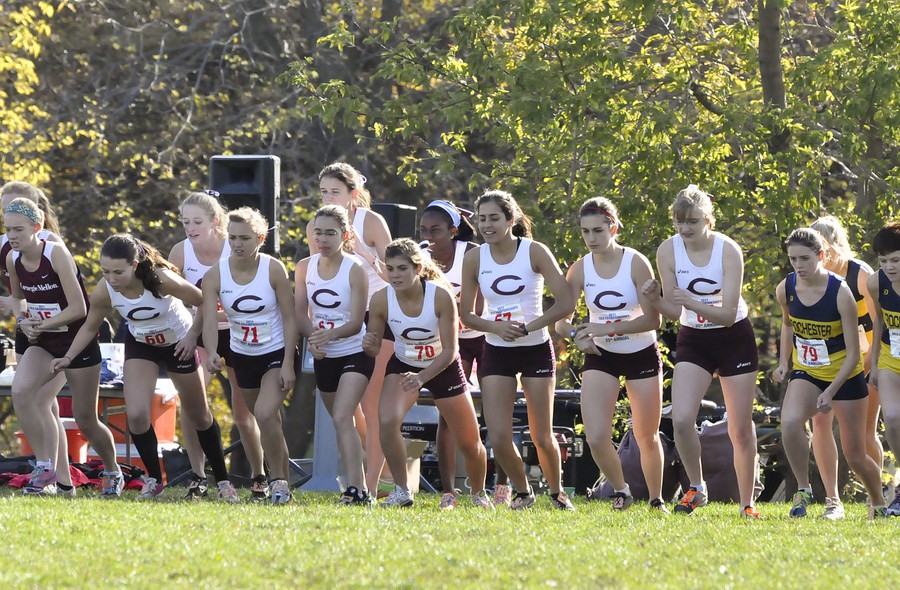 After the Maroons lost Liz Lawton, one of the greatest runners in school history, many on the national scene doubted whether they could compete on the national stage. Chicago overcame injury and illness to prove those doubters wrong. “I was pleased with the season,” said head coach Chris Hall. “It was a successful year.” The team capped the year with a 27th place team finish at the D-III National Championships in Oshkosh, Wisconsin.

Despite the finish, Coach Hall believed the team had greater potential. “Earlier in the season we thought we could place a little higher,” he said, “but [reaching] the national meet is always the ultimate goal. A couple of athletes were sidelined by illness and injury. If we had finished as healthy as we were at the beginning, we would have placed higher.”

Fourth-year Rachel Ohman, who earned All-American honors by placing 25th at the national meet, led the effort. Hall praised Ohman and her performance at the meet. “As a fourth-year senior, to be an All-American, and not just qualify for the national meet, is something special,” said Hall. Among the senior leadership, he also cited Ali Klooster and Sonia Khan for their contributions to the team. Looking forward to next year, the team has some shoes to fill. “We had three seniors in the top seven on the national meet team,” said Hall. “They showed outstanding leadership and talent, and they’ll obviously be missed.”

“We do need to overcome some losses,” he said. However, there are still the indoor and outdoor track and field seasons, so .for now. Coach Hall is focused on winter and spring. “The goal is now track, and it’s time to turn the page to another season.” After several early victories, a midseason fraught with injury, and a national meet performance led by another South Sider All-American, another women’s cross-country season is in the books.

Last year, fourth-year Rachel Ohman finished in the top 60 at the national meet and knew that the prestigious title of All-American was close. At this year’s national meet, she never let there be any doubt, as Ohman ran inside of the top 35 for the entirety of the 6k race, ultimately finishing 25th. After four long, hard years of training, Ohman was finally an All-American. The All-American title capped off Ohman’s best season, in which she ran as the Maroon’s number one all year. She started off the season with a bang, winning her first two meets, and the rest of the season continued in similar fashion as Ohman continued to deliver time after time again.

Rookie of the Year: Sarah Peluse

A Lake Forest College transfer, third-year Sarah Peluse had regularly bested her old teammates by over a minute. At Chicago, Peluse found the teammates she needed to get her to that next level. A consistent performer, Peluse was the only rookie to compete for Chicago at regionals and nationals. The Maroons will graduate three of their top five runners in fourth-year’s Rachel Ohman, Sonia Khan, and Jane Simpson, so having an infusion of young talent will certainly help the Maroons transition next year.

Kayla McDonald, or K-Mac, as she is affectionately known by her teammates, has always been a monster on the track. Traditionally a half-mile specialist, McDonald joined cross country last year in order to supplement her faster track workouts with more strength-oriented workouts. It paid off—last year’s track season was McDonald’s most successful yet, and she continued to build on that momentum during cross country. An All-Region performer at Rock Island, K-Mac has built up a solid foundation that will certainly help her continue to improve on the track, where she is only a second away from the all-time record in the 800-meter run.