Dining administrators are re-evaluating parts of the University’s new dining plan after fewer students than expected have been utilizing the Phoenix meal plan and the meal exchange program. 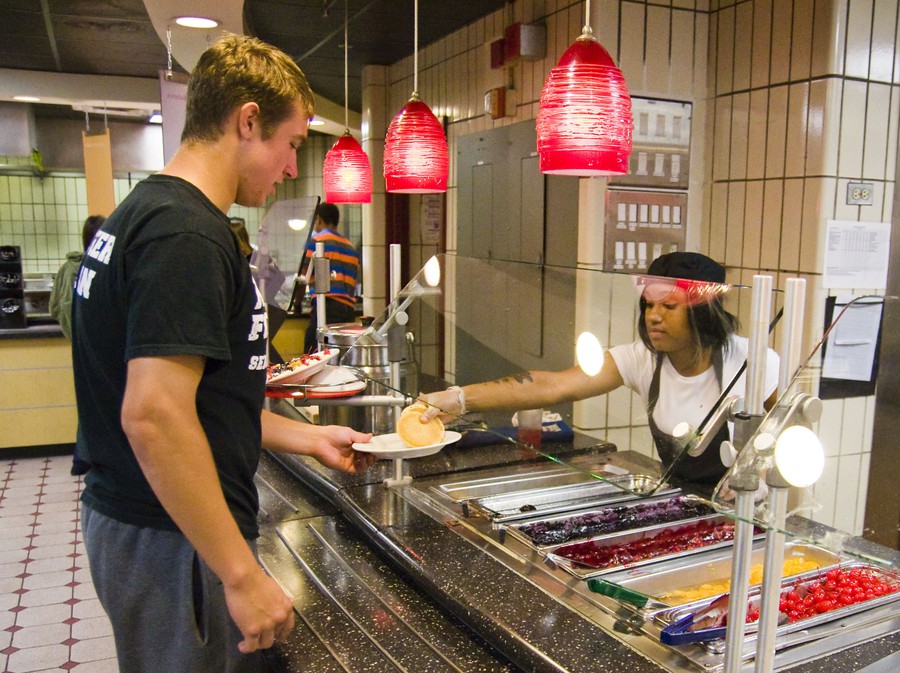 Dining administrators are re-evaluating parts of the University’s new dining plan after fewer students than expected have been utilizing the Phoenix meal plan and the meal exchange program.

Richard Mason, Director of Campus Dining, said that between 1,200 and 1,300 upperclassmen living in student housing could purchase either the Unlimited or Phoenix meal plan.

Both the Unlimited and Phoenix plans cost $1,667 per quarter, but Mason said that the increased number of retail options in the Phoenix plan gives it an equal value to the unlimited plan. Because the University must pay franchise fees and meet certain staffing requirements, a meal in a retail location could cost more for the University, he said.

“It’s more flex, but still has a very significant number of meals in the dining halls,” Mason said of the Phoenix plan.

Second-year Gwendolyn Stegall said that she chose not to change her unlimited meal plan because she liked its convenience.

Dining administrators will work with the Campus Dining Advisory Board (CDAB) and students who chose the Phoenix plan to determine how they can improve the plan, according to Mason.

Amelia Hawkins, a second-year who lives in I-House, said that she chose the Phoenix Plan because of the additional Maroon dollars.

“If I’m out around campus it’s easy to grab something to eat, and I can go get food on my own,” Hawkins said. Hawkins added that if she could change the Phoenix Plan, she would add even more Maroon dollars and decrease the number of meal swipes.

Students are also using just over 100 meal exchanges per week, a number that Mason felt was relatively low given that every student with a meal plan has meal exchanges. Mason attributed the low numbers to the fact that most students were unfamiliar with the program, which allows diners to use a meal swipe to purchase specific meal combinations at retail locations or student-run cafés.

“Meal exchanges are new and unusual on campus, and we’re going to support it,” Mason said. The dining office created a flyer explaining exactly how meal exchanges work, in hopes that more students will take advantage of them.

Second-year Emma Dries said that she was not entirely sure of how the meal exchange program worked.

“I know they have signs by some cash registers that explain meal exchange, but more signage would make it more clear,” Dries said.

While students have been slow to embrace the Phoenix Plan and meal exchanges, they have taken to Fourth Meal.

Although the numbers are promising, some students feel that the late night offerings, which include breakfast foods, milkshakes, and smoothies, lack healthy options.

“The dearth of vegetables was kind of disappointing. I would like some fruit, vegetables, spinach,” first-year Kelvin Lo said.

CDAB head and third-year Benjamin Lehrman said that the Board would address getting healthier options for fourth meal.

Mason said that administrators based some aspects of the current dining program on their visits, and are constantly considering new options. For example, Mason said a “carry-out” option at Johns Hopkins intrigued him, though there are no plans to add it to the U of C anytime soon.