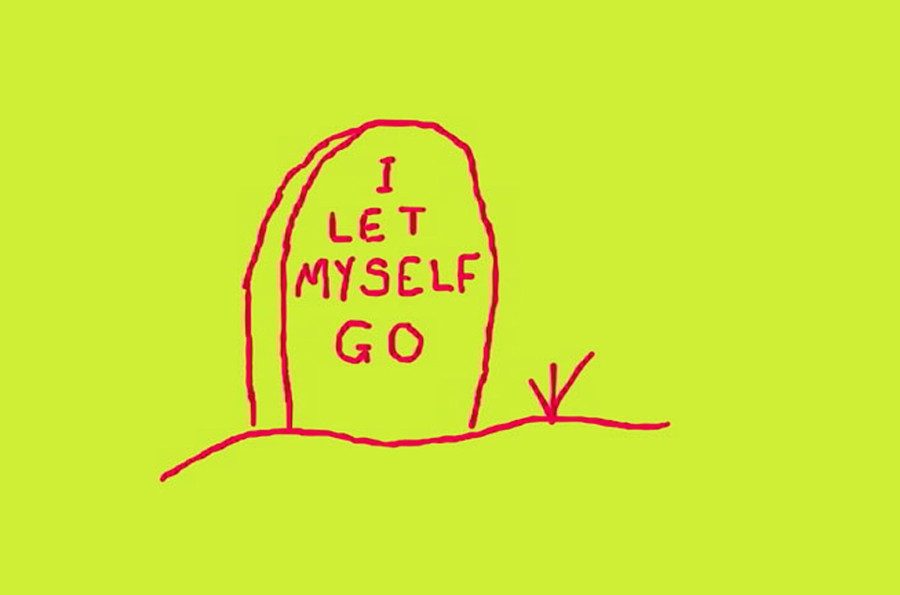 Courtesy of The Film Studies Center

This past Friday, Steve Reinke gave me a delirious and peculiar, yet engaging experience, which, in some ways, led to some self-realization.

Reinke, a Canadian writer, painter, video artist, and recipient of the 2006 Bell Canada Video Award, presented his film My Rectum is Not a Grave, composed of 18 short pieces, at the Film Studies Center this past Friday. An incredibly prolific artist, Reinke has had his work collected in various museums and festivals around the world, including the New York Museum of Modern Art, the Centre Pompidou, and the Sundance Film Festival.

To my surprise, Reinke started his introduction by modestly saying that there wasn’t much to say—he preferred that the audience watch the film first and let it speak for itself.

Reinke’s film is eclectic and disjointed, covering a variety of topics without a cohesive subject. It’s a collection of unrelated ideas and all kinds of observations from daily life. The film jumps around quite a bit, from a man who uses ashtrays as musical instruments (“Squeezing Sorrows from an Ashtray”), to a short piece that is just a series of highly taboo images (“Black Heart”). The genre of the pieces also vary greatly. The title piece “My Rectum is Not a Grave” is an abstract and angsty piece; “Everybody” is an animated piece that depicts a conversation among animals (an antelope, a jackal, a bat, etc).

At first, I wondered what the aim was of showing a group of short films whose style and substance vary so greatly. Was there really any connection among them? But as the film went on, I realized that no matter how diverse the topics were, the films all seemed to focus on and raise questions about human instincts, desires, and our relationship to cinematic images. In “Request,” Reinke asked a few men to take off their clothes and go completely naked. In “Testimonials,” he asked several men and women to imagine and depict in detail what it would be like to have sex with him (none of them had actually slept with Reinke). These films invite us to appreciate the beauty of the human body and rethink the fundamentals of human life. In “My Rectum is Not a Grave,” Reinke uses Ivan Besse’s late 1930s black-and white footage shots in South Dakota, overlaying them with his own voice and interpretations, and further exploring issues of sin and inner turmoil. Noteworthy is his footage of a football player, playing in a game, during which we hear this voice over: “I do not know what I am doing. I do not do what I want, but what I hate; that is what I do.... Nothing good lives in me, that is, lives in my flesh. It is my power to want the good, but not to do the good.”

Reinke’s work is not focused on technology but rather on the fundamentals of human nature. It is as disconcerting as it is enjoyable to watch him assault our expectations with just a camera and his wicked sense of humor. What is especially remarkable is his voice, which is low, personal, spontaneous, and dispassionate, giving the film a dull, yet comical effect. The absurdity provoked waves of laughs from the audience just as often as it led to self-reflection.

After presenting his film, Reinke concluded the event by describing it as a “compelling childish pleasure.” He mentioned in particular that he really loved how the University’s Film Studies Center combined all the pieces together into one. He explained that this resulted in the preservation of the work’s originality, which had often been compromised in the past due to the number of times the films were banned or not cut to Reinke’s satisfaction.