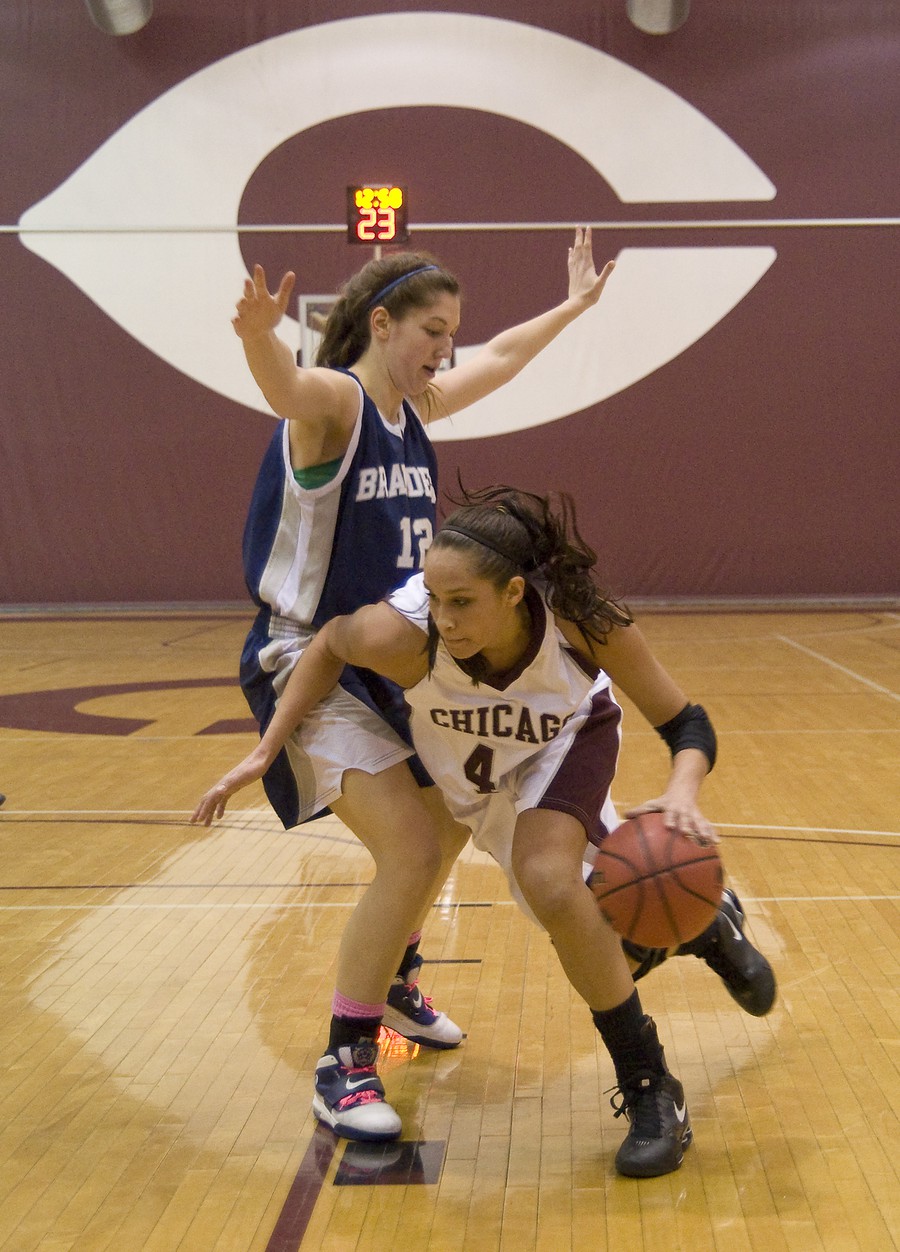 Here comes the Big Dance, and the Maroons may be juking all the way to the Shirk Center in Bloomington, IL. On Sunday, women’s basketball continued a thrilling season by clinching the UAA Championship and earning an automatic bid to the NCAA tournament in March.

“I’ve honestly never been on a team like this before,” affirms third-year Bryanne Halfhill. “We really have something special.”

The Maroons guaranteed a share of the UAA Championship with their win over Brandeis (11–12, 3–9) on Friday. The Maroons came in ranked sixth in the nation and posted a dominant 70–54 effort. Third-year Taylor Simpson notched a double-double with 18 points and 10 rebounds while four other Maroons scored double figures. The Maroons shot 46 percent from the floor including 11 of 22 from beyond the arc. On the other end, the esteemed defense of Chicago held the Judges to 31 percent shooting.

Despite their dominance, the Maroons machine showed some early sluggishness and managed only a four point lead at halftime. “I didn’t think we played with our usual energy or attitude in the first half on Friday,” said head coach Aaron Roussell. “But we settled into a groove for parts of the second half.”

“Heading into the game Sunday was especially nerve-wracking, after not playing so well on Friday night,” said third-year Morgan Herrick. “The last time we faced NYU, they played amazing.”

They need not have worried as Sunday’s game against NYU (12–12, 6–7) had a slightly different trajectory and the same result. In Roussell’s words, Chicago came in “determined to make a statement.”

They did just that, mounting a 45–21 advantage by the end of the first half and coasting to an easy 77–49 win. Third-year guard Joann Torres led with 14 points and third-year Meghan Herrick contributed 13 with the Maroons shooting a blistering 57 percent from downtown. The key, however, was the premier defense of the Maroons, which stifled the Violets to just 33 percent shooting from the floor with Meghan Herrick holding NYU’s leading scorer, Maggie Ely, to just three points, all on free throws in the waning minutes of the game.

The Maroons are now on a 17-game winning streak; however, things have not always looked so rosy this season. “After dropping three games [early in the season], we quickly realized that there was something common about each of those games that led to our defeat,” said fourth-year Karly Kasper. “We simply didn’t play together as a team.”

“We’ve learned throughout the season that team chemistry is everything, [regardless of] the talent of the team,” Torres agreed. “Success is love and looking forward to working hard every day.” In fact, the fourth-year players had to sacrifice something special for the team on Sunday.

“Typically, the coach starts the seniors on Senior Day,” reports second-year Jenna Lillemoe. “However, our seniors approached our coach and said that too much was at stake to mix things up, and [we] decided to keep the starting line-up as is.” With their championship win on Sunday, the seniors have a golden reward for eschewing individual goals and focusing on the big picture.

“We are thrilled about winning the UAA, but we’re not done,” cautions fourth-year Dana Kaplan. “We have big goals, and we’re going to keep working until we achieve them.” The Maroons take on Wash U in the season finale before advancing to the postseason. With unselfish play, the Maroons have overridden adversity and look to cement history. “It’s not how a team starts, but how a team finishes,” said Torres.