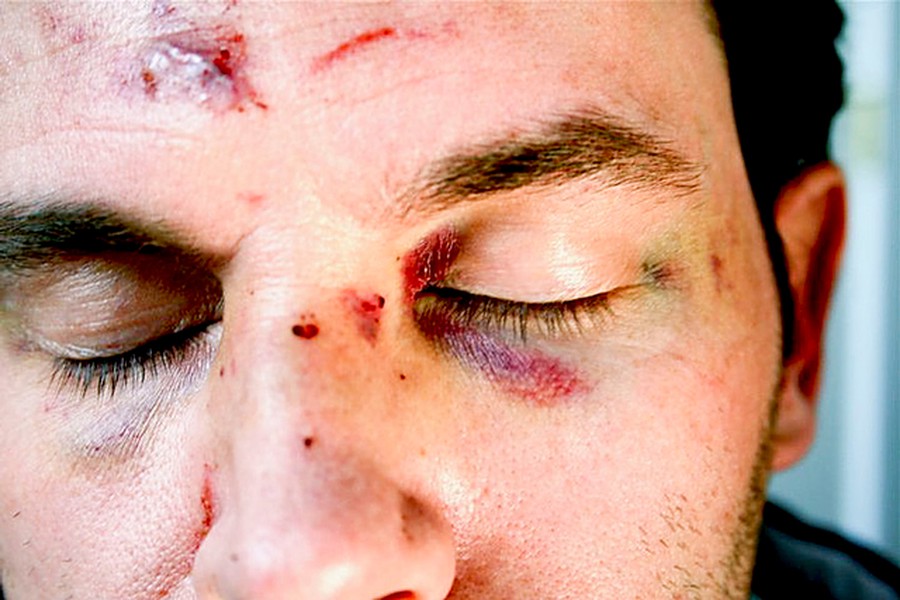 Over a year after the assault of Matthew Clark (Ph.D. ’06) and University lecturer and Ph.D. candidate [seen note], allegedly by Chicago Police Department (CPD) officers, the alleged victims have released new video footage of the beatings via YouTube.

The pair is also advertising a $10,000 reward for information leading to identification of the officers and has set up a toll-free hotline for tips. They hope that their case will have broader implications regarding the impartiality of the Chicago Independent Public Relations Authority (IPRA).

The two men claim they have been dissatisfied with the CPD’s response in identifying the non-uniformed officers, with official surveillance camera footage released last year, and with a lack of access to evidence from the police cruiser’s video footage, so they have taken a grassroots route to finding the alleged culprits.

They created a Facebook page last Tuesday and held a press conference March 23, where they announced the reward. Their deadline for naming the officer is set for May 4 of this year. They also revealed broader-view footage with the 9-1-1 call, which had not previously been released.

“If we didn’t have the video, we would have been swept away. If we were poor, we would have been swept away. I think all the pieces are in place here, and it is still so unbelievably difficult, and it’s eye-opening,” [see note] said. “When confronted with it in this way, we really have an opportunity here to bring accountability to the police in the city. It feels like a necessity on our part that we have to do it, we must do it, and we must pursue justice.”

The surveillance camera footage released last Saturday shows [see note] being thrown to the ground in a parking lot in Bucktown and beaten repeatedly by two men—the alleged unknown officers. Midway through the assault, uniformed officers arrive on the scene, apparently hold [see note] to the ground, then leave the situation without repercussions to the assailants.

The two claim they were left bleeding and unconscious on the ground. This image is one that [see note] said has prompted him to continue the search for the officers.

“There are times when I’m still talking about this and it’s difficult to even articulate feelings,” [see note] said. “There are moments when it is consuming. Just the last three or four weeks, putting together the overture to the media, putting together all kinds of videos, and making more information available.”

According to a press release dated March 23, the defense filed a motion to dismiss the uniformed officers to the U.S. District Court, which was subsequently denied.

Referring to the two pieces of footage provided by [see note] and Clark's attorneys, the court ruled that it was unlikely the assailants were private citizens. “It is not plausible that the Uniformed Officers would arrive at the scene of altercation, proceed to participate with unknown private citizens in the beating of other private citizens, and then allow the private citizens to leave,” the ruling read.

“We had been hopeful, perhaps skeptical, but still hopeful that through the process of deposing the uniformed officers (in January 2011), that the identity of the plainclothed officers would have been revealed,” Clark said. However, the process has proved arduous, as the identities of the alleged officers remain a mystery.

Both Clark and [see note] believe that their case tests whether the Chicago IPRA is truly independent and does not defer to the city. “One of the things that the complaint tries to do is argue that this kind of police misconduct and the way in which it continues to exist actually is a deep structural problem in the city of Chicago,” [see note] said.

“One of the major misconceptions is that we’re looking for some sort of payoff, and I’ve said this from day one. I’ve worked my butt off at the University of Chicago, and over time I’ve transitioned that into management consulting,” Clark said. “If the award at the end of this is one penny and the result of it is actual change in the system, that’s what we want out of this. The case is the first opportunity to try to get that awareness and put the city in the spotlight.”

Explaining the decision to offer $10,000 for the identities of the plainclothes officers, Clark said he believes that “if the city is not going to cooperate with us, all we have are individuals who had that information last to try and go out and get people to be aware of this.”

[See note] echoed Clark’s skepticism of Chicago’s criminal justice system, citing the difficulties he has encountered in the past year.

“We maintained that these officers would do the right thing and come forward, and I think that in the last six weeks or so we’ve come to realize that that’s not the case,” [see note] said.

Note: Some identifying information was removed from this article after publication.