Maroons have a good showing at Chicagoland Championships. 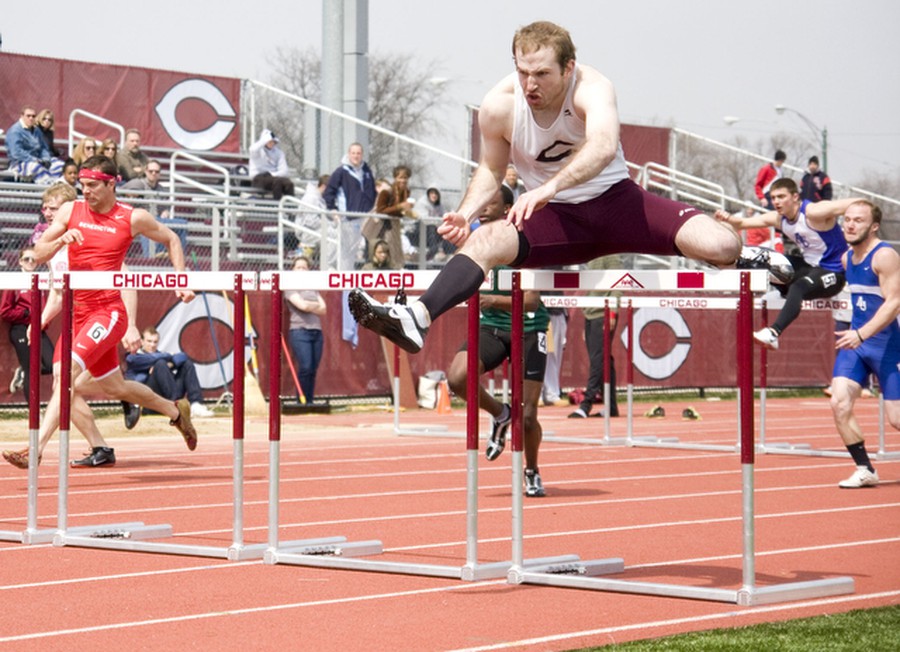 Track and field featured impressive individual performances in a respectable showing at the Chicagoland Championships in Hyde Park over the weekend. The men’s team finished third out of 20 teams on Saturday, while the women’s team finished fifth out of 21 teams on Friday.

Chicago did not finish in the top spot as they did last week at the Ted Haydon Invitational. The elevated competition led to a lower finish, but also to more impressive results.

“I think that the meet went significantly better than our first meet,” said second-year Julia Sizek, who placed second in the 5000-meter run for the women’s team. “The competition was much better, and I think that the team responded well. We really had some great performances on both sides.”

The men’s team boasted three national qualifying performances, two of which made their way into Chicago record books. Fourth-years Andrew Wells-Qu and Brian Andreycak set school records in the 800-meter run and the 110-meter hurdles, respectively, qualifying for nationals along the way. Fellow fourth-year Arthur Baptist also qualified for nationals with his time of 31:08 in the 10000-meter run.

“The men’s team had an excellent meet on Saturday,” Andreycak said. “It’s no small feat to have three national qualifiers this early in the season.”

“At this point in our training, we’re still putting a heavy burden on our bodies, especially with three days a week of weightlifting, so we don’t expect our best times yet,” Wells-Qu said. “When I run a school record, it just means that there’s more to come.”

Wells-Qu, Andreycak, and Baptist will join fourth-year Kristin Constantine as the four Maroons to have posted nationally qualifying performances thus far in the outdoor season.

Second-year Isaac Dalke was the only other Maroon to finish first for the men’s team, with his victory in the 5000-meter run.

At the women’s meet, Constantine stood alone in the winner’s circle for Chicago. The fourth-year thrower placed first in the hammer throw, beating out the competition by less than half a meter with her 48.95 m throw. She also took fifth place in shot put.

Despite their lack of first-place finishes, the women’s team enjoyed a trio of second-place finishes that played an important role in their overall finish. Fourth-year Ashley Eaves finished second in the 400-meter hurdles, third-year Rachel Ohman in the 10000-meter run, and Sizek in the 5000-meter run. Eaves, Ohman, and Sizek combined to score 24 of Chicago’s 77 overall points at the meet.

This year’s Chicagoland meet featured time standards to limit the number of competitors at the meet, but the Maroons were able to use the standards to their advantage.

“I believe that the time standards were really an asset for our team,” Sizek said. “We were still able to enter many individuals in our races.”

The Maroons will take their success at Chicagolands and look forward to the UAA Championships on April 22-23 at Emory.

“The Chicagolands meet is big,” said Andreycak, “but our most important event is the UAA meet, so we won’t be backing off of our training until next week in order to peak for Atlanta.”

The Maroons were expected to compete this Saturday at the Wheaton Twilight Meet. However, snowstorms in the extended forecast pushed the meet to Wednesday night, giving the Maroons precious little rest after competing Friday and Saturday nights. The earlier meet will also give the Maroons an extended rest prior to UAAs, which should work in their favor.