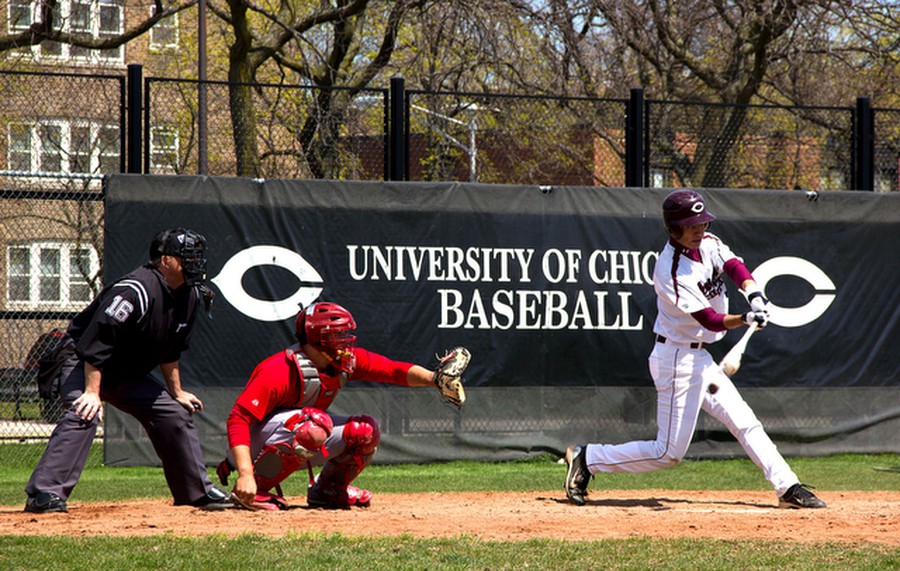 Armed with fresh memories of a tripleheader sweep at Wash U last Saturday, the Maroon baseball team looks to carry forward the momentum against Concordia University at 3 p.m. this afternoon. Wednesday’s game against Concordia had been postponed due to inclement weather conditions.

Fourth-year center Jon Chua doesn’t let the rain bother him, and it doesn’t seem to have bothered the team either. “[The season has been] rather successful. It is just unfortunate how many opportunities to play we have lost due to the weather. Hopefully we can schedule some make up games in the upcoming weeks,” Chua said.

Carrying a 14-7 record into the next few weeks, the team is preparing to play against regional competitor Concordia and then Depauw at home on Sunday. The Maroons are not taking Concordia lightly, despite Concordia having won only eight games out of 33 played. “The Concordia game will be one of our toughest challenges this season,” assistant coach Scott Budeselich said. “Our seniors have had this game circled all year, as they have yet to beat them in their 3 previous tries.”

Budeselich believes the key to beating them lies in a strong defensive effort. “We will have to pitch, hit and play defense for all nine innings to have a chance,” he said.

Second year short stop Steve Schwabe echoed Budeselich’s sentiment. “Concordia is a strong regional opponent [so it’s necessary] to come out firing on all cylinders,” he said. “Everyone will have to do their jobs in order for us to pull out a victory.”

Sunday’s home game against DePauw, who recently dropped to 16-20, is another game the Maroons are not taking lightly. Although the Depauw game is important, several members of the team, like Jon Chua, are looking ahead to May 3’s double header against North Park. The game will be critical for the Maroons if they want to keep their playoff hopes alive. “It’s an important game against another good regional opponent.” Chua said. “We need to keep playing quality baseball,” said Schwabe.

With seven games left in the regular season, Budeselich emphasized the importance of staying focused on making a strong playoff push. “With some wins over the next week, we hope to be able to put ourselves in the discussion as one of the top six teams in the region and be able to be considered for a post-season bid.”