Important pieces of the Seminary's historic old building are being preserved. 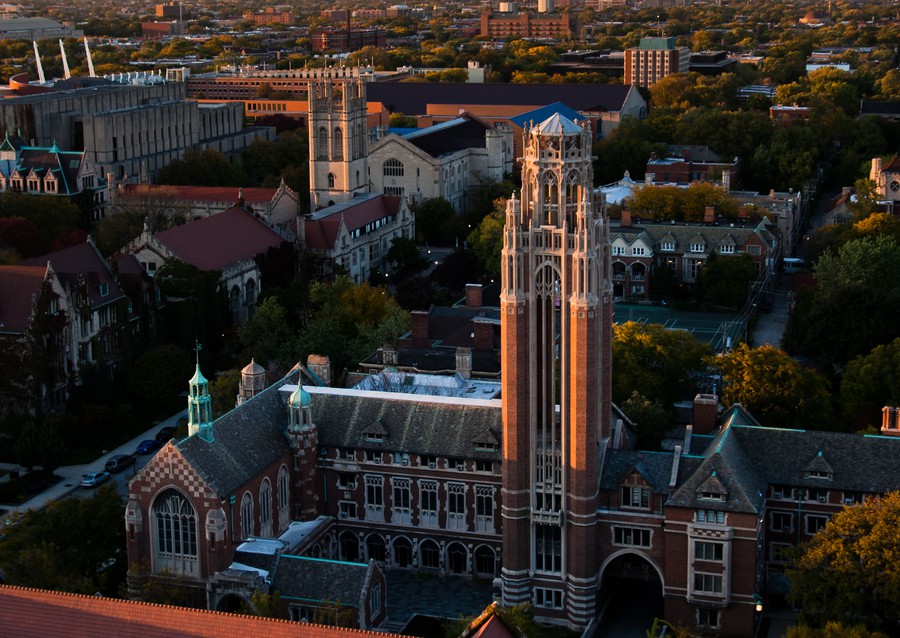 After years of development, restoration, and occasional controversy among faculty at the University, the Chicago Theological Seminary (CTS) moved into its new location on 60th Street last week.

The final step is the full installation of the building's green roof, for which the University received a $50,000 grant. The 5,000 square foot roof will be covered in eight inches of soil for plant growth and will help insulate the building, University spokesperson Steve Kloehn said.

Some of the stained glass that was an important part of the seminary’s heritage in the old CTS building at 5757 South University has been installed in the 60th Street location, according to Kloehn. Other pieces will remain on 57th street and another set will move to an undecided third site.

“The University is also working with a partner to ensure those windows will be available to scholars and to the public in an appropriate setting, and we hope to have more news on that soon," Kloehn wrote in an email.

Meanwhile, Ann Beha Architects, a Boston firm, will complete renovations for adaptive reuse on the old CTS building, which is currently near 58th Street. The Seminary Co-Op Bookstore will move from there to McGiffert House, renovated by architecture firm Tigerman McCurry, in early 2012.

A coalition of professors, in addition to the Committee on Open Research on Economy and Society (CORES), opposed plans to replace the 58th street building with a structure that would house the Milton Friedman Institute, which has since been renamed the Becker-Friedman Institute for Research in Economics.

Designs for the 58th Street building have been downsized, with the architects studying the needs of the Becker-Friedman Institute and the functionality of the building. Renovations are slated for completion in 2013.