Top-ranked rivals clash at Wash U 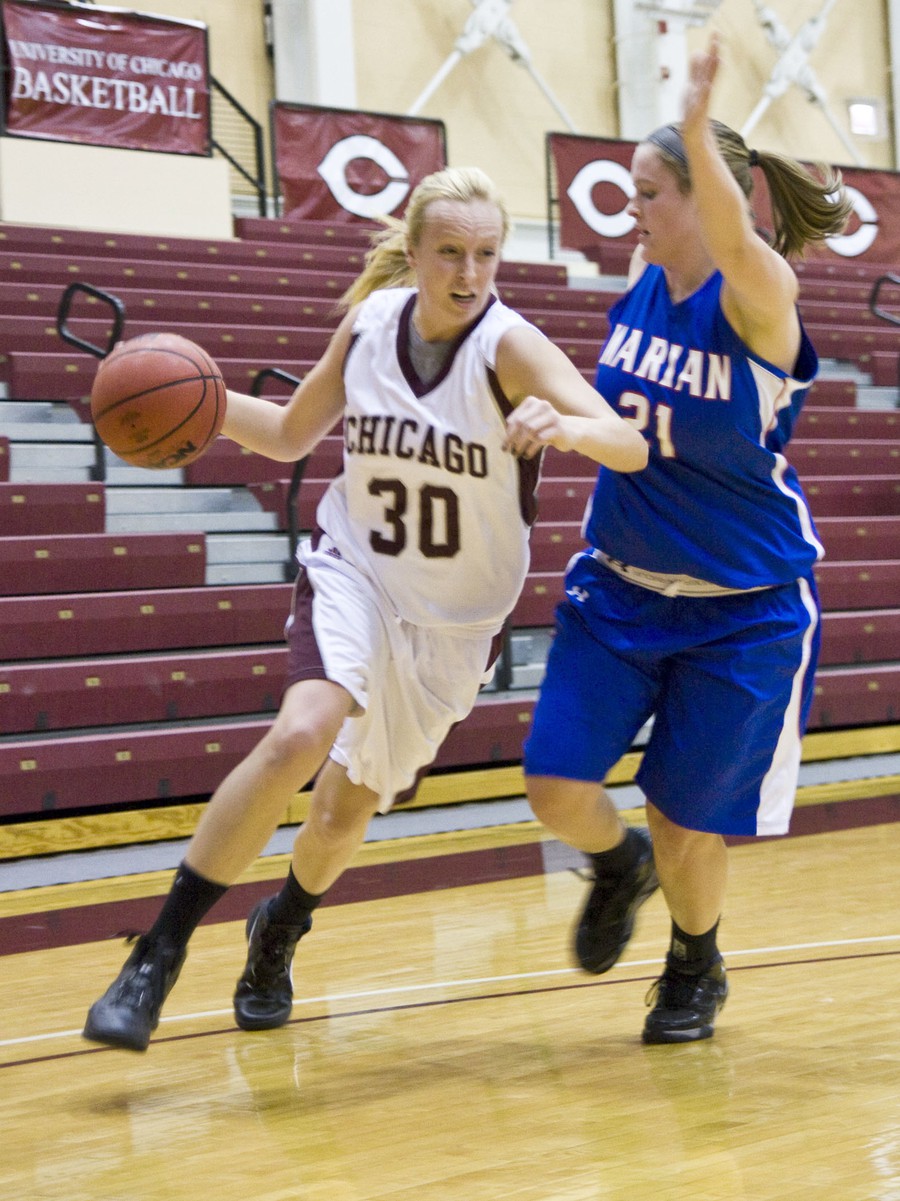 As far as rivalries go, that between Wash U (10–2) and Chicago (11–0) is one of the biggest in D-III sports. Wash U was a behemoth in the late nineties, winning consecutive national titles from 1998-2001. Remember all the commotion being made about Connecticut’s unbeaten streak last year? Wash U’s win streak is only nine games shorter, at 81. The past couple years, however, Chicago has taken the title of ‘Best Team in the Midwest,’ knocking off Wash U twice last year in the regular season and winning the UAA crown. Wash U was down, but not out—they ultimately came back in the Elite Eight to defeat the Maroons. The loss still lingered in the minds of some Chicago athletes as they walked into the Washington University Field House, an always raucous environment.

“There was a lot of energy in the gym,” fourth-year forward Morgan Herrick said. “I think most of it stemmed off both teams as we were more than ready to play each other since the last time we faced each other in the NCAA tournament.”

“The atmosphere is always loud and energetic. Wash U fans are supportive of their team and they let any opposing teams know it,” said fourth-year forward Meghan Herrick. “This type of energy makes it fun to play in such a rivalry game.”

The game lived up to the hype, as the game was a back-and-forth affair that featured big-time players making big-time plays down the stretch. Fourth-year guard Bryanne Halfhill knocked down a three-pointer in the opening minutes of the game to give Chicago an early edge. Halfhill would continue to rain threes all night, finishing 5–8 from beyond the arc, and leading the Maroons to a 65–62 victory.

Chicago controlled the early parts of the first half, stretching the lead out to five on a three-pointer from third-year guard and NYU transfer Maggie Ely. Wash U took control after that, going on a 20–8 run to close out the half.

“Wash U is a well-coached team and has good players,” Morgan Herrick said. “They capitalized on our defensive lapses when we didn’t get back in transition and let them have second chance points.”

Part of the problem, according to fourth-year forward Meghan Herrick, came from stagnation on the offensive end.

“I think we were playing timid. Normally we are constantly moving within our offense and take shots as they come, but this game we knew they were sagging heavily off of us, so we didn’t want to take the first open three, because there were plenty of shooting opportunities,” said Meghan Herrick. “I think we got into our own heads a little bit and did not play within ourselves.”

The lead was quickly whittled down at the start of the second half thanks to consecutive buckets from fourth-year center Taylor Simpson and eight straight points from Bryanne Halfhill. The lead stretched out to as much as 11 after an Ely three-pointer. Wash U made one last push, getting the lead down to one on several occasions. With just 1:17 left, a three-pointer by Lucy Montgomery gave Chicago a one-point edge, prompting Roussell to use a time-out. A layup from Meghan Herrick out of the time-out put pressure on Wash U to come up with a bucket. A strong defensive stand and yet another Halfhill three-pointer put the game out of reach.

Besides Halfhill’s big night, Simpson also put an efficient line, scoring 14 points off 5–8 shooting from the field to go along with eight rebounds. Morgan Herrick, in her first game with extended minutes after undergoing her fourth knee surgery, also chipped in 10 points to go along with six assists and five rebounds.

Chicago took to the court again yesterday against Marian (WI). The team, known for its three-point shooting, struggled to get open looks against a stingy Chicago defense. Chicago struggled to take care of the ball offensively, but was able to put the Sabres away by a score of 63–52 behind strong play from Joanna Torres (3–4 from behind the arc) and Taylor Simpson (14 points, six rebounds).

“Twenty-four turnovers is way too many. It’s disconcerting how poorly we took care of the basketball,” Roussell said. “We thought we had this game buried and I think we coasted.”

The Maroons fly to Pittsburgh to take on Carnegie this Friday.