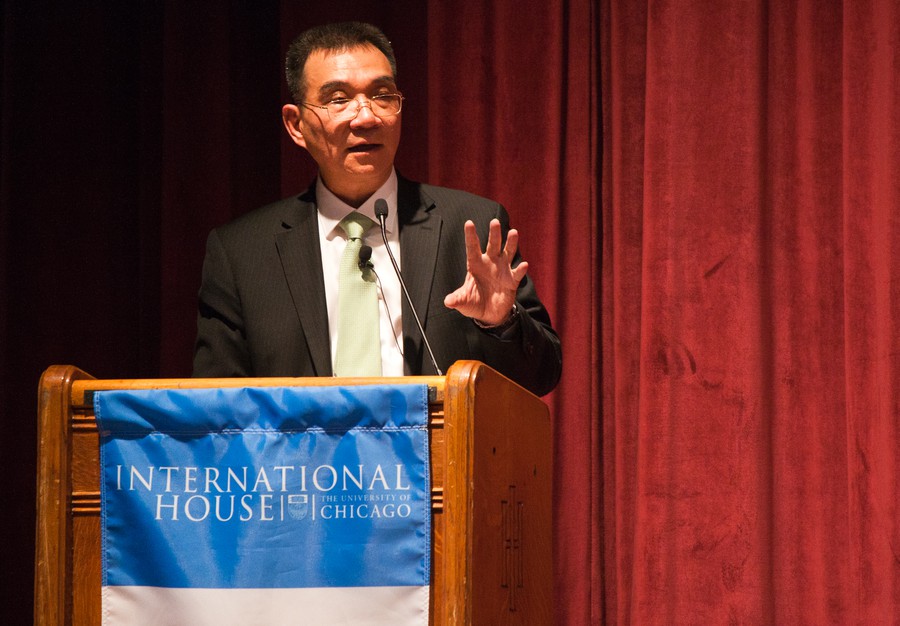 Chief Economist of the World Bank Justin Yifu Lin (Ph.D. ‘86) lectured at his former residence in International House on Friday to unravel the tale behind the last 30 years of Chinese economic growth, as well as the costs that growth has exacted and the uncertainties that lie ahead.

In his new book Demystifying the Chinese Economy, Lin argues against misconceptions about China’s past and provides insight into its future. The talk was structured around five questions which probed into the causes and effects of China’s status as the world’s second largest economy and its 9.9% growth rate for the past 32 years.

Lin, the author of 18 books, discussed the origins of China’s achievement, highlighting its resistance to encroaching global trends and its provision of some transitory protection from the state.

“In contrast to other countries, China did not follow the Washington Consensus during our reforms,” he said.

However, Lin cited growing income inequality as a cost for China’s miraculous economic U-turn. “The widening of economic disparities is causing social resentment,” he said. “There is a transfer of wealth from poor people to large corporations because of the heavily subsidized large estate banks.”

During the question and answer period, an audience member asked about the environmental costs of China’s growth. Lin acknowledged such problems, but he urged the audience to take them in a historical context.

“The [environmental] problems should be seen in stages,” he said. “Remember that London used to be called the ‘foggy city?’ This was because they too were then in the manufacturing stage.”

Regarding China’s economic trajectory, Lin is “optimistic” and believes the country can maintain an eight percent growth for another 20 years: China’s per capita income growth in relation to that of the United States matches those of Taiwan, Korea, and Japan during their boom periods, and all three countries maintained this growth rate for two decades.

Lin pointed out the lessons that China’s story may offer to developing nations. He emphasized the need for emerging economies to structure themselves according to their comparative advantages—an idea he traces back to his university education.

True to his name, a Confucian reference that means “a persistent man on a long journey,” Lin’s message was clear: The Chinese economic narrative has only just begun.