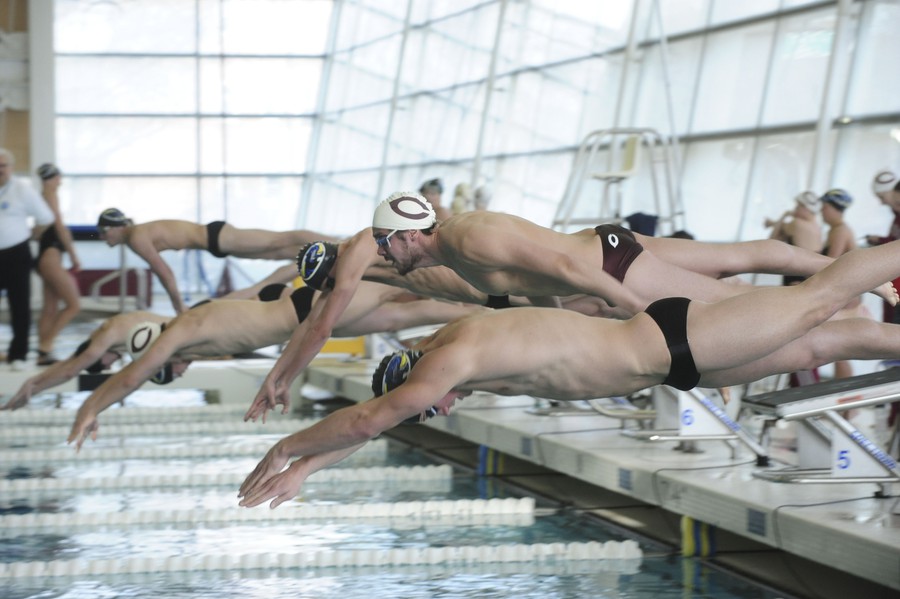 The undefeated men’s swimming and diving squad will play host to the Chicago Invitational this weekend, where it will compete with an eye toward the looming UAA Championship meet that is just a month away. In the multiple-session meet, the Maroons will go up against several other Midwestern schools, including traditionally strong programs such as Calvin College and Lincoln College. "We’re going to try to continue to improve, and work on the little things. Things that we didn’t do so well last week,” Head Coach Jason Weber said.

The Maroons are coming off a dominating win over Kalamazoo (214–86) that saw four Chicago divers set NCAA candidate times, with third-year Bobby Morales setting the school record in the three-meter dive. Morales posted a score of 315.60 on the record-setting plunge. However, Weber and his squad will not be satisfied with regular season success.

“This meet, as with most of our season, is another training opportunity…working into our weekly plan,” Weber said.

Despite the team’s head-to-head successes, Weber said, “[There are] still a lot of things we can work on…things like race plans, turns, and starts.”

At the Invitational, the Maroons will go as far as their first-years take them, as has been true the majority of the season. Out of a class of 11 first-year swimmers, three have already been named UAA Athletes of the Week, contributing many of the team’s wins in individual races. “They’ve done really well,” Weber said of his first-years. “They haven’t been through a season, so I don’t know how they respond to full, taper, and rest….Hopefully when we get to conference championships we’ll see personal bests.”

Considering the youth of his team, Weber is especially excited about the format of the upcoming invitational.

“The number of races [they’ll swim] is something that’s good for them,” Weber said. “We don’t have too many meets like this.”

Heading into the Invitational, the men’s swim team is on pace to compete for one of its best seasons ever, especially with regard to NCAA qualification. So far, only second-year Andrew Salomon can be considered a lock—he has the nation’s second best time in the 500-meter freestyle—but Weber is optimistic that the team can potentially qualify up to eight Maroons in the last meet of the season.

The Chicago Invitational will take place at Myers-McLoraine Pool at 6 p.m. on Friday and at 10 a.m. on Saturday.