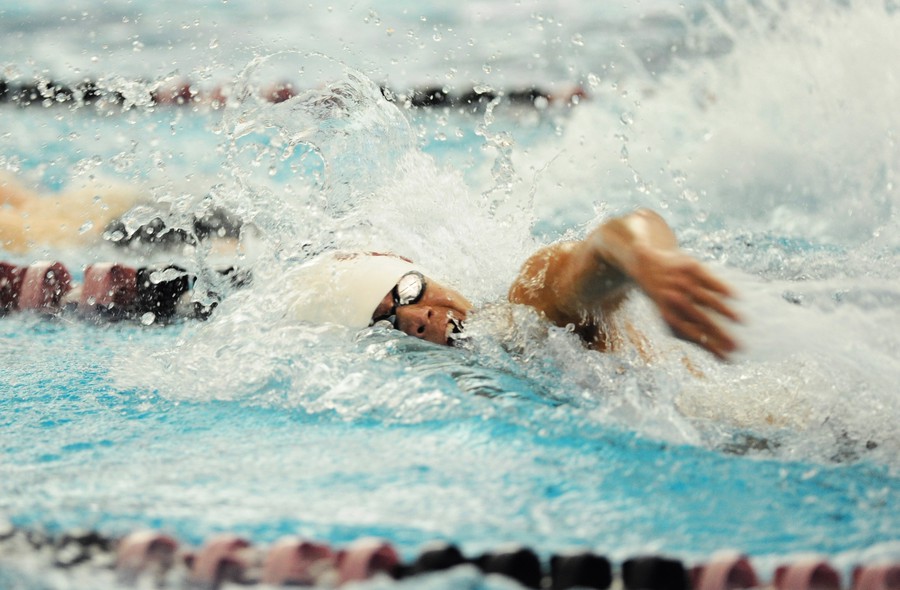 Men’s swimming and diving took first place in a field of 10 competitors at the annual Chicago Invitational over Martin Luther King, Jr. Day weekend. The victory was ripe with top performances from established athletes and even a school record from a new face.

Chicago led the field by a large margin, finishing ahead of second-place Calvin College by 125.5 points and third-place Lincoln College by 149.5 points. The first-place finish featured a flurry of individual winners, both in swimming and in diving. Second-year swimmer Eric Hallman placed first in the 400-meter IM and the 500-meter freestyle, first-year Andrew Salomon led the pack in the 200-meter and 1650-meter freestyles, and first-year Andrew Angeles won in the 200-meter breaststroke.

“This meet gave us a chance to enter people in events they wouldn’t usually swim, so we were able to see just how deep and versatile we really are,” assistant coach Krista Carlson said.

A deep squad will be vital down the stretch, as injuries can derail even the highest performing teams come playoff time. The Maroons have already suffered injuries to key swimmers, the effects of which may be seen as soon as this weekend.

“Our top breaststroker, Angeles, is out with a second degree burn and our top backstroker, [first-year] George Gvakharia, is just coming back from a sprained ankle,” head coach Jason Weber said.

“Right now our team needs to focus on staying healthy and keeping the intensity up in practice,” Carlson said. “We really only have about a month left of the season—not including NCAAs—and staying focused is key.”

This weekend, Chicago will host UW–Milwaukee, a more daunting opponent than they have faced all year. The Panthers made the trip to Hyde Park last season and walked away with a dominant 208.5–91.5 victory, something the Maroons do not plan on allowing again.

“[We expect] to win some events and compete with them,” Weber said, “not get blown out.”

“The UW-Milwaukee meet will definitely be a great opportunity for us to contend against a good team and allow us the opportunity to step up and race,” Carlson said.

The Maroons’ success so far has been impressive, but they must swim at a different level in order to match the likes of UW-Milwaukee and, further down the line, DePauw. Both meets are at home and will prepare the team for even higher stakes competitions, such as the UAA Championships in Cleveland and the DIII Championships in Indianapolis.

“We’re in a good place with our performances up to this point,” Weber said. “Hopefully the last two meets will be our best because they will have to be wins.”

Chicago faces UW-Milwaukee at the Myers-McLoraine Pool this Saturday at 1 p.m.