Where atoms once raced, history is lost

Before welcoming the University’s new William Eckhardt Research Center in 2015, the University will have to demolish the Enrico Fermi Research Institute in Feburary, which occupies the Center’s future site and boasts 67 years of history. 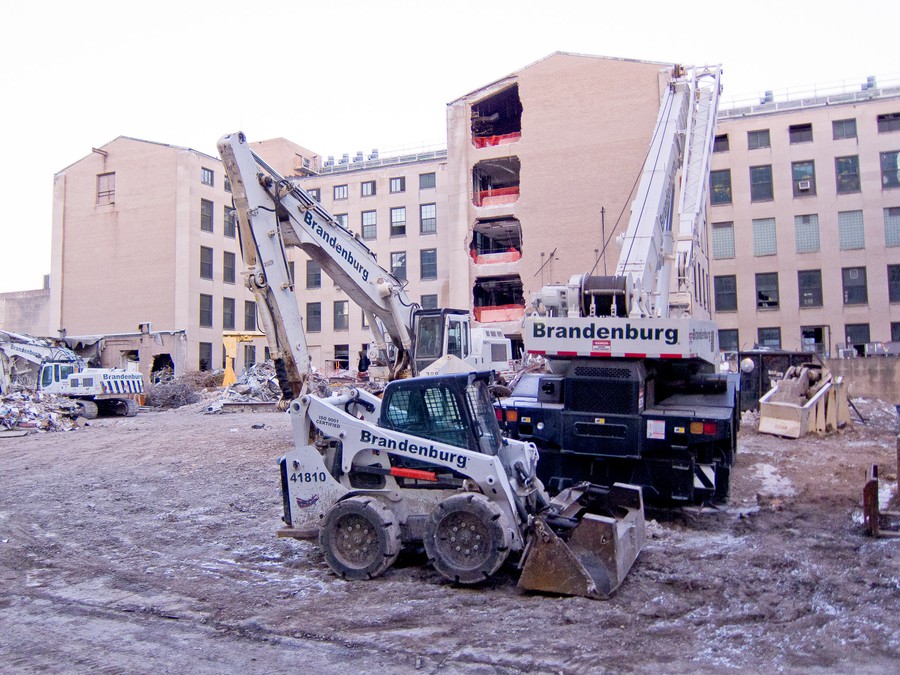 Before welcoming the University’s new William Eckhardt Research Center in 2015, the University will have to demolish the Enrico Fermi Research Institute in Feburary, which occupies the Center’s future site and boasts 67 years of history.

Built on the northwest corner of East 57th Street and South Ellis Avenue in 1945 after World War II, the Fermi Institute was “an outgrowth of the research that was brought here from the Manhattan Project,” said Emil Martinec, the Institute’s current director. Then-Chancellor Robert Hutchins intended for it to bridge the disciplines of traditional science and technology, an alliance which began in the Manhattan Project. Since then, it has been the site of breaking research in astronomy, astrophysics, and high-energy nuclear physics.

“Some of the most scientific events happened in this area and in this building,” said Grahm Balkany, a Chicago-based architect whose work includes preservation projects. “[The University will be] losing a major part of its history when this building is [torn] down.”

In anticipation of the move, the Institute’s theorists have moved to other buildings around campus.

“[The construction] is having an effect on the research that’s being done, and it also will, in the short term, affect us in terms of tracking new faculty,” Martinec said. The old center held tens of thousands of square feet of office and lab space.

However, the Eckhardt Center will provide a single space for the Institute’s research to continue—a boon for researchers reliant on cooperation across fields and between offices. “[The center’s design will] force collaboration and what we call ‘collisions of people’ between experimentalists and theorists,” Project Manager John Ekholm said. “And those are vital to discovery.”

Martinec agreed, noting that there has been a “diaspora” of scientific minds at the University since the James Franck Institute’s move south of East 57th Street and the consolidation of the Cosmology department in the Laboratory for Astrophysics and Space Research on East 56th Street near Drexel Avenue.

“One of the important things about research space is: does it facilitate people interacting with each other?” he said.

To ensure that there will continue to be a productive place for research on campus, Martinec is working closely with the Dean’s Office for the Physical Sciences and project managers on the advisory committee for the Eckhardt Research Center’s construction.

Whether or not the Fermi Institute will be formally memorialized remains unknown, though its departure has not been without pomp: A cornerstone from the building containing a time capsule from 1949 was ceremoniously removed this past summer. “We don’t know quite what the plans will be for the reuse of that cornerstone,” Ekholm said.

Even if the same cornerstone marks the Eckhardt Center, Balkany feels that something will be lost without the old building.

“Architecture is a three-dimensional living experience, whether you’re walking by it or inhabiting it. The presence it gives is palpable when you’re there, when you’re in the building. There’s no comparison between some kind of placard or monument and the actual thing that was there,” Ekholm said.

The James Franck Institute’s low-temperature laboratory was demolished in August 2011. By the end of February 2012, the clearing of the Fermi Institute will be complete. Currently, the Eckhardt Research Center is projected for completion on May 1, 2015.