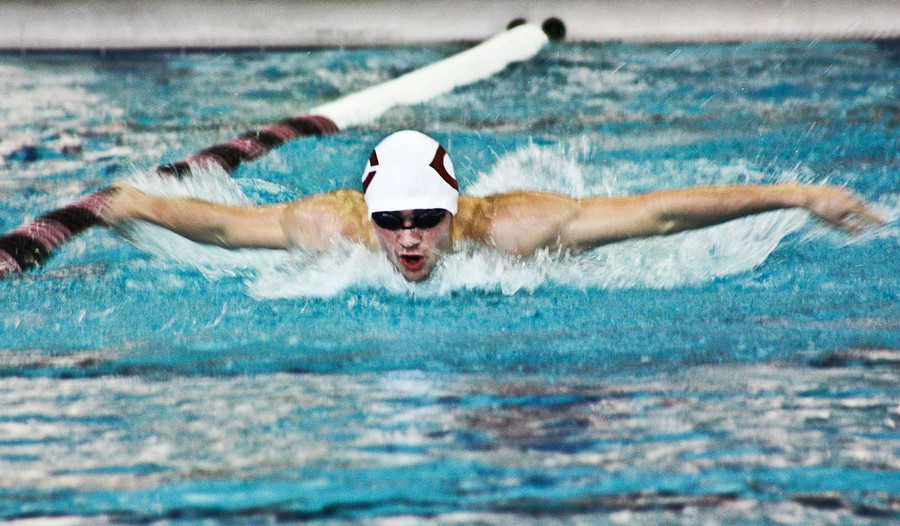 The men’s swimming & diving team (4–1) suffered its first loss of the season on Saturday against DI opponent UW-Milwaukee. The Maroons lost every event in which they competed en route to a 173–79 defeat.

“They are a very good DI team and they swam well. We did not,” head coach Jason Weber said.

As a DIII team, Chicago typically needs an extra push from its swimmers and divers in order to compete at the same level as DI schools. In terms of whether or not this was present on Saturday, Weber felt it was not.

“I was not enthused about our performance. I didn’t think we put forth the effort necessary to compete with them,” Weber said.

UW-Milwaukee also featured a broader range of swimmers, another advantage of being a DI team.

“Our rivals had a wider variety of swimmers who were specialized in single events,” first-year swimmer George Gvakharia said.

The fact that their first loss came against a higher-level opponent has kept Chicago from turning to despair, despite the new presence of a tally mark in the loss column.

“I don’t think this meet will affect our morale,” Gvakharia said. “Apart from the fact that we were racing against a DI team, we had a really tough week in terms of yardage and intensity.”

For Chicago, this meet typically comes immediately after one of the season’s more difficult stretches of practice.

“This is always a tough meet for us, not only because of the competition, but because we just came off of our toughest week of training in the entire year,” Weber said.

Instead of dwelling in the past, though, the team is looking ahead to its next meet against DePauw University.

“As Coach Weber said, we should always look forward to what comes next and analyze our mistakes. We should now be more focused on beating DePauw next week and keeping up our hard work,” Gvakharia said.

Chicago will try to bounce back by returning to the hallmarks of their otherwise successful season—hard work and practice.

“[We will rebound] by swimming fast and beating DePauw,” Weber said, “We’ll have a better week of training and be ready to go Saturday.”

The Maroons will take on DePauw at 1 p.m. this Saturday in the Myers-McLoraine Pool.