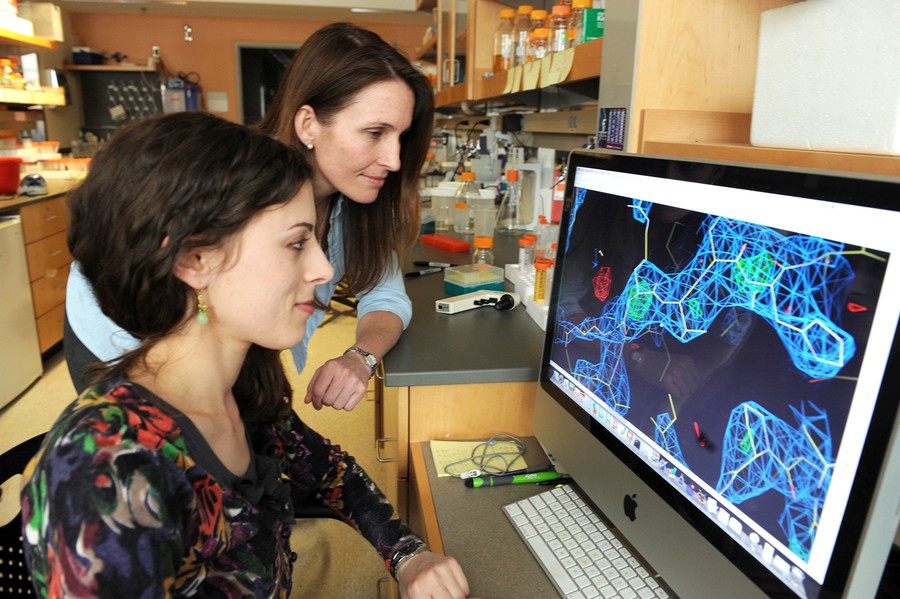 A joint effort between the U of C and Northwestern University to foster collaboration among female faculty in the sciences and mathematics is in full swing, aiming to combat perceived under-representation of women in those fields.

The program, the Chicago Collaboration for Women in STEM (Science, Technology, Engineering, and Mathematics), began last fall. High on its list of goals are professional services for female faculty and a system of support for those who feel alienated in their divisions.

“A huge issue in the sciences is the sense of isolation,” said Mary Harvey, the University’s associate provost for program development and member of STEM’s organizing committee.

The program has two tracks. One is “Navigating the Professoriate,” which intends to strengthen skills understood to be crucial to the early careers of female faculty without tenure. The first workshop in the program, titled The Art of Negotiating, offered advice on how to plan an academic career 10 or 15 years in advance. The second track, “Beyond Tenure,” aims at future development and career advancement for associate professors and academics.

An additional byproduct of the program is a network for women in STEM that they may not have had otherwise.

Melina Hale, associate professor in the Department of Organismal Biology and Anatomy, is one participant in the “Beyond Tenure” program.

“Being able to get together in these University-sponsored events—these STEM events—to get to talk about common issues, potentially, or concerns, gives us a new community of women in similar circumstances to have more support,” she said.

The Office of the Provost compiled a Faculty Climate Report in 2006, asking professors in the Humanities, Physical Sciences, and Social Sciences Divisions and the Divinity School to assess the openness of their academic environment and their quality of life, including factors regarding gender. The percentage of faculty, both male and female, who cited the “Climate for Women” as a negative factor in their desire to remain at the University was lowest in the Physical Sciences division.

Seventy five percent of female respondents said that they agreed with the statement, “You do a great deal of work that is not formally recognized by your department,” versus only 58 percent of men.” Women were also more likely to say that they felt isolated socially (38 percent versus 29 percent for men) and intellectually (34 percent and 30 percent) in their departments, although this difference was not as statistically significant.

The program has the potential to bridge that gap of isolation, Harvey said, as well as to raise the level of academic collaboration among female scholars.

“[STEM] isn’t just about what [female faculty] can learn about the presenter or panelist. It’s also very much about the opportunity to network with scientific women colleagues both at UChicago and Northwestern,” Harvey said.

Erin Adams, assistant professor in the department of biochemistry and molecular biophysics, said she agrees with the perceived lack of women in those fields.

“There aren’t a lot of women faculty in my department. There’s only one other woman,” she said.

To remedy the problem, “Navigating the Professoriate” includes dinners with senior female faculty, along with presentations by U of C and Northwestern faculty in the science and education fields. “Beyond Tenure” involves panel discussions and workshops that present a range of career paths.

“The ideas are sort of percolating,” Hale said. “There are definitely interesting ideas presented…on imagining your career and thinking forward about what your interests are in different aspects of being a scientist, such as administration.”

The coordinating committee will keep track of STEM’s progress by asking faculty to answer pre- and post-program evaluations. “We really want to understand whether this is having an effect on those who are participating,” Harvey said.

For Adams, the program has already taken effect. “I’ve become more vocal about the need to hire more women in our department. I’ve spoken with my chair. I’ve brought these things up in faculty meetings,” she said.

Generally, many participants have reacted positively to the program. “I think the women are really enjoying what they’ve experienced and enjoying the opportunity to get together with other women in science,” Harvey said.

The program is currently working to reach out and expand its participation. “We’re growing and we’re interested,” Harvey said. “We need to do more to reach our faculty and get them involved in our program.”