Rochester to arrive for battle of unbeatens

Chicago and Emory, ranked second and fifth in the nation, respectively, face off on Sunday in what is sure to be an epic duel between two of the best teams in the country. 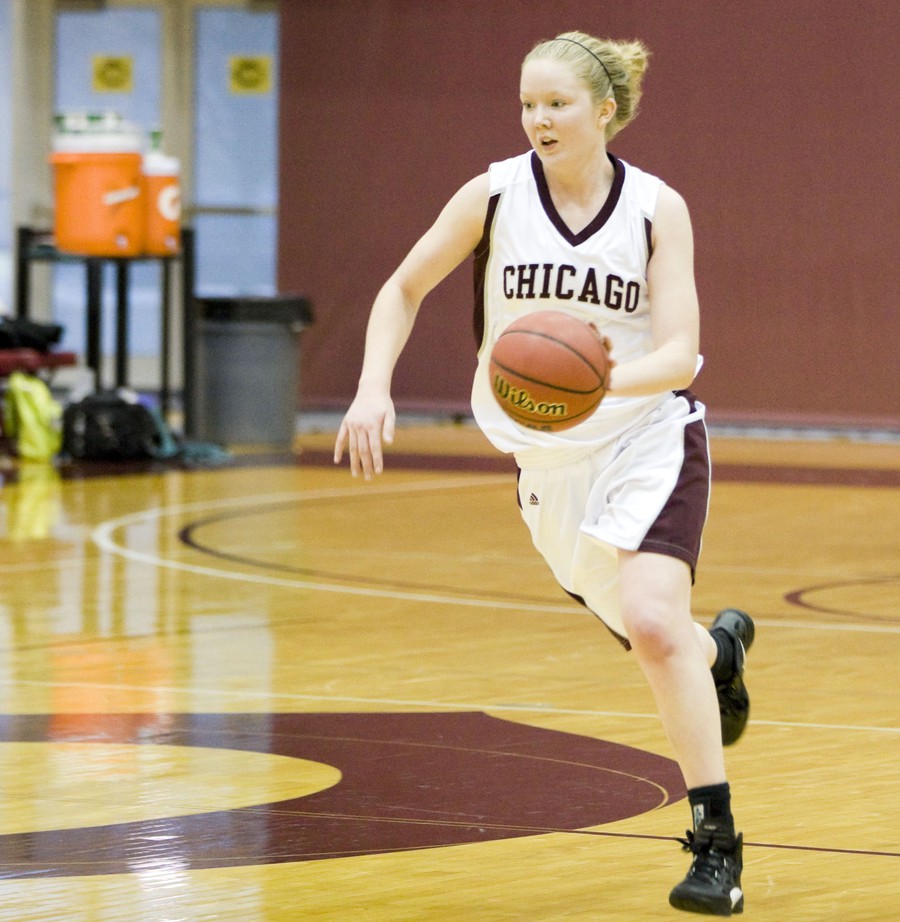 The times, they are a-changin’. Especially in the UAA. Once one of the most dominant programs in the country, Wash U (14–2, 4–1) is sitting third in the conference behind the new kids on the block, Chicago (16–0, 5–0) and Rochester (16–0, 5–0). The two new titans in the UAA, ranked second and fifth in the nation, respectively, face off on Sunday in what is sure to be an epic duel between two of the best teams in the country.

Head coach Aaron Roussell, sticking true to his one-game-at-a-time mantra, was adamant that the focus, first and foremost, would be on defeating Emory tonight.

Fourth-year forward Meghan Herrick said that depth will be key in defeating a tall Rochester squad, which features three six-footers in its starting line-up.

“The challenge with playing our team is that everyone is a threat and a scorer,” said Herrick. “It's difficult to guard and lock down five people all game long, so hopefully we can break them down from different positions throughout the game.”

Before then, Chicago will play Emory, another up-and-comer in the UAA. Emory is the only team in the UAA that scores more than Chicago, at 74.4 points per game. Much of that scoring comes from prolific sophomore guard Hannah Lilly, who is averaging 19 points per game, nearly four points more than the rest of the league.

She will have to earn all her points tonight, as she will be defended by perhaps the most high-energy defender in the UAA in Herrick. Herrick made it clear that she is not at all intimidated by Lilly’s offensive prowess.

“I look at it as a goal; I look at it as a challenge,” Herrick said on Sunday of the task of guarding one the best scorers in the country. “[It] doesn’t scare me. She hasn’t maybe felt the presence of a great defender yet, so that’s my goal, to make her know that maybe you scored against some other teams, but you’re not going to score against us.”

Although Herrick will be the primary defender on Lilly, the Maroons will throw multiple defensive looks her way.

“I know Meghan’s fired up, but it’s not going to be just Meghan,” Roussell said. “Other people are going to be guarding her, and it’s not just a one-person job, either, when you’re out there on the floor.”

Roussell lauded his team for living up to expectations in big games and tight situations, a trait that is sure to be important as the NCAA tournament rolls around. The games this weekend, despite being only regular season games, will undoubtedly have the edge of a postseason clash.

“I know our kids are really, really looking forward to this,” Roussell said last Sunday. “Not that we’re buying into the hype too much. [Any] time that we’ve been in a tough spot or had a big game, our kids have played really well.”

The Friday night game coincides with a Women’s Athletic Association raffle to benefit physical education programs at Fuller Elementary and Woodlawn Elementary, two Hyde Park schools, while the Order of the “C” will be hosting its annual food and clothing drive. Tip-off against Emory is set for 6 p.m. tonight at Ratner, while the game against Rochester is scheduled for 2 p.m. Sunday.