Although the Maroons’ 9–0 sweep at Henry Crown Field House was not shocking at all, it was by no means guaranteed. 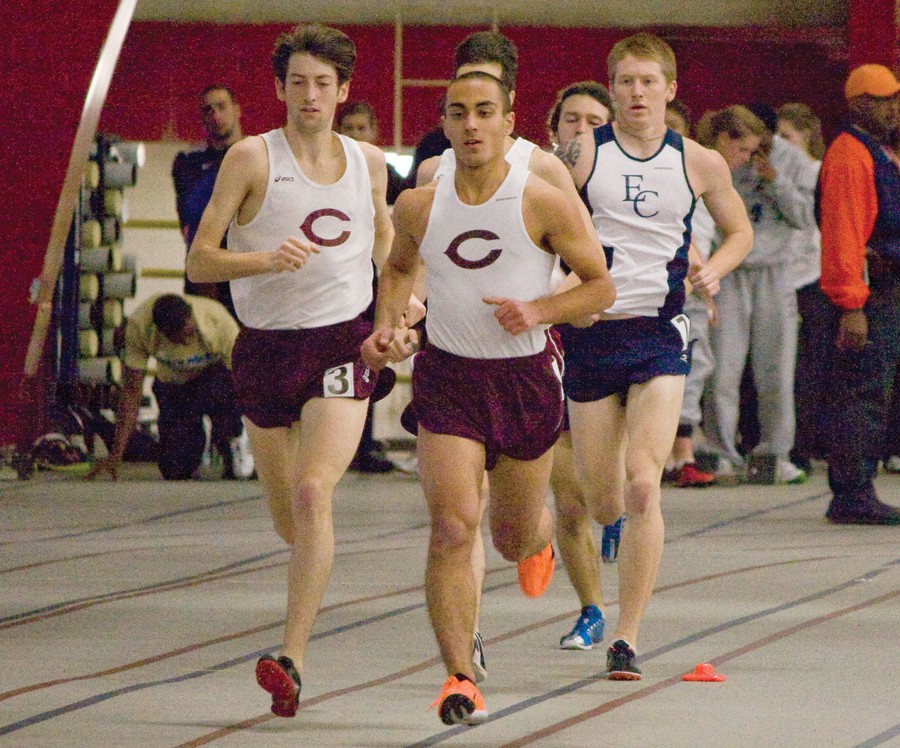 There wasn’t the toughest field at the Chicago Duals this Saturday—see Elmhurst, Illinois Tech, UIC, Loyola, North Park, Northwestern Track Club, Robert Morris, Roosevelt, and St. Ambrose. Although the Maroons’ 9–0 sweep at Henry Crown Field House was not shocking at all, it was by no means guaranteed.

“Sweeping the duals was not necessarily surprising,” first-year jumper Chijioke Okonte said. “Everyone on the team has been really stepping up their efforts during practice, so it was only a matter of time before it began to reflect on the track.”

“As a team, we are now beginning to enter a higher level of training each week, as our athletes are starting to reach higher levels of fitness and finesse,” first-year sprinter Andew Mandato said, “[and] thus meet performances are beginning to yield better results.”

The intensity made for a different scene than a typical Maroon track meet.

“It was great to have multiple teams competing as opposed to just three,” first-year sprinter Andrew Mandato said. “When the track and its surroundings are full of several athletes, coaches, and spectators, it brings a zealous atmosphere, which more than often is vital to a runner, thrower, or jumper when it comes to getting ‘fired up.’”

“I feel our team always performs better at Henry Crown Field House,” Hall said. “We like our facility and feel very comfortable in our surroundings while at home. We have less home meets this indoor season so that might make it a little more special to be at home.”

In competitive events, the men saw overall individual victories by fourth-year Tyler Calway in the 55-meter hurdles, third-year Jake Torcasso in the pole vault, and the men’s distance medley “B” team of fourth-year Brian Schlick, first-year Ben Nickerson, third-year Anthony Farias-Eisner, and first-year Kevin Vollrath. The men also had several top performers in the 800-meters and the mile.

“We were pleased overall with the meet performance,” Hall said. “We still have a long way to go in terms of being satisfied with our times, distances, and heights, but this was a very nice step forward.”

With the UW–Whitewater Invitational next Friday and the conference championship in less than a month, the Maroons have high goals—and high demands.

“The sky is the limit,” Mandato said, “but commitment, focus, and determination need to remain steady.”