Guys and gals sought friendship—as well as romance—as an a capella group sang. 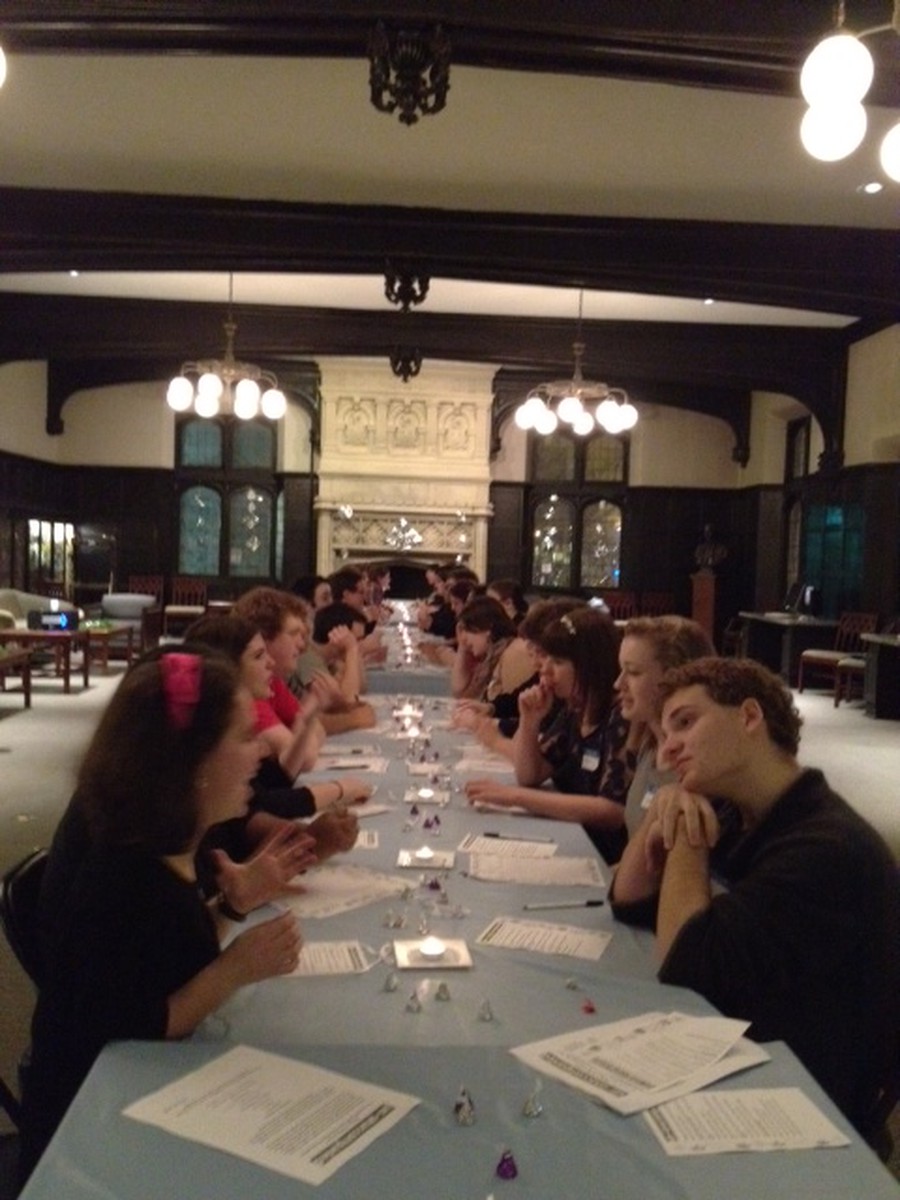 U of C singles wined and dined to the sweet serenades of the oldest a cappella group on campus last Friday, at a fundraising event organized by the unofficial university matchmakers, Unaccompanied Women.

Salvaging students from another lonely evening at the Regenstein, the a cappella group hosted its very first non-heteronormative speed-dating event “Un-Unaccompanied” in Reynold’s Club to mark its 20th anniversary.

The event was originally conceived as a way to address a systemic social problem at the University, according to Unaccompanied member and fourth-year Allison McCaffrey. Promotional material advertised the versatility of the event: Daters could choose to seek friendship, a relationship, a “bromance,” or “whatever I can get.”

“When it first started we were thinking about needs that the University didn’t really fulfill for undergrads, in that most people were having a difficult time finding people,” McCaffrey said.

Forty undergraduate and graduate students partook in the three-minute dates, guided by a series of provided questions. After each dating round, students indicated whether their date was a “match” or a miss on a form and were emailed their respective matches’ contact information later that night.

“Lots of matches were made,” said second-year Stephanie Burda, co-president of Unaccompanied Women. “I was sending the emails until very late that evening.”

Although in its third year running, this was the first time the event sought to avoid the “traditional speed dating style [with] boys on one side, girls on the other side,” according to second-year co-president Heather Lyon.

“We sat down before this event and thought well, yikes, that’s really heteronormative, that enforces binary gender stereotypes, which we’re trying to get rid of as a community,” Lyon said. “So we thought, how can we make this more inclusive to anyone regardless of gender identities and sexual orientations? So we made it gender neutral—girls talked to girls, boys talk to boys, etc.”

The speed-daters themselves seemed in favor of this unconventional approach, reporting that it helped relieve the anxiety commonly associated with dating.

“I thought the [nontraditional] spin was cool,” said first-year and novice speed dater Christian Adames, who plans on going to a poker night with his match. “It was much less ‘I’m looking for a relationship’ and instead much more ‘I’m trying to find friends.’”

“I think it definitely relieved the tension,” agreed Burda. “We didn’t want to make it seem like if you make a match with this person then you have to go on a date with them. It was more like, if you’re a girl and you talk to a girl that you really like then you have a lunch buddy, which made things less awkward.”

Proceeds from the event are being used by the a cappella group to produce a CD in celebration of their anniversary. The group, which originally only sang love songs, will be keeping with this same theme with their next musical telegrams fundraising initiative, “Singing Valentines,” which will be held later next month.