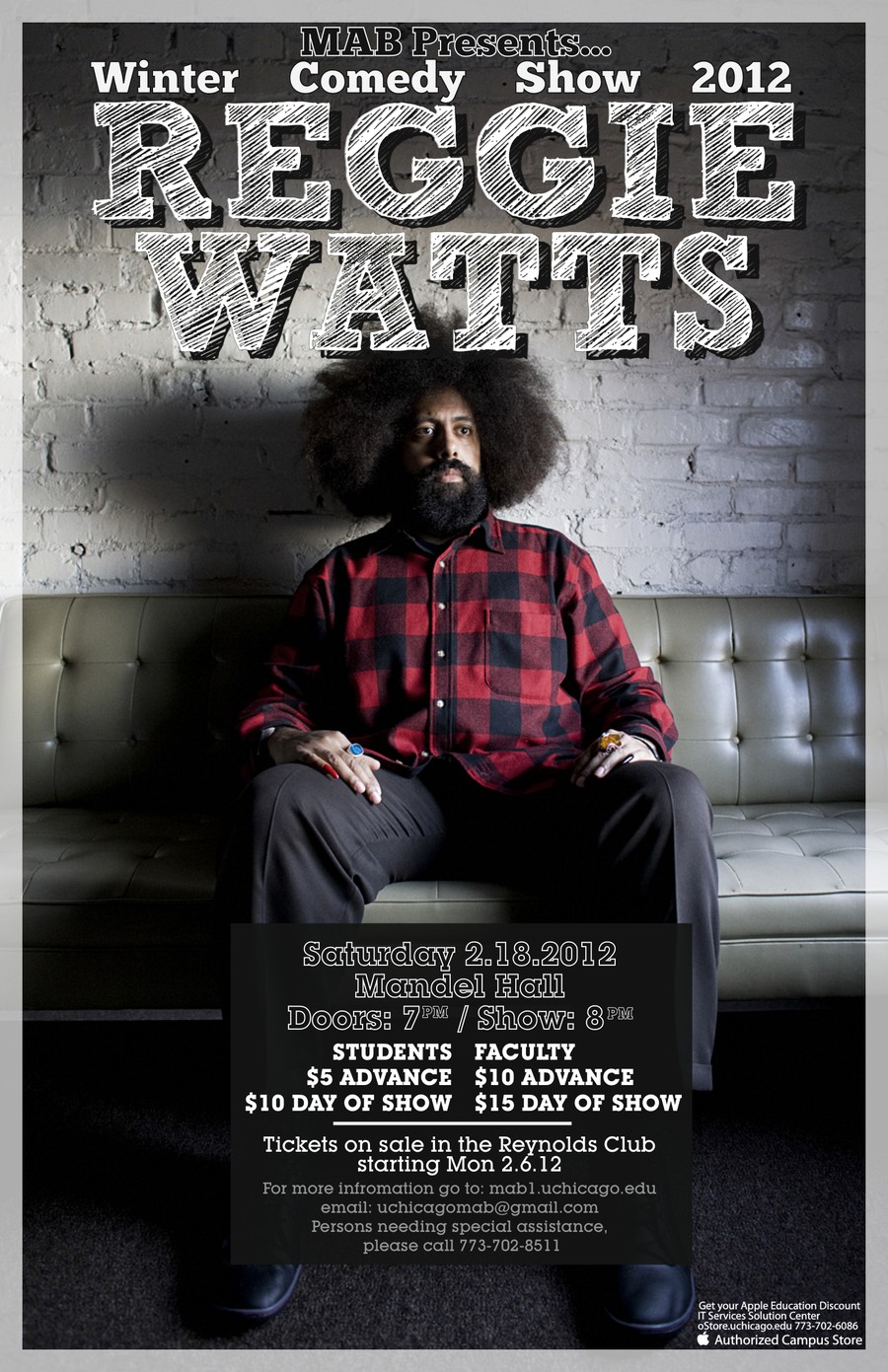 A musical comedian first famous for a string of viral hits like the CollegeHumor video “What About Blowjobs?” Watts “creates unpredictable musical comedy sets using his voice, a keyboard, and a Line 6 DL4 loop pedal,” according to MAB. Named 2010’s Hot Comedian by Rolling Stone as well as 2010’s Best Comedian by Spin Magazine,  Watts has transcended viral video and permeated the comedy world at large—he was even profiled in GQ’s 2010 Man of the Year issue. Comedy Central records released his album, Why $#!+ So Crazy?, in 2010, driving Conan O’Brien to handpick Watts as the opener for his national Legally Prohibited from Being Funny on Television Tour.

Many might’ve already seen Watts live—he’s performed at Bonnaroo, South by Southwest, Outside Lands Festival, and at famed record producer Brian Eno’s own Luminous Festival at the Sydney House. Watts has also made appearances on Late Night with Jimmy Fallon and Comedy Central.

Sam Abbott, of the MAB Board, spoke with the MAROON about what made Reggie standout among the lot of comedians they were considering. “Reggie puts on a super entertaining show and is highly regarded among critics and fellow comedians,” Sam told us. And about Watts’ unusual comedic style? “It is hard to describe exactly, but I'd recommend everyone to see it for themselves.”

While many UChicagoans might not have heard of Reggie Watts prior to this gig, for MAB, he was the perfect blend of comedic talent and financial responsibility. “We wanted to keep a good amount of money left for Summer Breeze in the spring,” explained Abbott. Due to last year’s Summer Breeze rain-out, MAB is working on a significantly smaller budget .

“Since we could only sell 1000 tickets for $15 for an indoor show as opposed to 2500 tickets for $15 for an outdoor show, we effectively lost $15,000.  While both Matt & Kim and Reggie Watts are maybe not quite as well-known as some of MAB's past acts, we are confident that the quality of the performances have not, and will not suffer,” said Abbott.