Eye on the Tigers: At Stagg Field, Wittenberg the prey 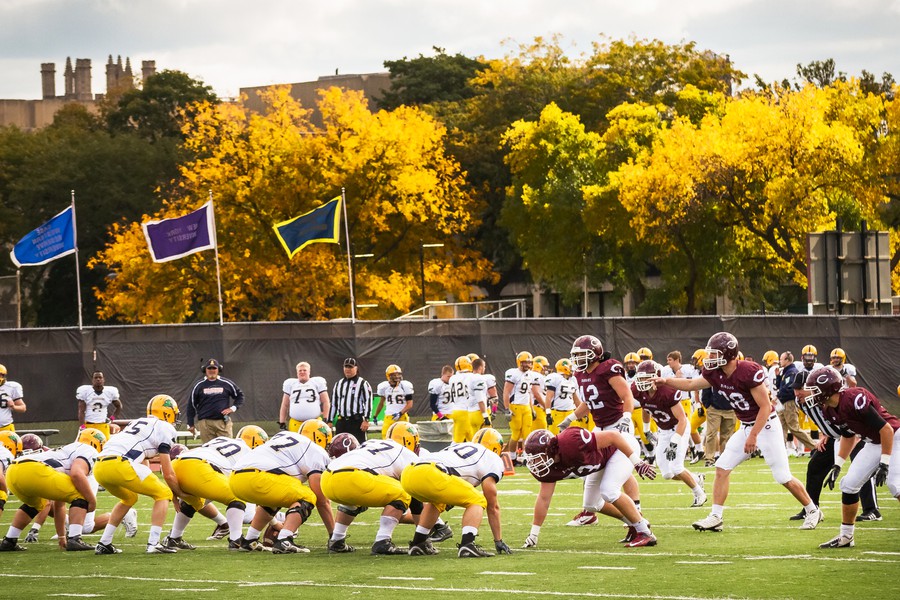 Can our boys keep it up? After their stunning shutout against Allegheny last weekend the Monsters of the Midway have set the bar high for their upcoming game against Wittenberg.

The recent shutout was Chicago’s first in six years, giving the team a 3­–2 record going into its next game. While it was a low-scoring game, the relentlessness of the defense gave the team a significant moral boost.

“Last weekend the defense played great in their shutout against Allegheny. The defense’s morale was high and it has shown this week in preparation for Wittenberg,” fourth-year offensive lineman John Tabash said. “If they stay confident and play as well as they did against Allegheny, I think we’ll have a great chance to pull off a win against Wittenberg.”

Chicago and Wittenberg have never met before in an official season matchup. Wittenberg plays in the North Coast Athletic Conference (NCAC), which has a five-year scheduling agreement with the UAA allowing the two teams to play one another. The South Siders don’t start conference play until October 27 when the three-game sequence for the UAA conference title begins.

“I don’t think the fact we have never played Wittenberg affects our preparation for the game,” third-year quarterback Vincent Cortina said. “We are preparing the same way we do every week. We are watching a lot of game film on them and finding where we can attack them.”

The South Siders will have to target Wittenberg’s third-year quarterback Reed Florence. Florence has guided the Tigers to several high-scoring wins this season, including a 44–17 victory over Capital in his first game as starting quarterback.

Additionally, the Maroon offensive linemen should be looking to protect Cortina from Wittenberg’s fourth-year defensive end Jon Daniels. Daniels recorded four tackles and two forced fumbles in the Tigers’ September 22 game against Wooster and recovered a third-quarter fumble on the Wooster five-yard line, leading to an easy touchdown for the Tigers.

Wittenberg is a strong team, but the Maroons are confident. Chicago must exploit the Tigers’ errors and show some consistency on offense and defense.

“Wittenberg is a good football team,” Cortina said. “Their strength is they have good players who are athletic.

“Our plan is to come up with plays that attack soft spots in their defense. We are really focusing on not turning the ball over, winning the field position battle, and executing our plays when the opportunity presents itself.”

Kickoff is set for 1 p.m. this Saturday at Stagg Field.