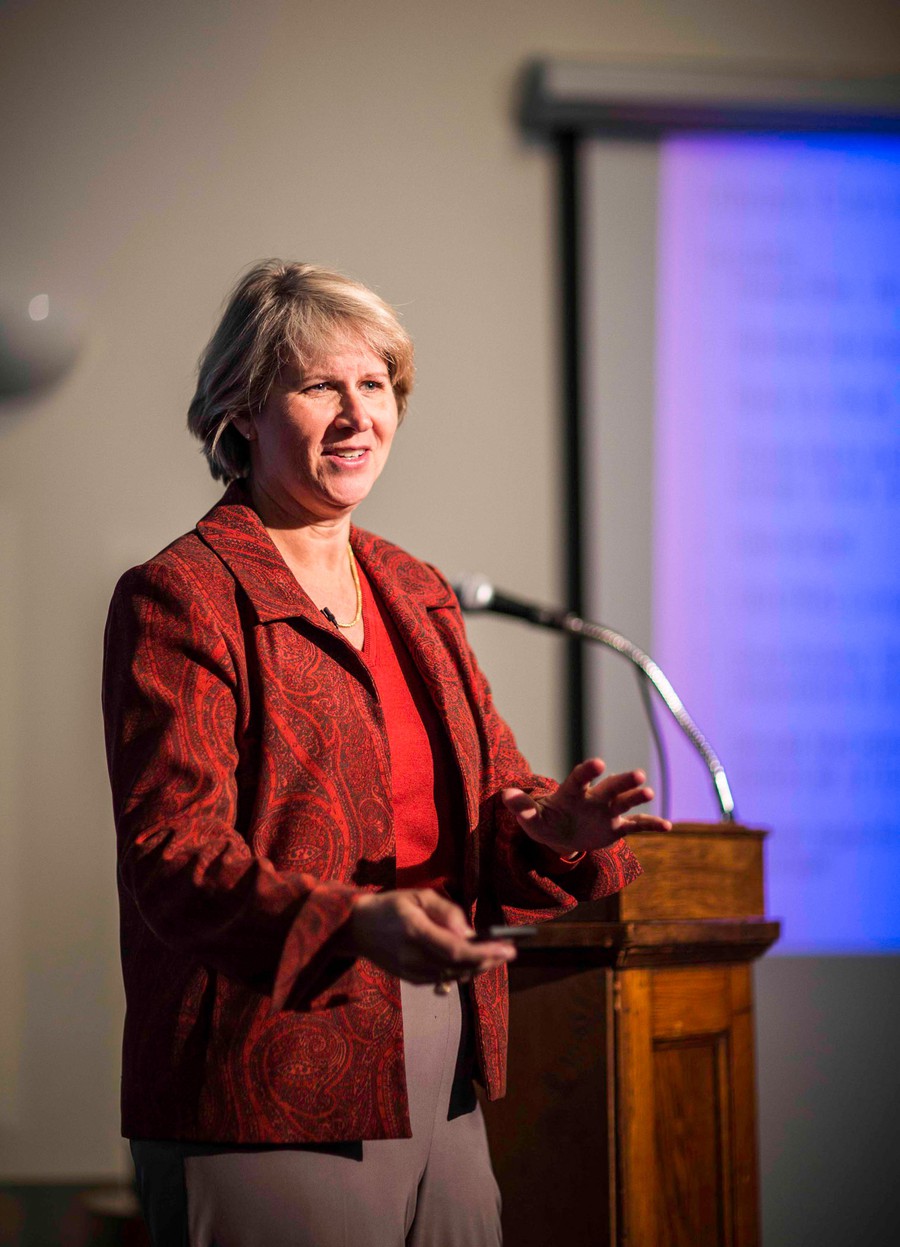 The open meeting, part of what Callow-Wright described as the “programming phase” for the new dormitory, was intended for students and staff to verify the findings from a series of focus groups that had been held throughout the spring and summer.

In an interview, Callow-Wright said that the earliest the new dormitory would open was the 2016-2017 academic year.

Jane Wright, an architect hired by the University to help design the new residence hall, summarized the findings of the focus groups at the Wednesday meeting, saying that students paid particular attention to the design of house lounges, indicating that they “should feel more like a living room and less like an airport.” In addition, students also stressed the importance of the proximity of house lounges to their rooms.

According to Wright, focus group members have emphasized that the spaces within the residence hall should promote a sense of community.

“We heard students say that it’s not so much about sizing, it’s about how [the students] are connected together,” she said. “It creates an identity within the houses,” she said.

When students and housing staff at the Wednesday meeting were asked to provide their feedback, they seemed to reiterate many of the findings.

“Students [in Pierce] have to pass through the lounge to get to their rooms…in the midst of that, you meet 30 students that live in your House. The way that the space is constructed and how it draws people into that space is important,” said Shorey House Resident Head Tricia Kuehn.

Laura Stern, Resident Master of International House, observed that the I-House lounges seem imposing to students and wanted residential spaces to be both functional and familiar.

“[Spaces] don’t have to be grandiose or beautiful to look at. They should be fun…and students can make it their own,” she said.

Students also stressed that each house should adopt a unique look, as opposed to the more uniform layout of South Campus.

“In Pierce, there is definitely a distinction between the houses. Houses should not look identical,” said Natalie David, a second-year from Shorey.

Callow-Wright said that administrators will continue to meet with students in a process similar to the one used last spring after Pierce residents complained about unacceptable living conditions.

Despite the lack of conclusive plans for the new residence hall, Callow-Wright asserted that housing would definitely multiply in the near future, in hopes that 70 percent of students in the College will live on campus. To attract upper-classmen, Wright indicated during the meeting that the new building might include some apartment-style rooms with individual kitchens instead of communal ones.

“It is our goal to have a new residence hall and dining commons in our system—and not just one, but down the road, more than one—to improve the quality of life for students in the House system, to expand options, [and] to be able to accommodate more students in high-quality facilities close to the center of campus,” Callow-Wright said.

Pierce has housed students in the College for the last 52 years.