Going by the book

The University’s failure to ensure that faculty post reading lists ahead of time is costing students. 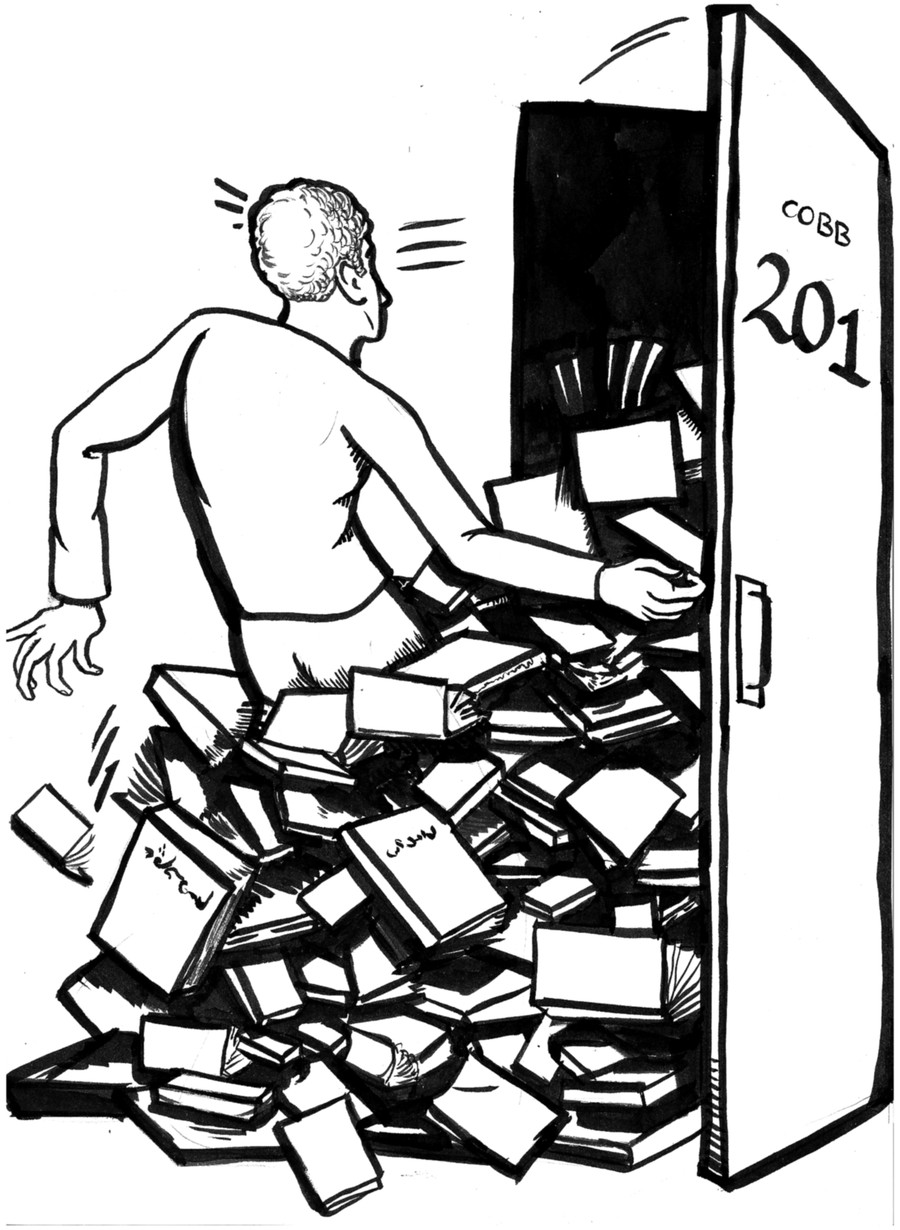 This quarter, once again, hundreds of students arrived on campus enrolled in classes without posted booklists. Many of them discovered something about the content—or the cost—of their courses that they would have considered useful knowledge during course request last spring. Despite years of complaints and a federal law mandating booklist postings, students continue to be deprived of information to which they are unquestionably entitled. With Add/Drop now drawing to a close and a new round of course requests around the corner, the University and its faculty must work harder to ensure booklists are made available when classes are first chosen.

It is little wonder, in the name of financial transparency and informed decision making, that when Congress passed the Higher Education Opportunity Act (HEOA) in 2008, they included a provision requiring that instructors post booklists during registration periods at universities receiving federal funding. That measure has been in effect since July 2010. Every professor in the last nine quarters who has failed to provide a list should note, then, that they have breached federal law.

But it’s not just a matter of legality. As the federal response indicates, the rising price of books is a matter of fiscal concern for students across the country. Publishers, facing high production costs and a burgeoning trade in used and illegally produced textbooks, are charging prices that just a few years ago would have seemed ridiculous. Given that students are a largely captive market, price hikes seem likely to continue in the future. Although one would hope professors are prudent enough to choose required materials that are affordable to all, this will not always be the case. Students should be able to see if a budget-busting book is on the syllabus before they waste a valuable request.

In situations in which textbook prices are not a make-or-break factor, or in which students have no choice but to take a given class, posting booklists allows all students to save money, albeit on a smaller scale. With more time to shop around, students can compare prices and make careful choices. Used books, which often take longer to ship if ordered online, become a more viable option. Such savings are not possible when students are informed which texts to purchase three days before the reading is due.

There are academic concerns at play here, as well. Although a few lines of description in the College Catalog certainly help, it is not uncommon to sign up for a class (especially a new one) without having a totally firm grasp of what will be covered. Knowing that a professor will be assigning an author you’ve always wanted to read or books you’ve already covered elsewhere could well be a decisive factor in whether her course makes it onto your list. If such information were always available, students could be more confident in their choices, and professors might benefit from having more people in their classes who really want to be there.

The University has made a good-faith effort to be in compliance with HEOA since spring 2010 by sending e–mail reminders to professors asking them to post book orders by fifth or sixth week of the quarter preceding their course. Many classes have booklists available during registration, and the instructors leading those courses should be thanked for being prompt. But the University must consider if anything can be done to further encourage the availability of lists, and professors who are still failing to post should be aware of the disservice they are doing the people they teach.

The Editorial board consists of the Editors-in-Chief and the Viewpoints Editors.