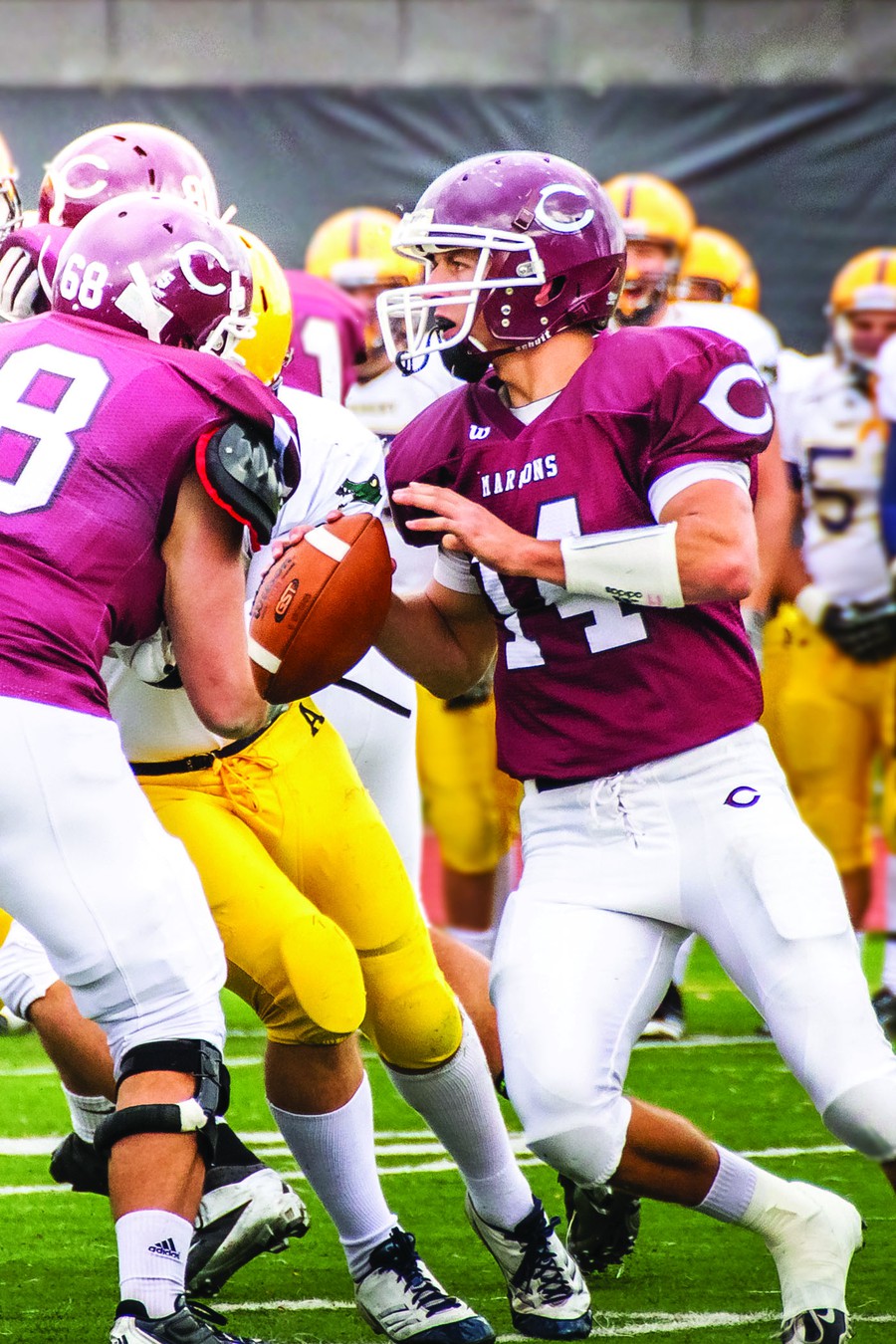 Every sports fan knows that you can’t look past an opponent. Focus on the playoffs, or a tougher enemy, and you may find yourself losing to a team like the Cleveland Browns. That’s why the Maroons (3–3) are looking at their game against Hiram (0–6) this Saturday just like any other game. Their opponent may be winless, but that just means the Terriers will be even hungrier for a win—and may be due for one.

The South Siders have not forgotten the 41 points they gave up last weekend against Wittenberg and are out to prove it was merely a fluke in defensive performance.

“The team is practicing with the goal to start the game off with more fire and discipline to eliminate a repeat of last week’s performance,” third-year linebacker Ben Wade said.

The opponent on the plate for the Monsters of the Midway this week is different from others they’ve faced this season, and not just in regards to their record.

“Hiram runs a unique offense, and they have good talent at the skill positions, so they present a challenge in that regard,” third-year cornerback Mike Gilliam said. “Defensively we aren’t going to change much scheme-wise, but we are adding a few new wrinkles that should put our athletes in positions to make plays big plays.”

Gilliam, however, has certainly heard Jim Mora’s famous rant against looking ahead to the “playoffs?!” He knows that no opponent can be deemed too weak to not matter in preparation.

“Hiram hasn’t won a game this season, so they are obviously beatable. However, on film they aren’t the type of team who is going to lay down and accept defeat,” he said. “They have no problem trying to lay big-time blocks on defenders, and every now and then they do a little pushing and shoving after the whistle….We can’t wait to take on this challenge.”

This weekend’s game is the squad’s last non-conference matchup.

“This being our last non-UAA game, I think it is important for us to play well and carry some momentum into UAA play,” third-year quarterback Vincent Cortina said.

After Saturday, Chicago faces Case, Carnegie Mellon, and Wash U. Given Hiram’s record this season, the game could have intangible effects on the Maroons as well. If they can post a solid win against a team—even one that has struggled significantly—they can head into homecoming weekend against Case full of confidence. If they lose, they will be below .500 as they head home.

The South Siders head to Ohio to play the Terriers, with kickoff at 1 p.m. Eastern Time in Hiram.