The Maroons beat Haverford 3–0 and Wheaton 3–1 on Friday, and UW–Eau Claire 3–1 on Saturday before falling to Millikin 3–2. 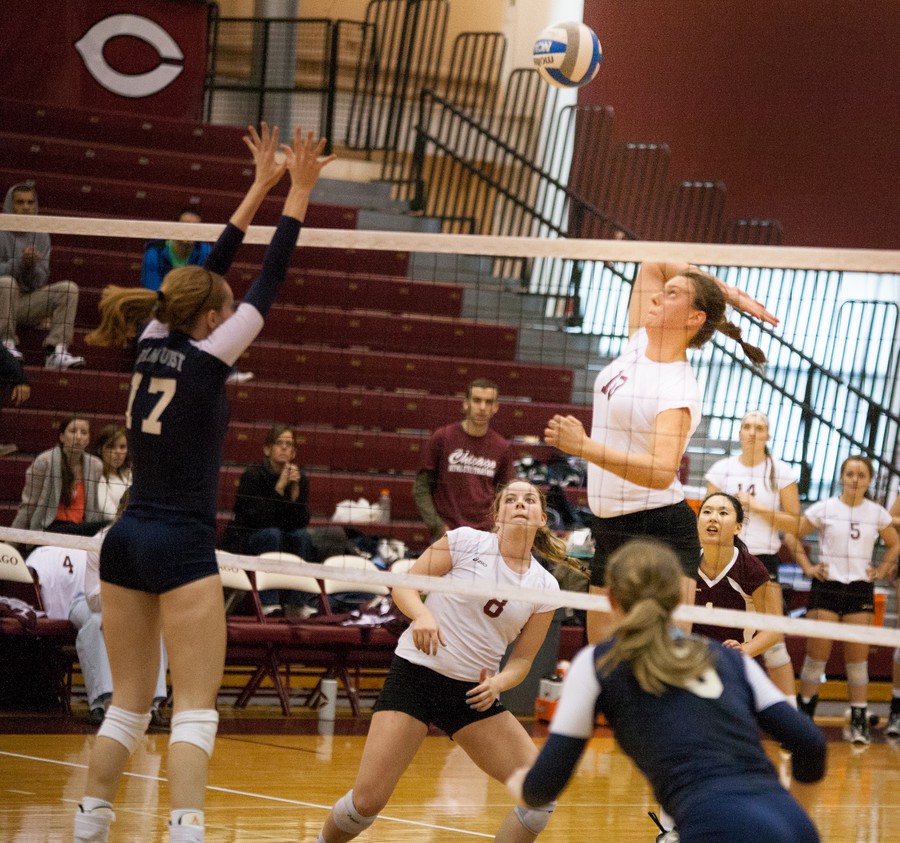 As their season draws to a close, the South Siders added to the momentum that’s propelled them all year. The Maroons returned home Saturday after finishing up the two-day Elmhurst Invitational, beating Haverford 3–0 and Wheaton 3–1 on Friday, and UW–Eau Claire 3–1 on Saturday before falling to Millikin 3–2.

“Any time that we go to Elmhurst I think that we play some great competition,” head coach Vanessa Walby said. “This weekend, I know that we did. We had three region matches and we always know that our region has tough competition. Almost every team will bring their best game against us.”

Later the same Friday, the Maroons ended a closer match with Wheaton, with a score of 3–1 (25–14, 25–21, 16–25, 25–22). As a team, Chicago compiled 50 kills, 79 digs, 8 blocks, and 49 assists. Fourth-year middle blocker Caroline Brander showcased her dominance with 13 kills and only one error on 24 attempts. For her effort, Brander was also named to the All–Tournament Team after the Invitational.

“Caroline has had a great week of play, not just a weekend,” Walby said. “She has the ability to take over a match if she gets it in her head to do so. She is very good offensively and she got into a good rhythm with her blocking.”

“I think that Millikin brought the tough competition against us. We were also pretty slow on making some adjustments on defense,” Walby said.

“Millikin plays a completely different game that we weren’t used to seeing—all tips over the block and off-speed,” DelZenero said. “We didn’t learn quickly and we didn’t capitalize on their weakness.”

After the Invitational, ninth-ranked Chicago ran its record to 23–8. But the South Siders still have room to improve—they will now begin preparation for next weekend’s Benedictine Tournament. The Benedictine Tournament marks their final slate of competition until the UAA Championship in Atlanta, Georgia.

“I am happy that we will get four full days of practice in this week to prepare for the weekend,” Walby said. “It will give us a good amount of time to fine-tune some things and get some extra reps in some different areas.”