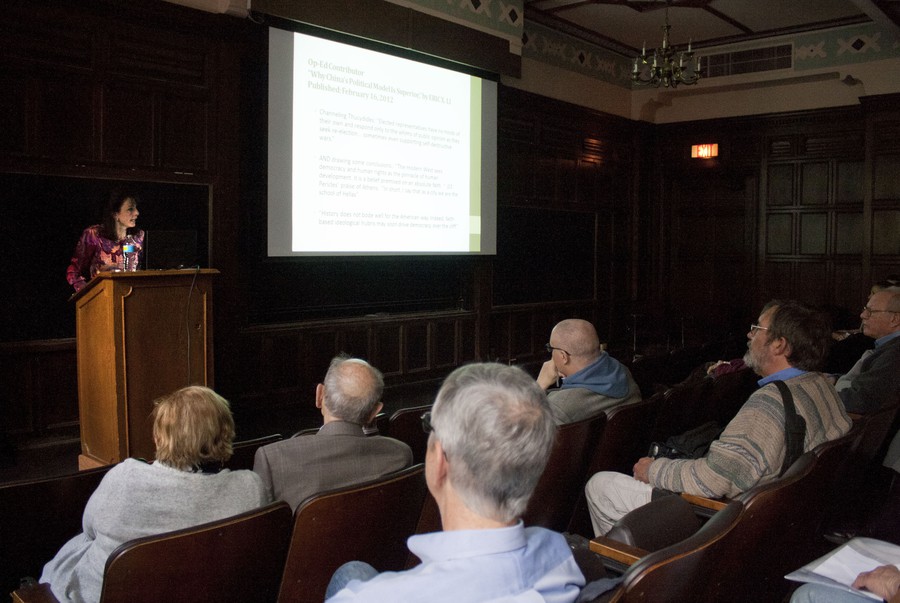 "Reason and the Freudian Unconscious" with Candace Vogler—There is a connection between reason and the unconscious, the David B. and Clara E. Stern professor of philosophy argued.

“The Art of Writing Through Reading” with Megan Stielstra, Rachel DeWoskin, and Leila Wilson—three faculty members from the Committee on Creative Writing shared their original work.

"Kings and Salesmen" with Ted Cohen—Professor Ted Cohen dissected the tragedy of kings and the common man.