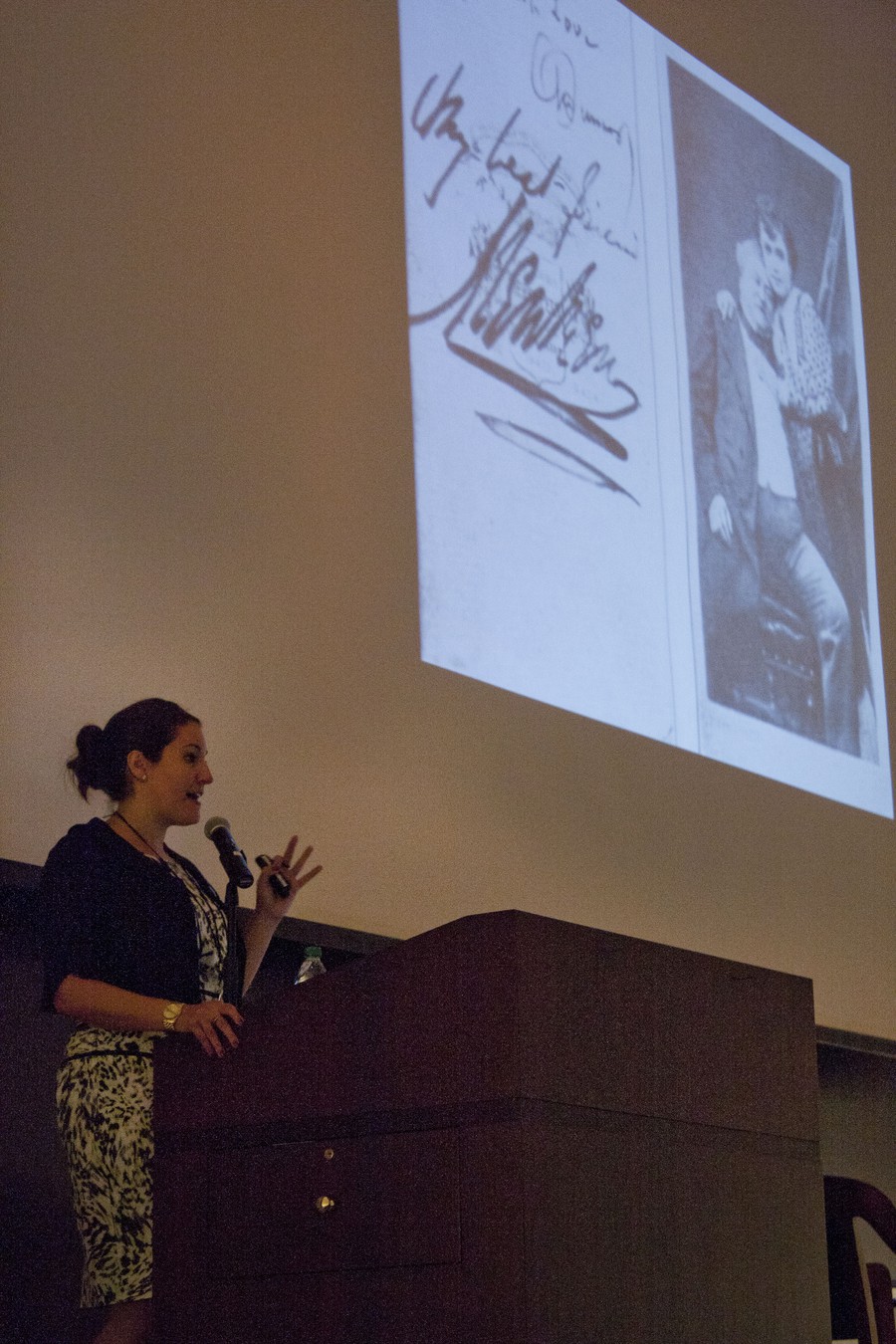 The modern conception of celebrity emerged in conjunction with the advent of the mass-produced image in the 19th century, said Amy Lippert, assistant professor of American history, in a talk at the Law School on Sunday as part of the Chicago Humanities Festival.

In the lecture, entitled “The Lady Gagas of the 19th Century,” she discussed how photographs revolutionized self-representation by allowing people to market themselves as commodities.

“Many of these stars did possess talent—albeit in varying degrees—but what they really had in common was the fact that they recognized the power of the persona,” Lippert said. “And [they] fashioned theirs so as to be provocative, to be titillating, and controversial enough to trump up publicity.”

Montez, whom Lippert described as a mediocre actress and dancer, generated buzz by posing for an intimate picture with a Native American chief, a highly controversial move at a time when the country was still in the midst of violent conflicts with Native Americans. She later became the first woman to be photographed smoking a cigarette.

Menken, also an actress, confronted gender and sexuality stereotypes by playing male characters and cross-dressing. She achieved notoriety for wearing tight, flesh-colored clothing that made her appear naked on stage.

“The superficial became substantial as a determinant of cultural trends and generational style and a mechanism for creating iconography out of identity,” Lippert said.

She noted that the personal lives of celebrities also became part of the cultural consciousness at this time, giving rise to the idea of being famous for being famous.

Montez was as well-known for her affairs with composer Franz Liszt and King Ludwig I of Bavaria as she was for her acting. Her most famous play, Lola Montez in Bavaria, was a highly dramatized, semi-autobiographical take on her time in the Bavarian court. Menken encouraged the gossip by taking pictures with her lover, Alexandre Dumas, who was twice her age.

Menken and Montez furthered their public profiles as “rule-breakers” by circulating stories of their debauchery.

Lippert recounted a popular story about Montez in which a train conductor told her that she couldn’t smoke while aboard the train.

Montez took a drag of her cigarette, puffing the smoke in the conductor’s face. “But you see sir, I can,” she said.