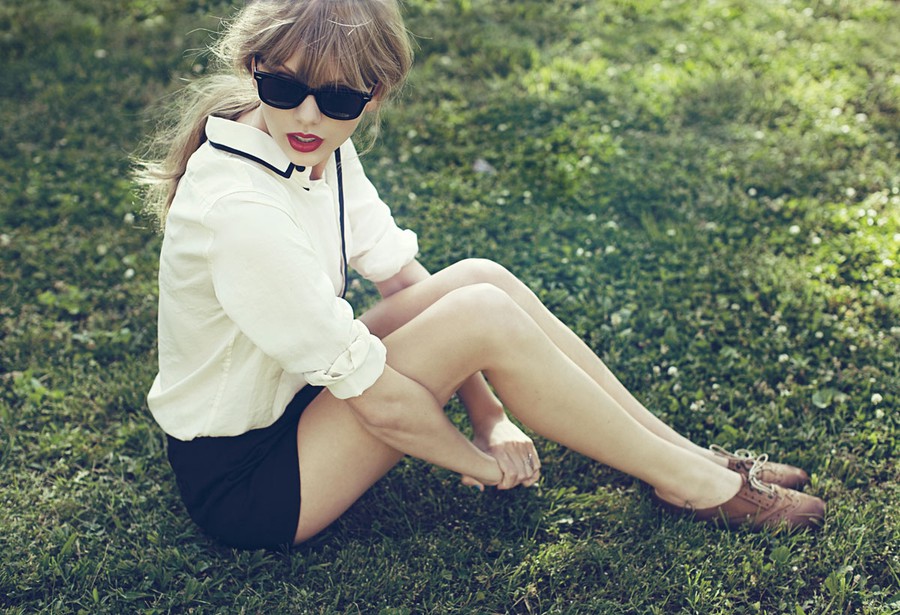 It was Tuesday night, and I couldn’t focus on my homework. I was fidgeting, but I also wanted to lie down. Eyes glazed over, I kept staring at my laptop screen, glancing at a small pink box on the homepage of the iTunes Store. It had Taylor Swift’s face inside it and three sets of numbers counting down to the release of her album Red. I hadn’t felt this emotional since Speak Now dropped two years ago. Or maybe the last time I felt so churned up was when Fearless emerged two years before that.

Swift’s fourth album, which came out October 22 after having been leaked on the Internet the week prior, is a creation that mixes classic Tay tunes with more traditional pop songs. Red marks a recognizable but entirely distinct phase in Swift’s trajectory – one that shows in the album’s unsophisticated lyricism and big, crude sounds.

The differences between Speak Now and Red shouldn’t be surprising: Swift co-wrote three of the tracks on the album with Swedish-born pop heavyweights Max Martin and Johan Karl Schuster (a.k.a. Shellback). Martin and Shellback’s influence plays heavily on these tracks, which they also produced, especially in “We Are Never Ever Getting Back Together,” the album’s first smash single. The two other songs on Red that stray farthest from Swift’s previous work are also theirs: “22,” which sounds like it’s sung by Ke$ha, and “I Knew You Were Trouble,” which does violence to the ears. The partnership is creepy, like seeing Swift pull off a mask, revealing herself to be two Swedish men.

However out-of-character Swift’s collaborations with Martin and Shellback are, it’s evident that her own style of writing and producing is veering toward the mainstream and away from its country origins as well. The clearest instances of this are the songs “Holy Ground,” about the thrilling beginnings of (what else?) a romance, and “Stay Stay Stay,” in which the singer discovers (again, shocking subject matter) how deeply she loves someone she was initially unsure about. Swift wrote both these songs on her own, but they differ from her characteristic emotional nuance and sophistication.

The vacuity behind Swift’s new songs might stem from the lifestyle change she has experienced as she’s ascended to international stardom. In the two years since Speak Now, she may have discovered that it can be difficult as a celebrity to forge non-artificial bonds. The people and situations Swift encountered growing up in Wyomissing, Pennsylvania, and Nashville were more grounded in reality than those she knows today. Yet Swift has made a living off writing about her relationships. What will she do as her relationships grow more superficial? Will her songs become meaningless, too?

In spite of the diluted artistic integrity behind Red, its weaknesses render its strengths all the more striking and bittersweet. If Swift continues on her current path, she won’t write songs that are reminiscent of her best ones to date. She won’t write songs of frustration, like “I Almost Do,” nor of pure melancholy, like “Sad Beautiful Tragic.” She won’t retain her charming subtlety of feeling, such as in the nostalgic “All Too Well,” nor her tentative expression of optimism found in “Begin Again.” Over the course of Red, Swift sings, “This slope is treacherous,/ and I like it.” She also sings, “I’d like to be my old self again,/ But I’m still trying to find it.” At this point, it’s hard to tell which of these statements she’ll ultimately cleave to.

It would be sensible, now that I’m in college, to let Taylor Swift go. To have already let Taylor Swift go. She has changed in complicated and not straightforwardly positive ways as her role in culture has gone global and her career has taken flight. Yet when I was sitting at my computer, glad for a distraction on a weeknight, I couldn’t tear myself away from the little pink box that held her. I thought, Neither of us is living where she grew up. Taylor Swift is no Bob Dylan; she may not even be sincere. But she’s a musician whose personal changes are typical of any adolescent getting older. I’m connected to Taylor Swift emotionally, not rationally. I couldn’t stop myself from wanting Red. And I didn’t want to.