As regular season comes to a close, Maroons set sights on local rivals 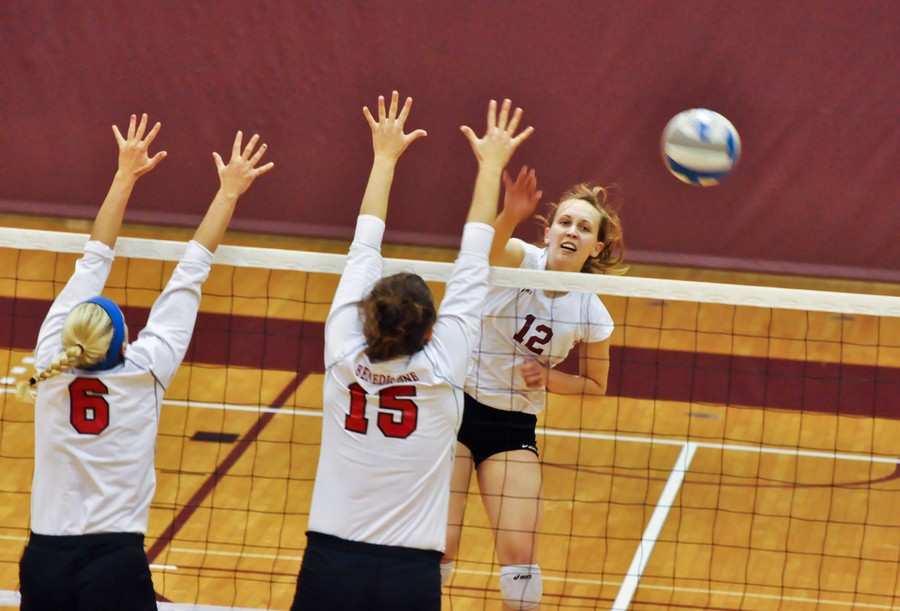 This weekend’s Benedictine Tournament is Chicago’s last stop before the UAA Championship on November 2–3. While the team has had continuous away matches since October 6, third-year setter Nikki DelZenero is unfazed.

“Our brains are geared for this kind of thing; we’ve been traveling for weekend club volleyball tournaments since middle school,” DelZenero said. “We’re doing fine.”

The Maroons will have four regional matches this weekend and are intent on taking home four wins. They are preparing with the same method they’ve used all year.

“Coach [Walby] doesn’t give us scouting reports until day-of, so most of us don’t really go out of our way to psych ourselves out,” fourth-year middle blocker Katie Trela said. “We’re expecting to come out on top this weekend.”

The first match today will be against North Central. The Cardinals are coming off a 3–1 win last Tuesday against Milliken, the same team that upset the South Siders at Elmhurst.

Chicago will then face Benedictine. The Maroons already beat the Eagles earlier this season at home, 3–1. Both Benedictine and North Central are unranked.

“I am sure both teams have scouting reports on us and will know what some of our weaknesses are” Trela said. “At the same time, we are very aware of those weaknesses too and have been fine tuning related skills every day.

“They probably have a ‘nothing to lose’ attitude as well because we are ranked higher, and that is an effective attitude to have on the court.”

Third up for the Maroons will be the North Park Vikings on Saturday at 10 a.m., followed by Concordia Chicago at 2 p.m.

On October 20, the Vikings suffered a shutout at the hands of Haverford, the team the Maroons trumped without mercy in their first match at Elmhurst.

While the Maroons have enjoyed a successful season, it is difficult to maintain this kind of momentum. However, Coach Walby is taking steps to ensure her players do not get burnt out with the pressure of classes on top of the final push to the championship.

“Right now we are trying to take days off if we can and if we can go shorter some days then we will,” Walby said. “It is sometimes difficult to do that with labs, discussions, and meetings. For instance, we haven’t had a full team for practice one day this week. So we make accommodations so that we are still functional and productive. School is the first priority so we work hard when we get the opportunity to be in the gym together.”

With the Championship in sight it seems the Maroons are ready to dominate this last regional tournament of the season.