The pressure is on for the Maroons as they head into their last few conference games, starting with a weekend doubleheader against Case Western and Rochester. 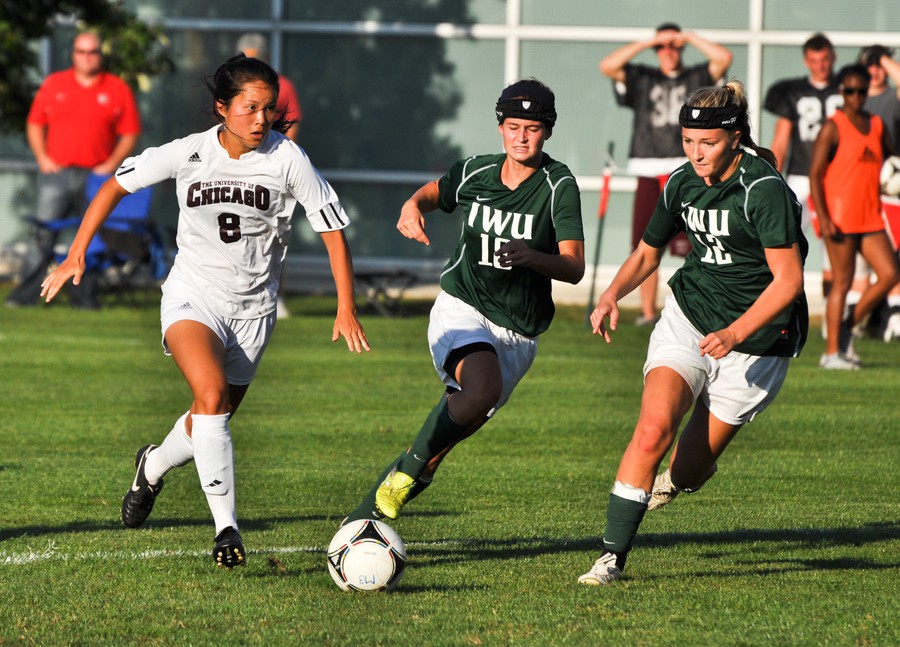 The pressure is on for the Maroons as they head into their last few conference games. The  South Siders (10–5–0, 2–2–0) have had a strong season, but the importance of these next games can’t be overstated.

“I think the season’s been going well,” assistant coach Emma Gormley said. “We’ve definitely hit our stride these last couple of games, gone on a good run, and played some good teams. We’re in good shape heading into these last three.”

The team has grown throughout the season and is focused on the upcoming matches.

“As the season has progressed, we have learned to move as a cohesive unit,” first-year midfielder Anna Goddi said. “It is essential that we win these next games to progress into the NCAA tournament.”

In order to advance to the NCAA tournament, the Maroons must either win the UAA or claim an at-large bid. Chicago’s next three games are all conference games that will determine whether the South Siders advance.

The Maroons will be led by fourth-year captain and UAA Athlete of the Week Brigette Kragie, along with second-year forward Sara Kwan.

“Kragie has always been one of our leaders on the field, and we’re going to need a good showing from her,” Gormley said. “We need our midfielders to win balls for us and set the tone and be the pacesetters for the team.”

Chicago will face Case (7–4–4, 1–2–1) first. The Spartans have a comparable record to the Maroons and will also be looking to secure a berth in the NCAAs.

Case will be headed by second-year Jessica Sabers, third-year Leah Levey, and third-year Rachel Bourque. The Maroons will play the Spartans at Case today at 5 p.m. EDT.

While the Maroons will consider what the Spartans and Yellowjackets will have in their own game plans, they will mostly be focused on playing their own game.

“I don’t think we’re as concerned with what they’re going to do as opposed to what we need to do,” Gormley said. “We need to be sharp in our game plan. We’ll prepare to a degree for each of them, but it will be about knowing what we want to do and getting that done.”

As the season wraps up, it’s crunch time for the South Siders. Their performance against Case and Rochester will help determine whether they go on to the NCAAs or have to hang up their cleats for this year.