The South Siders (12–5–0, 4–2–0) played two conference matches last weekend against Case and Rochester, and emerged victorious in both. 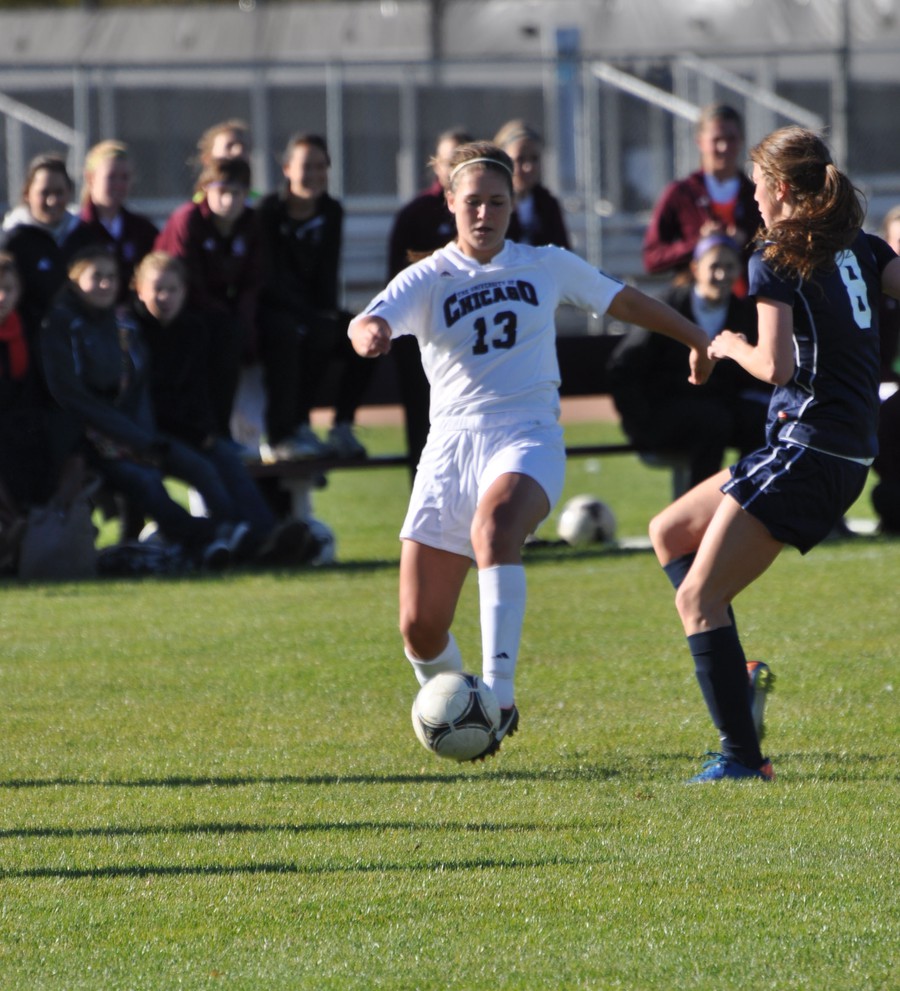 It’s full speed ahead for the Maroons after ending a highly successful weekend on the road. The South Siders (12–5–0, 4–2–0) played two conference matches against Case and Rochester, and emerged victorious in both.

The Maroons took on Case (7–6–4, 1–4–1) at Case Field on Friday in a shutout that ended 6–0 in Chicago’s favor. Second-year forward Sara Kwan led the offense with two goals in the first 15 minutes, opening the door for Chicago to score four additional goals throughout the game.

“The pace was good,” head coach Amy Reifert said. “We were very systematic in creating chances that were easy to finish on, and also being efficient in terms of finishing the chances we got. We were dynamic in the bottom third, which is an area we’ve been focusing on.”

Despite what the score may imply, it was not a blowout for Chicago. The South Siders and the Spartans each had eight shots on goal, but second-year goalkeeper Jacinda Reid kept the Maroons’ record clean with six saves.

Chicago then headed over to Rochester (3–12–1, 0–6–0) for the second game of the weekend on Sunday. The South Siders got off to a slow start, but came back to beat Rochester 2–1.

The Yellow Jackets took an early lead on a goal by sophomore Hayley Engel in the 14th minute. The goal served as a wake-up call for the South Siders, who rallied to score two goals in the first half.

Second-year forward Meghan Derken scored off of a rebound from fourth-year Brigette Kragie in the 17th minute to tie the game. Chicago took the lead with a goal from third-year Natalia Jovanovic in the 27th minute.

The second half of the game was tough on both sides as they roughed it outdoors in the rain. Both the Maroons and Yellow Jackets had chances to score and multiple shots on goal, but neither of the teams was able to seal the deal.

The Maroons must now turn their attention to their final conference game against top seed Wash U.

“We’re going to focus playing at the level we played this weekend,” Reifert said. “We’re going to stay on top of it and keep working as hard as we can.”