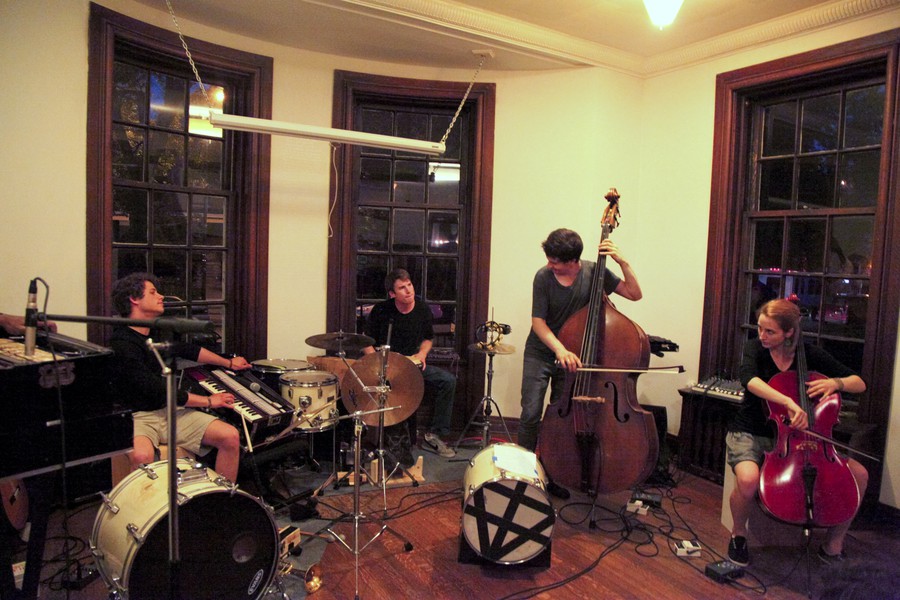 Two hours later, after assembling into smaller discussion circles, they still had not arrived at a succinct answer to describe the community arts venue. A trove of buzz words: communitarian, hyperlocal, independent, local culture making, darted across the room to clarify the organization of many faces. Yet, SHoP’s description was the least of its worries.

It was July 7, and SHoP’s final closing party was scheduled for that upcoming Saturday. Despite nine months of alternative arts programming ranging from writers groups, contemporary and folk art installations, community music, potlucks, and poetry performances, SHoP has been fighting a losing battle against time and money. Its residential crisis still remains unsolved.

Founded in October 2011 as a more homey offshoot of The Opportunity Shop, SHoP moved into Fenn House, a 16-room 1890s mansion on East 56th Street and South Woodlawn Avenue. The First Unitarian Church was seeking a new tenant for the building, securing SHoP founders Laura Shaeffer and John Preus with a one-year lease to house their vision of a “communitarian arts space.”  But six months into the project, First Unitarian Church put Fenn House on the market, putting SHoP into “crisis mode.”

“It was a solid one year lease and then at 6 months, suddenly it was ‘yeah, in 3 months you might need to leave.’ So we were kind of in this in flux limbo state that bred crisis-mode behavior. I think there’s something kind of creative to crisis mode, but it also breeds problems,” Shaeffer said.

More challenges threatened to derail SHoP, including the University considering a bid on Fenn House in May, vision clashes with the First Unitarian Church, and an inconsistent volunteer base, disincentivized by SHoP’s seemingly imminent close.

But in July, a silver lining appeared. Ken Schug, a retired chemistry professor at the Illinois Institute of Technology and an active member of First Unitarian, offered to buy Fenn House and then allow ShoP and other community organizations to use the space. After he spoke at the July meeting, it looked as if SHoP had found its hero.

“[When I retired], I decided to do something rather than just sit around and do crossword puzzles for the rest of my life. I was surprised at how much money had built up in my annuity pension plan, so I thought, ‘Why don’t I do something worthwhile while I’m still alive rather than passing it on to someone after I die?’” Schug said in an interview.

Schug offered to underwrite introductory expenses during a transitional period until SHoP could turn a profit. The new plan aimed to rebrand Fenn House as a joint community center instead of SHoP as its sole inhabitant. Although Schug’s short-term solution had the potential to send Fenn House in many directions at once due to the multiple tenants involved, it seemed promising.

“Ideally, the place would be bought. But right now we have no security: We’re losing momentum, even though we are gaining good programming and good reputation, which is positive, but are losing momentum in volunteerism. People are beginning to see SHoP as a venue rather than a community venture,” Shaeffer said.

In the meantime, Shaeffer and her team are exploring other potential venues and plowing ahead with October programming. As Hyde Park’s community crossroads, SHoP’s mission will continue. The bricks are there, but someone will have to provide the mortar.