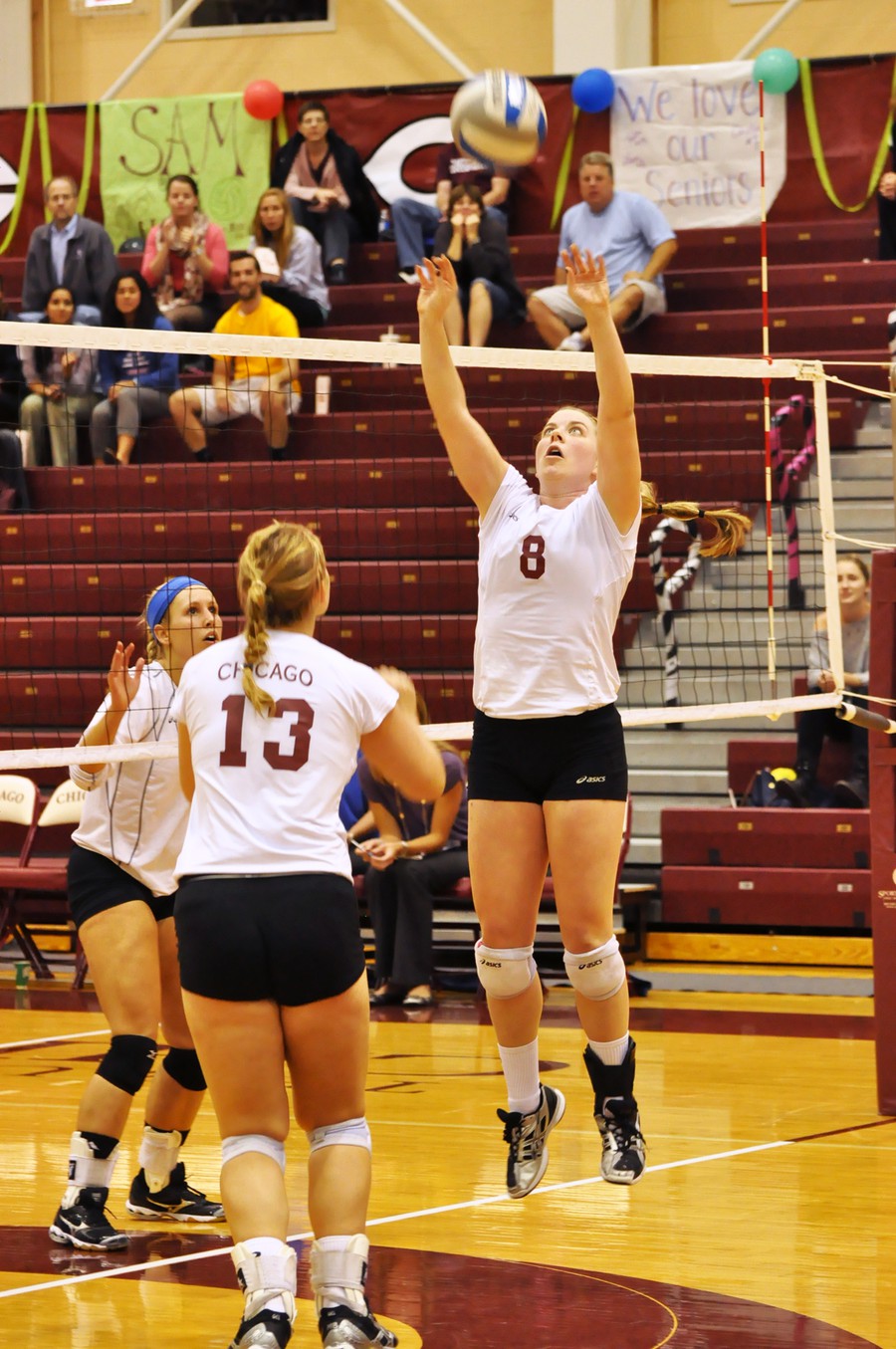 Tomorrow the Maroons (15–5) face one of their biggest tests of the season as they host the Chicago Triangular. In their final home matches of the season, the South Siders play Endicott (6–10) at 10 a.m. and Elmhurst (14–4) at 2 p.m.

The Maroons are also playing in memory of Morgan Buerkett, a former team member who died in a 2011 plane crash.

Heading into the home stand, Chicago is coming off of a strong showing in the first UAA Round Robin. There, the team defeated Carnegie Mellon, 3–0; NYU, 3–1; and lost to number six Emory, 0–3. And—big news—the squad is ranked #13 in the DIII national poll.

“[The team] appreciates the honor and opinions of the national poll, but as a team we realize we will need to work hard and earn every single win from here on out,” head coach Vanessa Walby said, “and come to play every match no matter who we are playing.”

The Maroons will be honoring Buerkett by raising money for the Morgan Lee Buerkett Scholarship Fund. The squad also encourages you to wear baby blue to the games in support of the cause. Buerkett was an active church member, Woodward House resident, and sister of Delta Gamma sorority. She would have been a third-year this fall.

The team’s toughest challenge on the court this weekend will come from Elmhurst, currently ranked ninth in the nation. On September 1, the Maroons lost to Elmhurst 2–3 in an away match.

“We were a different team going into our match earlier in the season,” right-side hitter Morgan Barry said, “and we are ready to take them on again on our home court.”

After the tough loss to Emory this past weekend, Coach Walby hopes the team will bounce back with some new strategy, intense focus, and dedication.

“We are working on a lot of new competitive and challenging drills that should help us in any situation,” she said. “We try to break down strengths and weaknesses of our opponents and get a game plan we can feel comfortable with as a team.”

Walby thinks the Maroons, if they play well, can “come out with two wins.” But it all comes down to execution. And maybe, when it comes to #13, being just a little bit lucky.