South Siders to kick it with Carnegie in UAA showdown 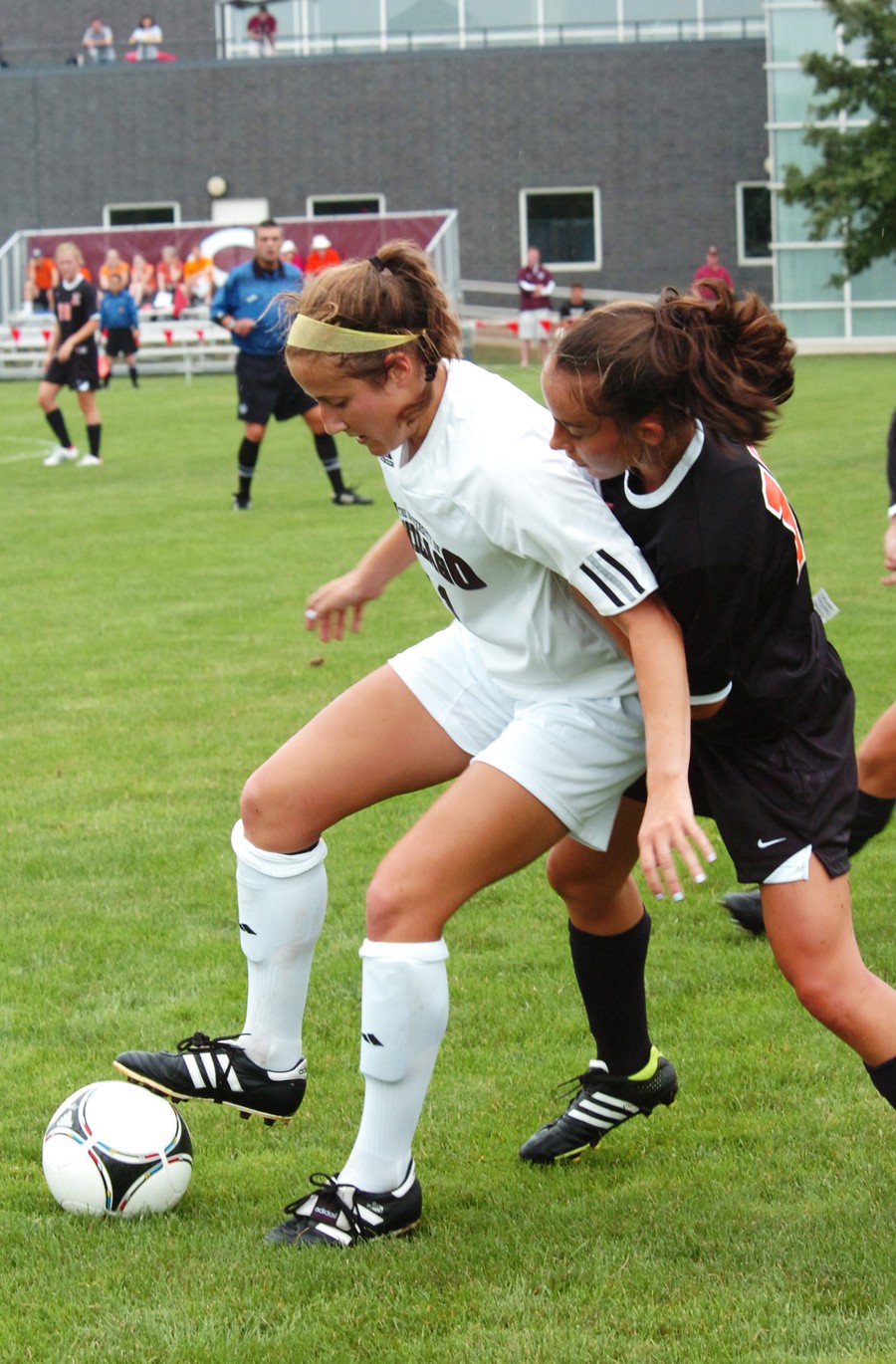 The UAA starts here for women’s soccer. After a hard-fought loss at No.1 Emory last week, the Maroons (7–3) welcome Carnegie Mellon (6–1–2, 0–1 UAA) to town, with both teams looking for their first win in conference play.

Chicago won’t be beating itself up over last week’s loss, but they are aware of how important it is to rebound with a win. With only six games now left in the conference, there can be no wasted opportunities, and head coach Amy Reifert is relishing the opportunity to face a team that, on paper, has the talent to compete with the Maroons.

“It should be a good game,” she said. “We’re two evenly matched teams who both lost on the first weekend of conference play and we’re both pretty desperate to get a win to get ourselves on the right foot in terms of conference play. We’re looking forward to a great game.”

The Maroons suffered a tough loss last weekend, as they were unable to protect the lead given to them by fourth-year Brigette Kragie’s early goal, but they have taken some encouragement from their performance against the top-ranked side in the country.

“It gives us confidence going forward, knowing that we can play with such a highly ranked team,” third-year Claire Mackevicius said. “We prepared for the Emory game just like we would any other UAA match and, though we didn’t maintain the lead after Brigette’s goal, we showed that we have the ability to compete with any team we might face.”

“I know I’m biased, but I certainly believe that we are one of the top three or four conferences in the country, especially in terms of depth,” Reifert said. “There’s not an easy game in our conference. Getting to play against Emory on the road and compete well is great preparation heading into the Carnegie game.”

It is unclear exactly what to expect from Carnegie on Saturday.

Unlike the South Siders, the Tartans have found goals difficult to come by and may have to rely on their defense to overcome Chicago’s attack, the third most clinical in the UAA. Reifert, however, doesn’t think that either team is going to change their approach to accommodate the other team.

“I think both teams are going to stick to what they do best and that it’s going to be a great competition,” Reifert said. “Obviously, we’ll make adjustments as needed for their top personnel, as I think they will for our top personnel, but I think both teams are going to put their best foot forward and believe that their teams can win with that best foot forward.

“I can’t see one team or the other feeling like they needed to change things dramatically tactically to win this game.”

Tactical adjustments or not, Chicago will be looking to their attack to lead the way.

In a season in which they have conceded, on average, a goal per game, the Maroons will be relying on their two leading goal scorers, Kragie and second-year Sara Kwan, to continue to have the same sort of influence they have been showing all season and to get Chicago its first win in UAA play.

The Maroons will kick-off at 11 a.m. tomorrow morning on Stagg Field.