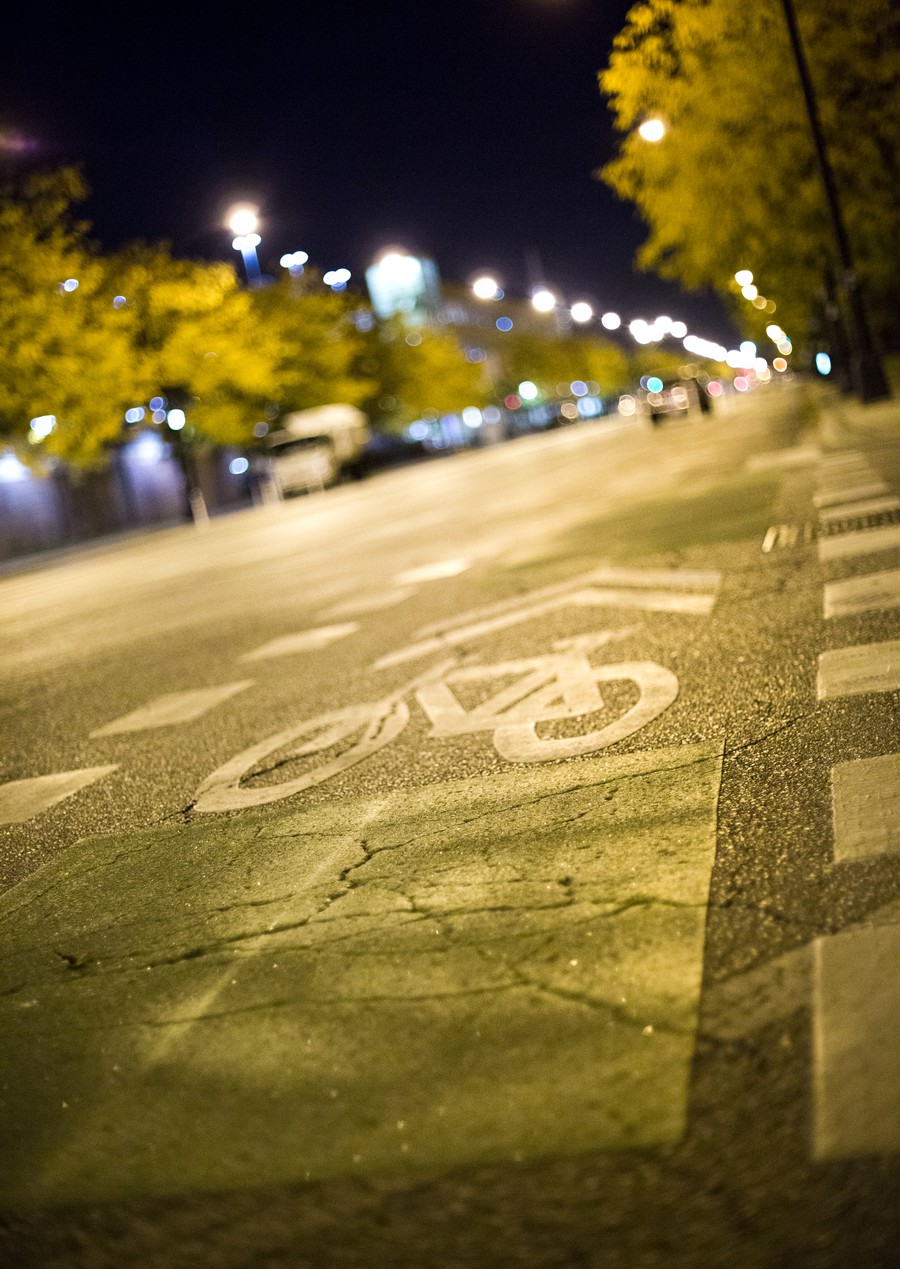 Approximately one mile of bicycle lanes was constructed on 55th Street from Cottage Grove Avenue to Lake Park Avenue this summer, in a institutionalized effort by the city to promote cycling in Chicago neighborhoods.

Protected bike lanes, which are separated from moving traffic by both parking lanes and white traffic posts, now line both sides of 55th Street from Cottage Grove to Dorchester Avenue. In addition, buffered bike lanes, which are outlined by heavy striping, have been installed between the parking and traffic lanes along the narrower section of 55th between Dorchester and Lake Park Avenue.

Despite initial problems involving motorized vehicles blocking whole sections of the new bike lanes, residents appear to have grown accustomed to the new rules of the street.

South Side resident and active cyclist Howard Zar, who led an advisory group that worked with the Chicago Department of Transportation during the plan’s development, felt that the addition of bike lanes made the streets more navigable for both cyclists and pedestrians alike.

“I think it is safer for a bicyclist. One is less afraid of traffic coming through very fast,” Zar said. “It also seems to be safer to cross on foot across 55th Street because there’s now a shorter distance and only one lane of cars coming from each direction.”

Elizabeth Bartom, Zar’s co-leader in the advisory group, also felt that the new bike lanes made the community safer, citing past concerns for her own children’s safety while biking on the streets.

President of the University of Chicago Velo Club and fourth-year Hunter Davis, however, emphasized that despite the benefits of the added bike lanes, basic road safety rules remain as relevant as ever.

“While bike lanes certainly promote commuter safety, they aren’t a fix-all solution,” Davis wrote in an email. “It’s important for cyclists to obey traffic laws, wear a helmet, and signal properly. Just so, it’s vital that motorists respect cyclists’ right to use the road and stay aware to avoid collisions.”

Although Zar still pointed out the inconveniences that arose with the bike lanes, such as the difficulty of making left turns from inside a bicycle lane and the risk of colliding with open passenger-side doors on parked vehicles, he recognized the renewed vigor of cycling around Hyde Park as a result of them.

“I’m seeing more bikes around than I remember,” Zar said. “And that’s a good thing.”