Second place and the runnin’ is easy: Maroons advance to NCAAs

The Maroons entered this Saturday's competition with a definite target: qualifying for the national tournament. And with a second-place finish at Lake Breeze Golf Course, they did just that. 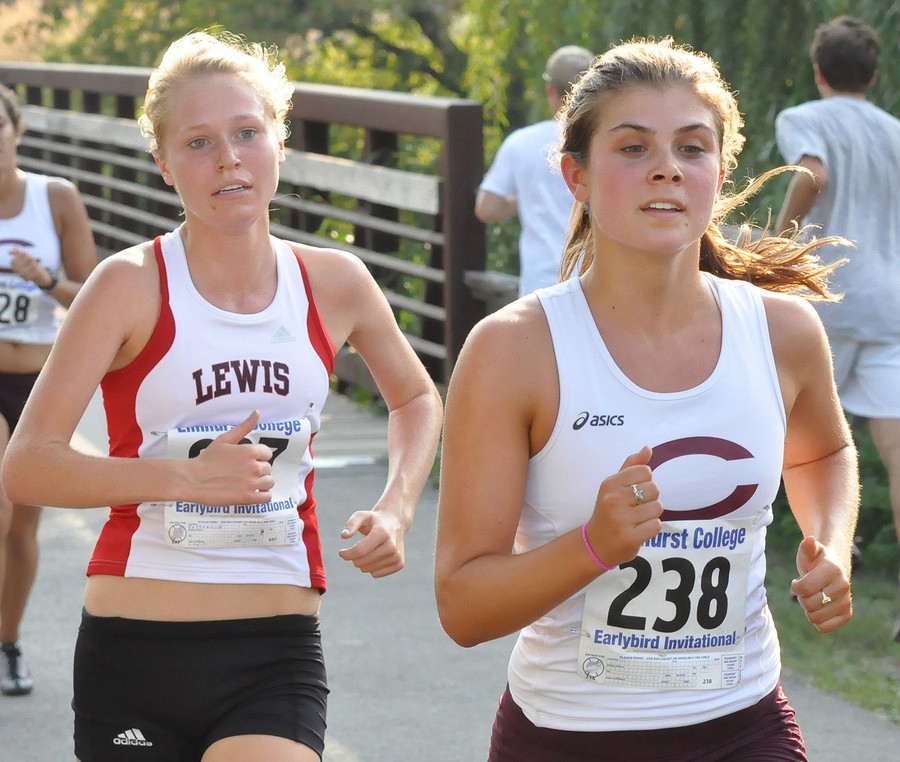 The Maroons weren’t able to live up to their tag as favorites at the Midwest Regional Championship last Saturday, but a second place finish was enough to see them qualify for the NCAA Championships this coming weekend.

Chicago finished the race on 99 points, over 30 points behind UW-Eau Claire’s 67. But those numbers mean very little to the Maroons, who entered Saturday’s competition with a definite target: qualifying for the national tournament. On that front, the squad can reflect on a job well done.

“We feel really good about our performance th is weekend,” head coach Chris Hall said. “Our goal going in was to advance on to the NCAAs and to try and do that without having to spend as little energy as we could in advancing to the national meet.”

After its victory, UW-Eau Claire leapfrogs the Maroons, who are ranked 12th in the national rankings, but trying to assess what this means regarding NCAA tournament prospects would be an exercise in speculation.

“I think we competed a little harder earlier this season when we saw them [UW-Eau Claire] at UW-Oshkosh and beat them that day, but I can’t tell you if we would’ve beaten them last weekend if we had that same mental attitude of ‘we’re going to run as hard as we possibly can and leave nothing for next week,’” Hall said.

“I just don’t think we pushed ourselves as hard in the middle stages of the race, maybe they didn’t either, I can’t speak to what they did, but I feel we’ll run better next week.”

As has been the case all season, Chicago’s star performer was fourth-year Julia Sizek, who finished in sixth place in a time of 21:51.

“She’s been our top runner all season long. That’s a hard thing to do on a really competitive team,” Hall said. “She’s just been able to set the tone for us. She’s been comfortable in that role.”

Just like her teammates, however, Sizek was holding something back.

“I don’t think she had her best performance at all this past week,” Hall said. “She ran well, she competed hard, but I also think she relaxed a bit in the middle of the race because we’re trying to get ready for the following week also.”

It was a strong performance all around from Chicago, who showed they can be a competitive team even without fully exerting themselves. The question now is how good they can be when they’re going all out. The NCAA tournament will certainly be a step up in quality for the Maroons, but given the energy they were able to save last weekend it will be one they feel they can take.

The NCAA DIII Championship gets underway this Saturday at noon in Terre Haute, IN.