This weekend, leave your house for R Kelly's closet, buy a hipster cookbook, and munch on art cinema. 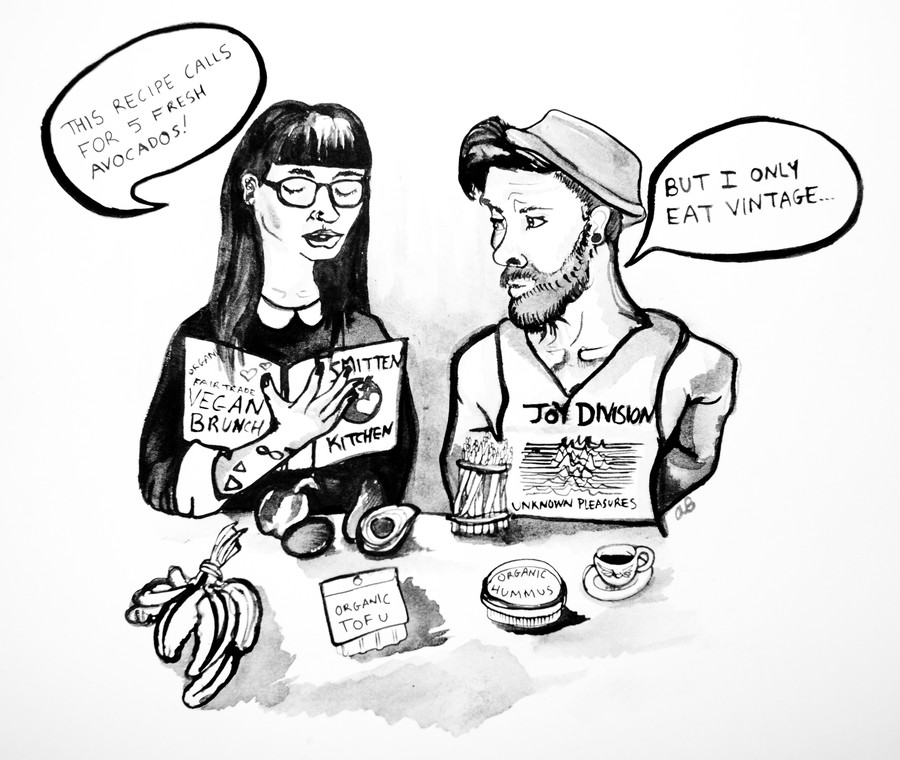 He walks up to the closet. He’s close up to the closet. Now he’s at the closet. Now he’s opening the closet. To find out what happens next and understand how small, enclosed spaces can become the stuff of legend, attend the Music Box Theatre’s sing-along to hip-hopera drama Trapped in the Closet. In the 23 installments of this strange, claustropohobic tale R Kelly plays Sylvester, a man who suffers oddly and often after a one-night stand with a preacher’s wife. There will be subtitles on screen lest you miss any lyric wit, and props, including rubbers and spatulas. Loyal fans, stay tuned for Trapped in the Closet: The Next Installment, slated to drop on November 23. 3733 North Southport Avenue. Starts at midnight, tickets $12 in advance.

The munificent Film Studies Center has organized a viewing of Gerhard Richter Painting in the Logan Center’s Screening Room 201. In the summer of 2009 the director, Corinna Belz was granted access to Richter’s studio as the artist was in the process of producing a series of large, abstract paintings—a departure from the photo-realistic style he is widely known for. The event is part of the FSC’s “What is Art + Process” screening series of artist-centric films in honor of Logan’s inaugural year. (Next on the docket is PINA, Wim Wenders’s 3D ode to uncanny modern dance choreographer Pina Bausch). With any luck the Logan Center will open again next year and we can start this process all over again. 915 East 60th Street. Starts at 7 p.m., free.

It’s hard to choose between eating an avocado and going to the movies—like comparing apples and oranges—so why not get your fill of both! Kendall College presents Chicavo!, a foodie film festival that will screen such tasty bites of art-cinema as Benevolent Baker: Doughnuts, Mozzarella Inc., and One Macaron At A Time. Instead of your run-of-the-mill popcorn and snickers, the concession stand will be stocked with fresh mozzarella from La Mozzarella Chicago, Macarons from Champs Elysees Bakery, and pizza of undisclosed origins. Then, at 1 p.m., guests will be treated to Matt Timm’s Avocado Takedown in which one talented, competing chef will win $500 for best dish using avocado (those who make guac will not be considered worthy no matter what). 900 North Branch Street. Doors open at 12 p.m., $45.

They say a picture is worth a thousand words, but when I look at Smitten Kitchen’s lusciously photographed cooking blog I just become speechless and then usually have food-related dreams later that night. Deb Perelman, known by hipster home chefs as the hands in the site’s shots of dough being kneaded and potatoes getting peeled, will be signing copies of her new venture, The Smitten Kitchen Cookbook, at The Book Cellar this afternoon. I’m getting so hungry thinking about this that I can’t even say anything else about it. 4736 North Lincoln Avenue. 3–4:30 p.m., free.

Do we need another Sunday morning, possibly premature because it’s only mid-November, holiday gift market? The answer to this question depends on how well you tolerate snow globes, bobble-head reindeer, and felt hats. But perhaps Vintage Garage Chicago’s annual, two-day Holiday Trunk Show can tempt you with trinkets that just may have been under someone else’s tree in the’80s. That’s right, Santa’s coming to town and he’s bringing the ghosts of decades past along with him. 1134 West Granville Avenue. 11a.m.–6p.m., $5 admission.

West Loop Belgian brasserie Leopold releases its merguez-gravy-doused, game-laden brunch to the general public for the very first time today. With a new chef at the helm (Michael Dean Reynolds, former chef de cuisine at The Gage), Leopold is more than ready to begin turning out poutine from its regular menu, smoked trout, pastries made in house, mimosas, Bloody Marys, and, of course, “Michael Dean’s Brunch Punch.” Rumors of house-corned rabbit hash with eggs and pickled peppers abound, and with that level of specificity how can it not be true? Too bad brunch only comes once a week (and sometimes Saturdays). 1450 West Chicago Avenue. Brunch served 10 a.m.–2 p.m., mid-range prices.