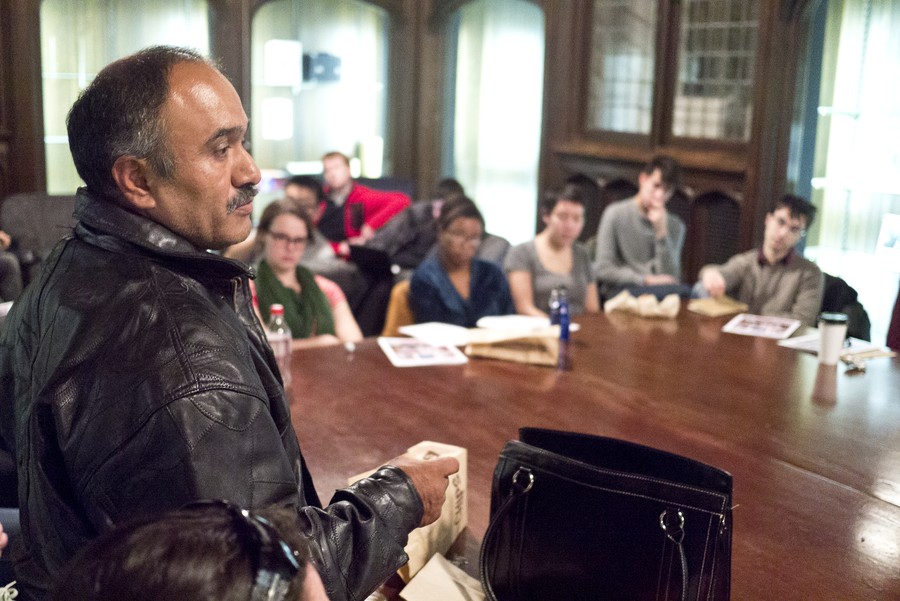 The U of C student branch of the Southside Solidarity Network (SSN), along with multiple RSOs, hosted a discussion on the University’s continued investment in HEI Hotel and Resorts on Tuesday.

The speakers included members of a number of other RSOs and HEI workers who claimed they had been mistreated by the hotel company.

HEI, which manages over 42 full-service, upscale and luxury hotels and resorts, has come under fire for the alleged abuse and maltreatment of workers. As a result, many of the University’s peer institutions, such as Harvard, Princeton, Yale, Cornell, Dartmouth, and Brown, have withdrawn investment from HEI, although the U of C has not.

Administrators explained that the University’s policies on involvement in social and political movements were based on the Kalven Report, a document published in 1967 by a faculty committee under the leadership of law professor Harry Kalven that dictates that the University as a whole must remain neutral on political questions.

Second-year SSN member Emma LaBounty cited the movements to divest in HEI on other campuses as motivation for U of C to follow suit.

Luz Olivas, an employee of 15 years for a Marriott branch, worked before and after the hotel came under HEI management, and noticed changes after the ownership switch.

“I don’t have time to do anything. I feel awful because HEI cut positions and I’m doing the work for two or three people. My body is…I feel so exhausted. I don’t feel like I even want to spend time with my grandkids. I love them, but I don’t have time.”

Olivas said that she is expected to clean 100 rooms each day, and that often her bosses have told her to “shut up” in response to her complaints of being overworked.

Another HEI employee, Pedro Garcia, who worked in housekeeping at the Hilton in San Diego Mission Valley, said that upon falling sick from eating the food that was provided at the company, his bosses showed no concern.

“They never told me that it was okay to go home. They told me to take something and keep working,” he said.

University spokesperson Steve Kloehn wrote in an e-mail that the U of C as a policy does not comment on individual investments. However, he said that the University’s investment team performs thorough due diligence to ensure that the managers of its investments have a clean history, but take a hands-off approach.

“The University does not involve itself in the day-to-day management of the funds and companies in which it invests,” Kloehn wrote.

Olivas said that she wanted to convey the following to the University’s President:

“Please stop investing money in the company that treats us like machines, like animals, and don’t respect us.”