The Review continues prestigious literary history south of the Midway 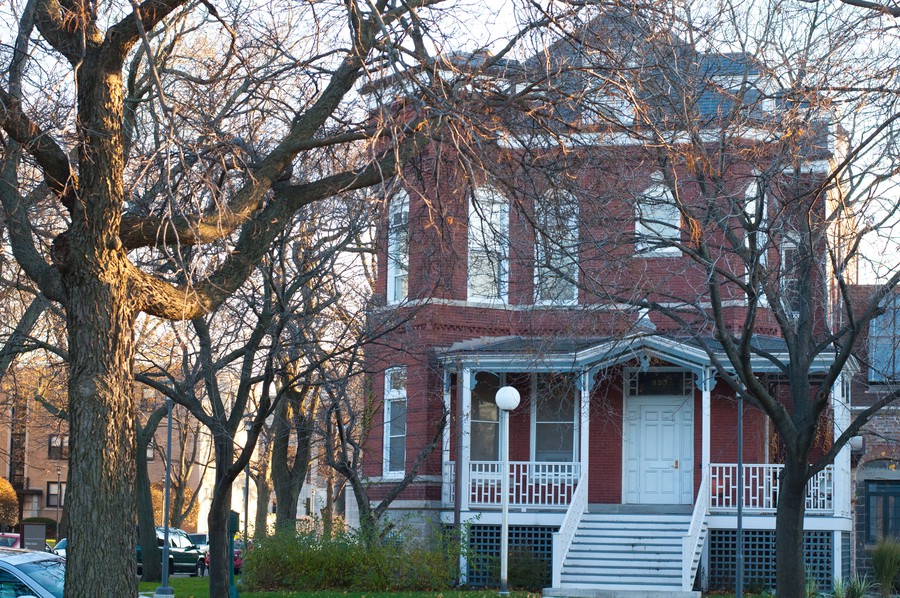 Taft House, located at 935 East 60th Street, will serve as the new home for the Chicago Review literary magazine.

Over the course of the last two weeks, the long-running literary magazine, the Chicago Review, moved its offices from Lillie House, at the intersection of East 58th Street and South Kenwood Avenue, to Taft House, near the new Logan Center for the Arts, south of the Midway. Founded in 1946 and run primarily by graduate students, the Review has long been and continues to be a platform for innovative writing.

Last year the U of C decided that the Review should be moved from its historic location to one on campus, despite a relationship with the publication that co-editor Joel Calahan described as “benign neglect.”

“It was sometimes easy to imagine that they’d forgotten about us over at Lillie House,” said Calahan. “When they had to step in to move us, though, we were very pleased with how it went.”

Proximity to campus was not the only motive behind the move, however, as the state of disrepair in Lillie House forced some action. Despite being declared a National Historic Landmark in 1976, the condition of the building was far from ideal, as co-editor Michael Hansen noted in his reflections on working there.

“Last year, I came to my office and noticed the window was open. I assumed it had blown open (a common occurrence), so left it as it was. I sat down at my desk and worked quietly for probably close to an hour before I realized that three baby squirrels were curled up in a ball near my feet. Baby squirrels can really jump, I found.”

Taft House provides much more than an escape from squirrel invasions, though. The Review staff will now have access to a more contemporary office infrastructure, from better equipment to conveniences such as a kitchen.

The most significant change for the Review in its new home will undoubtedly be its new neighbor: The U of C’s Creative Writing Department is also situated in Taft House. This will give the Review easier access to the writings of talented students throughout the school, potentially increasing its output of quality material. Both the proximity to U of C staff and increased connection to student work will undoubtedly bring the publication and school closer together despite a history of separation and occasional conflict.

The magazine has historically explored new frontiers and pushed limits in literary fields. During the 1950s, the Review published many works that were part of the controversial Beat movement, including pieces by innovative and divisive writers like Jack Kerouac and Williams S. Burroughs. The latter’s inclusion caused a great deal of controversy in 1958 when the publication of excerpts from Naked Lunch prompted the university to censor the next issue under public pressure. Several editors quit in protest to found a separate literary magazine called Big Table.

The issue of censorship remains very serious in all creative fields, but the Review’s current staff feels that the danger is now very low. “We have never had trouble with censorship or interference, but we are always alert to guarding against this possibility,” said Hansen. “We want to have a good working relationship with the university, but our independence is not a matter up for discussion.”

While troubling problems of censorship have not been an issue for the Review in quite some time, the move to campus and consequent reconnection with the university should only help guard against the problem by allowing for better communication and cooperation.

Despite the many changes that have come and are still coming for the Review, its fundamental mission to find and showcase high-quality and innovative writing will not change. In particular, the staff will strive to shed light on authentic, original writing. As Hansen put it, “The most important question for me, when we’re considering something for publication, is this: Does this sound familiar? In other words, could I expect to see this poem or story in just about any literary journal on the shelf at the bookstore? If the answer is yes, I don’t want it.”