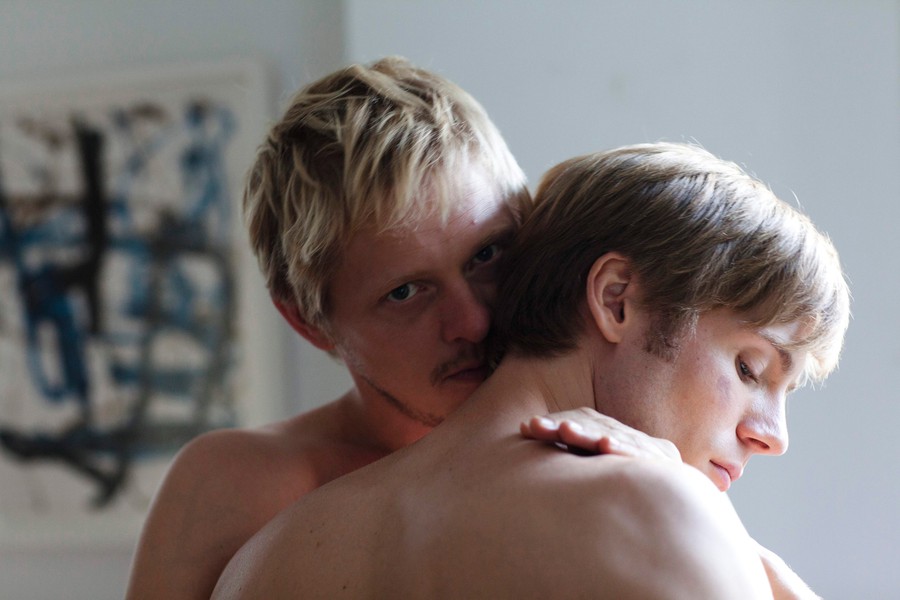 Drama is as drama does, but what drama usually doesn’t do is craft a tale of a tortured, drug-fueled love affair without leaving a bitter taste in the mouth. Keep the Lights On, produced by Chicago’s own Music Box Films and directed by Ira Sachs, manages to portray a difficult, nearly decade-long relationship with an abundance of subtlety and depth, but a minimum of melodrama or self-pity.

Based on a past relationship of Sachs’s, the film centers on Erik (Thure Lindhardt), a Danish documentary filmmaker living in New York, and the full course of his relationship with Paul (Zachary Booth), a high-powered publishing house lawyer. Spanning from 1998 to 2006, the film is very much informed by gay New York culture from the ’50s to the ’80s. A large portion of the film centers on Erik’s latest documentary, a look at gay porn culture in New York, which goes on to win the Teddy Award in Berlin, foreshadowing Keep the Lights On’s own eventual win of a Teddy Award.

Erik and Paul meet inauspiciously—through a casual hook-up call line. After their first encounter, they end up meeting time and again, eventually deciding to become a couple (after Paul finally resolves the fact that he has a girlfriend). From one of the first encounters, Paul’s drug habit begins to creep into the relationship (and the narrative). Over the next eight years, Erik and Paul’s relationship goes from good to great to bad to worse (and then back again), constantly raising the question of why Erik is so devoted to Paul, why Paul resists normalcy, their relationship, and help, and how the saga can possibly end.

The film’s basis in Sachs’s life rescues it from relentless drudgery and a depressing take away message. Keep the Lights On’s redemption is reflected in a few key elements.

The opening credits: The framing of Sachs’s film takes place in its very beginning moments, as paintings by his current partner, Boris Torres, lazily flash across the screen. The story slides into the universal; Erik and Paul’s love is once again situated in  the context of the many couples and vast culture that have preceded them. It’s the opening—with its focus on atmosphere and the ordinariness of Erik and Paul—that sets the tone for the rest of the film, making its successes possible.

Arthur Russell: The music of Arthur Russell—a cellist, guitarist, keyboardist, and singer—anchors the soundtrack. Appearing in nearly every scene, Russell’s music acts almost as a third main character in the drama, giving the film’s sordid details a sense of poignancy and humanity.

The sweet and the sour: Just as in any relationship that sustains itself, the film balances bitter fighting, petty disputes, and self-doubts with painfully passionate love scenes, surprise birthday parties, and the support of friends. Because the film has such a large time-span to draw from in telling its story, Keep the Lights On can curate the best and most effective moments from Erik and Paul’s trajectory.

That one scene: You’ll know it when you see it. One of the most heart-wrenching and real experiences between Erik and Paul, this scene ultimately brings a plot sodden with more traditional relationship woes and waverings into the realm of pure love and suffering. It shows the results of the first half of the movie playing out, both in terms of Paul’s addiction and Erik’s commitment. The scene acts as both catalyst and catharsis for the rest of the film.

The ending: Realism at its best. Likely attributable to the story’s basis in Sachs’s life, the film comes to a close when Erik and Paul finally part ways. The saga is over, but the way Erik makes his way into a New York City crowd hints at the vastness of what has happened and what could still happen. Paul has seemingly overcome his addiction and gotten his life in order, while Erik is investigating new love interests and becoming more well-respected as a documentary filmmaker. Their parting doesn’t cast these events in doubt, but rather situates them in the lives of real people—or, at least, real characters.

Keep the Lights On creates an unforgettable character in Erik and an array of unanswered questions, beautiful comparisons, and lasting moments. Though focused on the most common of human endeavors and failures—a romantic relationship—Sachs saves his film from the pitfalls of mundanity, navel-gazing, and despair.

Directed by Ira Sachs, Keep the Lights On is currently playing at the Music Box Theatre.