Bear-ly breathing: Chicago’s season on line versus Wash U 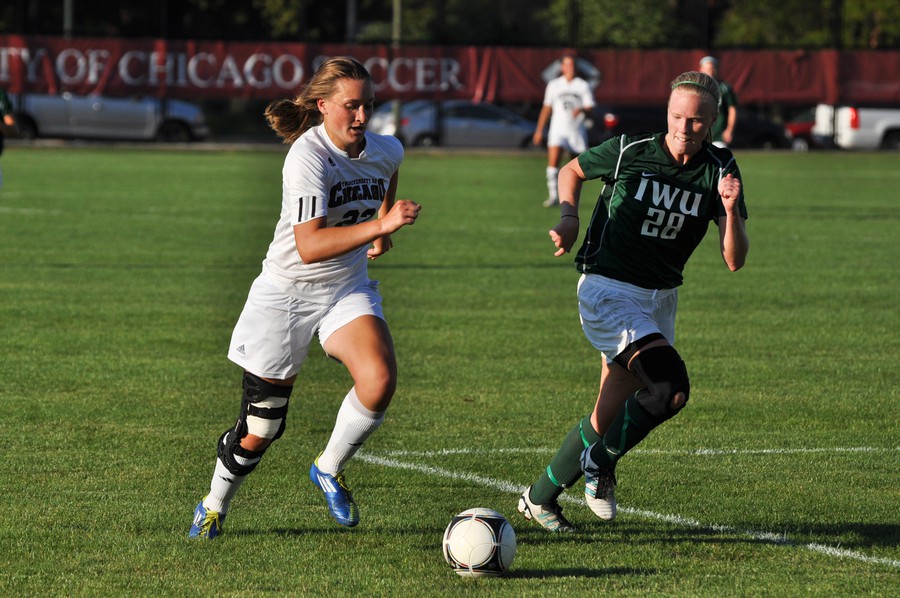 One month ago, the Maroons were 0–2 in conference play with five UAA games remaining. With their hopes of an NCAA tournament bid hanging by a thread, five wins were a must. Four weeks and four victories later, that number is down to one.

Chicago (12–5, 4–2) will face off against Wash U (15–1–1, 5–0–1) this Saturday in a game that could well decide whether or not they receive a bid to the NCAA tournament. If they win, a bid remains a distinct possibility. If they lose, the Maroons’ season is almost certainly over.

Wash U is unbeaten in UAA play this season, with their only regular season loss coming against Wheaton back in September. Since then, the Bears have gone 11–0–1 and have jumped up the national rankings to fourth place.

The Maroons, as ever, are focusing on their own game, regardless of the opposition.

“We prepared this week like every other UAA week,” fourth-year Emily Heaton said, “high intensity. We focused on getting the ball wide, slotting it in, and finishing our chances consistently.”

Consistent shooting has been somewhat of a theme for Chicago after being held to only two goals in its first two conference games. Since then, the Maroons have averaged four goals a game in UAA matches, including six against Case last Friday, and will be hoping to capitalize on that momentum.

“We are feeling confident heading into our game against Wash U,” Heaton said. “We are coming off of an important weekend with two wins at Case Western and Rochester respectively. We’re going to bring the same momentum and level of intensity to St. Louis.”

The game against Wash U will be the Maroons’ fifth game in a row on the road and they are not taking the hostile atmosphere lightly.

“Away games demand more mental discipline and focus. Having more away games at the end of the season has not proven to be a problem for us,” Heaton said. “We know we must win, and that’s our mentality. No excuses.”

For Wash U, an NCAA bid looks very likely. They are guaranteed at least a tie for first place in the conference with a loss, and a draw or win will see them top the UAA ahead of Carnegie Mellon. But this game has implications beyond league position. This is a rivalry game, and Wash U, who has dominated Chicago in recent years, will want bragging rights again.

There will be plenty of distractions for the Maroons this Saturday, but the situation is very clear. They need to win.w

“Wash U is our big rival,” Heaton said. “It’s the last regular game of our season. It’s at their home field. Needless to say, a win against Wash U would be huge.”

Kickoff against the Bears is set for noon tomorrow in St. Louis.