Judgment Day as Maroons kick off UAA tournament against Brandeis 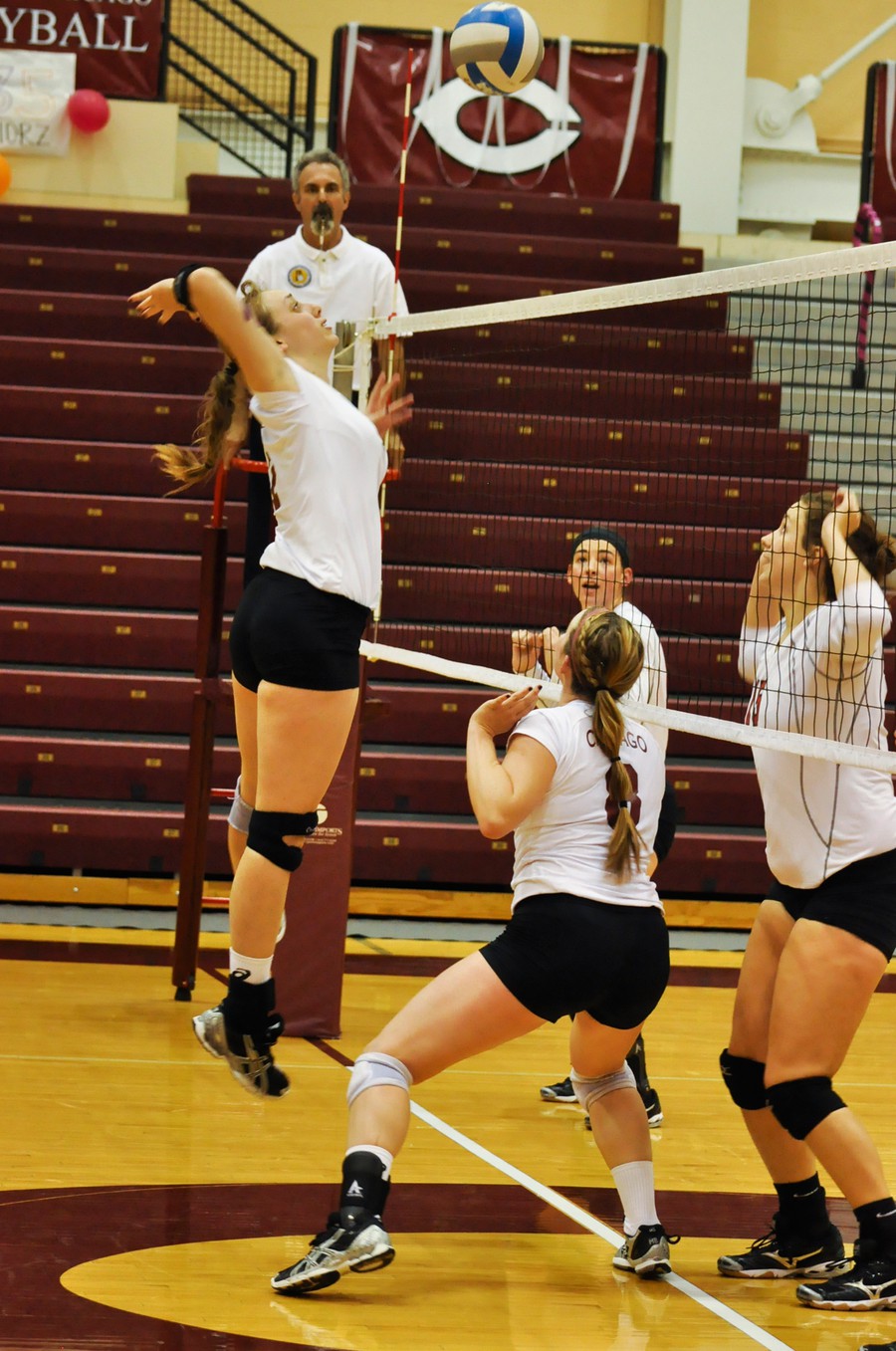 The Maroons have flown south to Emory this weekend to compete for the UAA championship. They will face Brandeis today at noon (EDT) in the quarterfinal.

The UAA tournament will decide Chicago’s chance at an automatic bid to the NCAA tournament. If the South Siders win three matches in a row, they will be playing at Regionals for the championship tournament—their ultimate goal.

After consistent improvement at Elmhurst and Benedictine in the last couple of weeks, the Maroons are ready to test their mettle in the post-season.

“I do feel that we are ready for this weekend,” head coach Vanessa Walby said. “Even though we don’t play or see these teams all of the time, I feel like the girls know them pretty well.”

Judging from Brandeis’s 0–10 conference record last season and their 1–6 mark this season, it seems that the second-seed Maroons are the favorite to advance to the second round.

“Brandeis will be a good match,” third-year Nikki DelZenero said. “With single-match elimination in the UAA Tournament, every team will be playing their absolute best. While they have not performed particularly well this season, we need to be ready to play a solid match and focus on our next match.”

If the Maroons proceed from the quarterfinal as expected, they are likely to encounter Wash U in the semifinal. The team is currently ranked first in the country and has a historically strong program. Chicago expects a hotly contested match.

“Wash U has some great pin hitters and a very good defensive libero,” DelZenero said.

Nevertheless, the Maroons beat the Bears earlier this year for the first time in history, improving their all-time record against Wash U to 1–33.

“It is important that we take one match at a time and realize that we are going to come out and play our best every single match,” Walby said.

If the Maroons were to advance to the final, their most likely opponent would be Emory, the sixth-ranked team in the nation, who received a by in the quarter final after NYU withdrew from the tournament following super storm Sandy.

“Emory is also a good offensive team,” DelZenero said, “but they have younger girls, and if we serve aggressively and [are able to] be on top of our blocking game, good things will happen for us.”

This is all mere prediction, however, and in a conference full of talented teams, it will be important not to get distracted by regular season records.

“I think that a lot of the teams in the UAA are evenly matched,” Walby said. “There were a lot of ties (including the 3-way tie for first). Anything can happen on any given day. We see it in March Madness every year. The same thing can happen here. You need to come and play every single match as hard as you can.”

The Maroons’ quarterfinal against Brandeis begins at noon today (EDT), with a potential semifinal scheduled for 4 p.m.