New markers to guide visitors to, from, and around campus 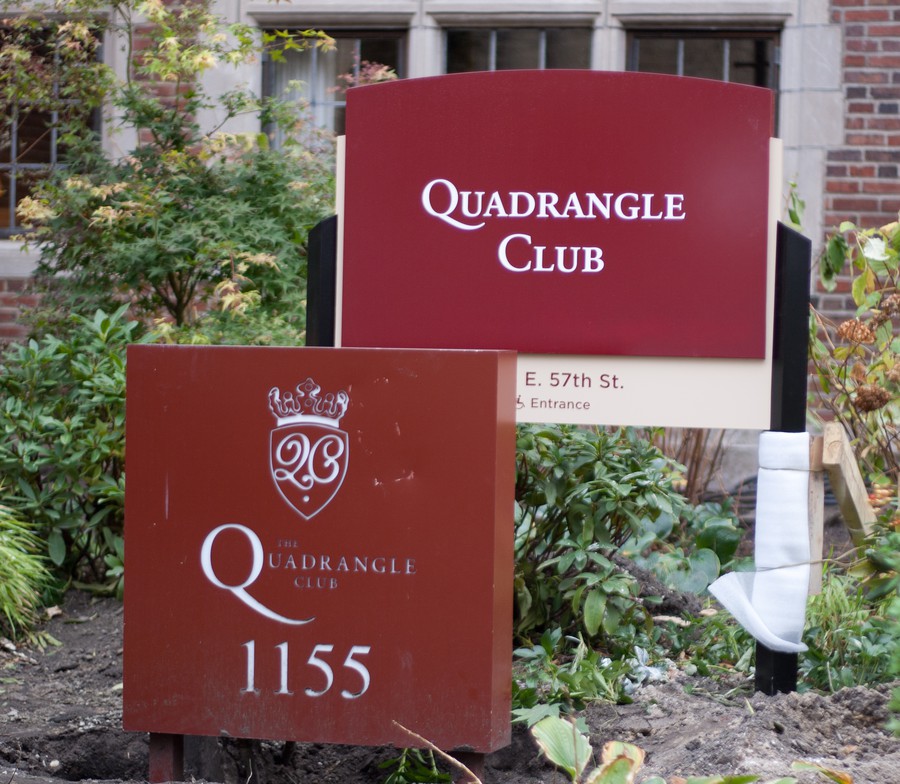 For the first time in 20 years, the University began a holistic upgrade of signs and maps around campus and nearby roadways this week, which will continue at least into the summer of 2014.

The project began this week with the installation of 18 new maps on and around campus, as well as the installation of signs directing visitors between campus and Lake Shore Drive, the Dan Ryan Expressway (I-94) and the Chicago Skyway (I-90). New signs also were added near the University of Chicago Medical Center (UCMC) directing patients and visitors to parking.

“The new navigational tools are part of a four-year effort to expand, improve and unify University signage,” according to a University statement about the changes.

“The University of Chicago attracts visitors from around the country and the world. We wanted to make sure that our campus was welcoming and convenient not only for our guests, but also for members of our own community,” Associate VP for Communications Planning and Programming Robert Rosenberg wrote in an e-mail.

Planning for the project began in 2009. Because the last comprehensive signage update happened in 1992, administrators felt it necessary to introduce new signs to make campus navigable and to “strengthen campus identity” and provide consistent signage for all University buildings, Rosenberg wrote.

“The new signs are designed to be informative and clear, and to contribute aesthetically to our campus,” Rosenberg wrote.

In addition to the new transportation signs, the upgrades will also add stone markers with the University crest to outline campus borders, large pillars on the Midway and 55th Street welcoming visitors to campus, and updated signs identifying handicap-accessible routes and fire lanes.

The project will be implemented in four phases, beginning with the installation of prototypes for building signs as well as vehicular directional, parking, and campus maps. The second phase involves pedestrian directional signs and others, followed up by the third phase with building markers and gateway signs in summer of 2014, according to a University news release. Before the third phase, the Office of Communication and Facilities Services will assess feedback on the prototype signs. The last phase of the project will include regulatory and miscellaneous changes.