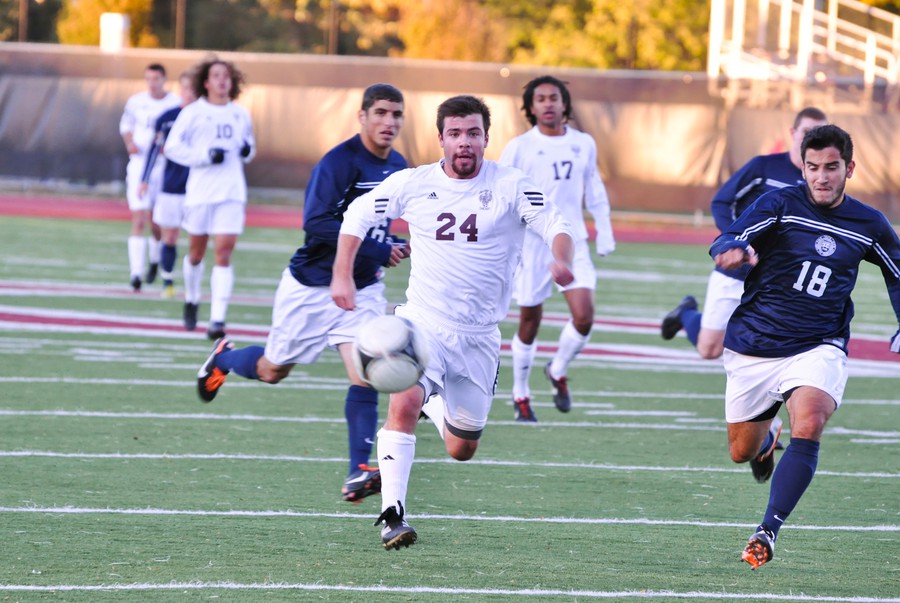 This weekend, the South Siders (8–4–4, 2–3–1) will head to St. Louis for the final game of the regular season and the stakes couldn’t be higher. For one thing, the opponent is Wash U (10–4–1, 4–2), the ever-lurking antagonist for all of Chicago sports, and the team that sent off last year’s fourth-years with a 2–0 home defeat. For another, a bid to the NCAA tournament may be on the line.

“It’s a statement game in many ways,” second-year midfielder Michael Choquette said. “The plan is outright to beat them soundly.”

Wash U will undoubtedly be the favorite to win, sporting a slightly better record to go along with home-field advantage. But don’t be quick to assign a loss to the Chicago side after last weekend’s 4–1 fall to Rochester. The Maroons match up more favorably with the finesse of the Bears, as opposed to the straight-shooting, go-for-goal style of the Yellow Jackets.

“Wash U is a much more technical, possession oriented team,” fourth-year defender Garrett Laird said. “We don’t have a very big team, but we do have plenty of skilled and technical players.”

Motivation won’t be a question for Chicago. This weekend’s match-up offers Chicago an opportunity to bounce back from last week’s game, in which a victory would have improved their tournament bid.

“We use a loss as motivation,” Laird said. “It’s awful having to wait a full week to erase a loss from your memory so everyone is motivated to go get a win.”

And then there’s what happened last year. In the final game of an already disappointing Chicago season, Wash U broke a four-game Maroon winning streak with a 2–0 victory on Stagg Field.

“It definitely hurt a lot, as it was the seniors’ last game and my last time playing with them all,” Choquette said. “I would love nothing more, at this point, than to avenge that loss.”

Avenging that game would mean a potential bid in the NCAA tournament. Another loss would send the Maroons home early.

“We feel we have the talent, the drive, and the will to win any game, especially this one against Wash U,” Choquette said. “We are going into the game expecting to win.”

But either way, the season will not be a lost cause.

“This has been a great season looking back,” Choquette said. “We’ve put together a great body of work; we’ve played well on the field, we’ve improved on results from last year, we’ve dealt with a whole string of injuries, and we’ve put ourselves in a position for postseason play.”