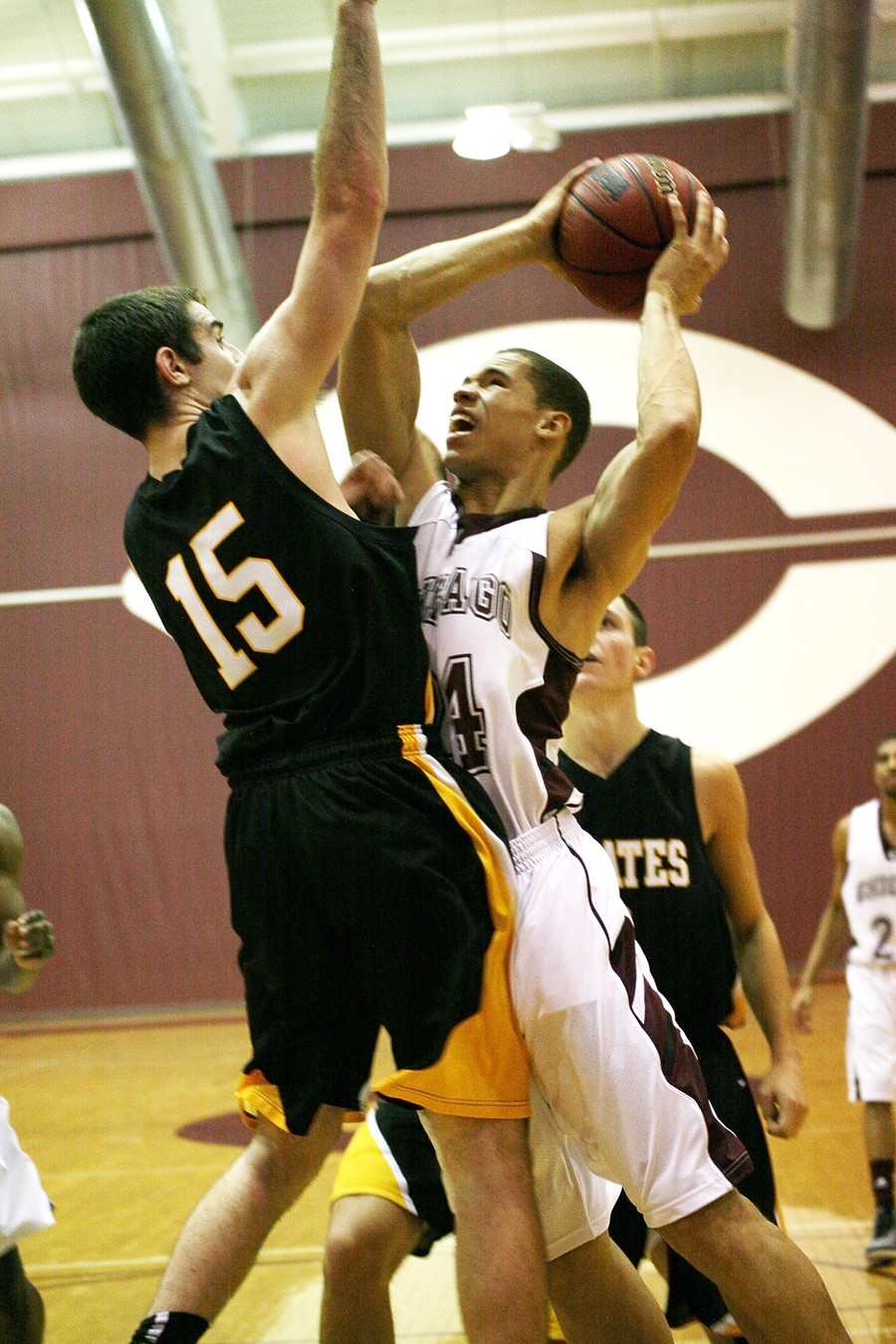 Sunday’s UAA/SCAC Challenge game against Trinity was about more than just basketball.

One of the most successful Maroon coaches in history, Cunningham led Chicago to two consecutive UAA Championships and NCAA Sweet 16 appearances in 1997 and 1998.

“He’s one of my best friends and a great, great person,” McGrath said. “It’s hard to play a game against someone you care about as much as him and as much as he has meant to this school, campus, and basketball program.”

As tough as it was for McGrath, his team edged out Cunningham’s 64–49 at the Ratner Center on Sunday. The victory came after Saturday’s nail-biting 74–71 win against Southwestern to put the Maroons at 3–0 on the season.

The Pirates’ 4–21 record in the 2011–2012 season did not stop them from pursuing an instant spark on Saturday. Southwestern fourth-year point guard Chase Kocher scored six points in the opening four minutes to put his team up 9–2.

McGrath attributes the low scoring start for Chicago to the 81–52 blowout win on Thursday against Maranatha Baptist.

“We had a little bit of a lapse earlier tied to the relativities of the first game,” he said. “Obviously, the pace of that game was significantly different. It kind of takes a minute to adjust to that after the game we had on Thursday.”

On top of that, the Pirates shot 57.7 percent from the field in the first half and 45.5 percent from behind the arc.

“If you let a team get going, it’s awfully tough to get them stopped,” McGrath said.

Despite going 2 of 8 from three-point range and 7 of 19 from the field in the first half, the Maroons were down by just four points, 34–30, at the half’s end.

McGrath said that the Maroons needed to react better to plays and battle better.

“I felt like we just needed to take control,” he said.

With 11:35 remaining in the game, the Maroons took their first lead of the day and overcame one more deficit to clinch the victory after Southwestern forward Daniel Mataya’s three-point attempt went in and out as the final seconds ticked off the clock.

The Maroons did not mirror the same slow start on Sunday and were up by 13 points at the half.

Led by Smith’s 17 points and first-year John Steinberg’s 11 points, the Maroons did not let the game go out of reach.

While Smith nailed shots that were difficult to make and penetrated the lane against many defenders, his most talked about play came with exactly eight minutes remaining in the game.

As the shot clock wound down for Chicago, Muskeyvalley tripped, allowing for a fast break opportunity for Tigers’ guard Joe Shotland. Smith, however, ran Shotland down, prepared to leap, and blocked Shotland’s lay-up off the backboard.

“When it comes down to key situations, it’s all pretty much instinct,” Smith said. “When I’m not thinking too much is when I play my best ball.”

Smith leads the team in scoring with 17.7 points per game, and McGrath said he is looking forward to the presence Smith will continue to offer the Maroons.

“He’s on a high, and he’s done really well for us,” McGrath said. “If he continues to work and keep his focus, then he’s going to be a special player.”

The Maroons look to continue their undefeated season this Saturday at the Ratner Center against Augustana. Tip-off is scheduled for 3 p.m.