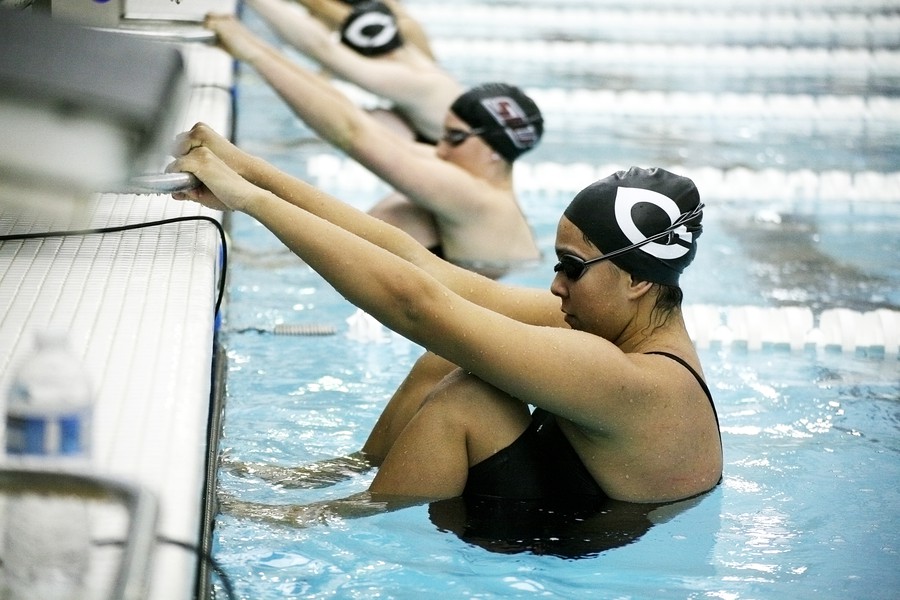 After a long three days of competition, the men’s swim team took a decisive first place at the Phoenix Fall Classic, while the women’s team was narrowly defeated and had to settle for second. Chicago hosted the Classic, which featured swimmers from twelve different colleges, at the Myers-McLoraine Pool.

The mid-season meet was designed to help the team gauge their progress as they start to think about NCAAs.

“Even though it’s early in the season, it serves as an opportunity for everyone to compete while rested to see how much they have progressed since the season started,” head coach Jason Weber said. “Overall, this was our best mid-season meet ever.”

The Maroons had impressive performances across the board, setting four Myers-McLoraine Pool records, eight team records, and posting twenty-five NCAA provisional time cuts that could go on to qualify for NCAA Championships.

The men’s team dominated the competition, finishing with 838 points to second-place Southern Illinois’s 507. Overall, the team showed its strength in relays and individual events alike, with several standout performances.

On the diving side, second-year Matt Saab earned first in the 3-meter, with fourth-year Bobby Morales finishing in second.

“We had several impressive performances this weekend,” fourth-year captain Denver Barrows said. “All of the men’s relays swam incredibly well and our breaststrokers swam some of the top times in the nation. Ultimately, we are a team that dominates the stroke events and we showed that this weekend.”

The women’s team also produced many strong swims, but could not pull off a first-place finish.

“On the women’s side, we were burdened with a stomach virus that really affected the output at the beginning of the meet,” Barrows said.

Despite illness, the women’s team fought hard, and the finish was close. In the end, Truman State won out with 810 points, and Chicago came in second with 805.5 points.

First-year Ciara Hu broke a pool record and achieved an NCAA B-cut in the prelims of the 200-yard butterfly with a time of 2:05.78. Fourth-year Kathleen Taylor had an impressive finish in the 1,650-yard freestyle, narrowly beating the runner-up by one and a half seconds. The women’s team finished first in five events, and earned several NCAA time cuts.

Ultimately, it was teamwork that pushed the team to swim its hardest, and put out some of the fastest times of the season.

“In my four years here, I have never seen anything like the chemistry we currently have on this team,” Barrows said. “This meet was all of that work and belief in each other coming together. It couldn’t have been better.”

“We tend to see great performances from our swimmers and divers when they know they have the support of their teammates,” Weber said. “Everyone feels accountable to each other which only serves to motivate them more to succeed.”

With an already strong season underway, the teams will take a break from competing to continue to focus on training until their next meet in January.