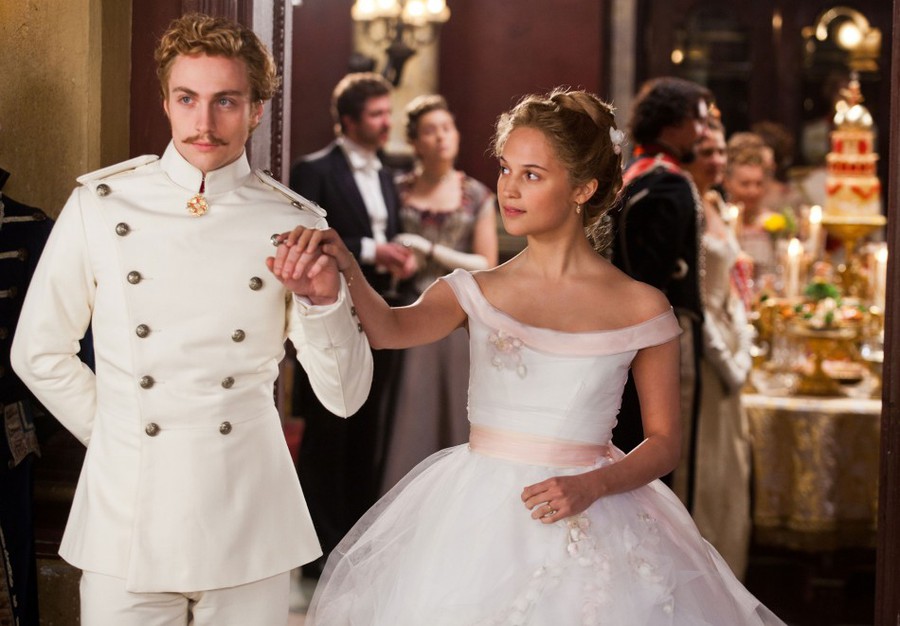 While creating his 2012 incarnation of Anna Karenina, director Joe Wright faced two major considerations. The first is that there have been no fewer than eleven prior film adaptations of Leo Tolstoy’s literary masterpiece (not counting the TV movies), and he has certainly faced pressure for his Anna to stand out. The second is that major Hollywood studios usually experience the same pitfall when translating 19th century novels to the big screen, which is that when the text of the novel is absent, certain aspects of the plot, such as high-society scandal, are overemphasized to garner wider appeal, and the end result often falls flat (think of the 2012 remake of Bel-Ami starring Robert Pattinson). Not only did Wright have the daunting task of creating an original film version of what is widely considered to be the greatest novel of all time—he also had to avoid letting his film become another sexy period piece.

Wright’s solution seems to have been to make Anna Karenina a rich visual experience. The majority of the film is shot inside countless sets that were built in an old theatre, no doubt to symbolize the pretensions and constructs of Russian high society. The sumptuous ball gowns, glittering jewels, and elaborate sets all properly dazzle the viewer. However, the central importance of theatrics quickly creates problems pertaining to space and time. A character exits a decadent party by way of a ladder on the side of stage, climbs into a theater attic, and is suddenly surrounded by impoverished citizens of Moscow. This scene begs the audience to question where he is and how he got there. For viewers unfamiliar with Anna Karenina the plot will seem fragmented. Although the theatrical vision captures some of the more playful elements of Tolstoy’s novel well, Wright’s quest for originality comes with compromises, and, consequently, the essence of the novel falls by the wayside.

Anna Karenina is the tale of a seemingly perfect society wife, the titular character, who is suddenly compelled to take a young lover. As the details of her affair become a frequent subject of gossip and she is increasingly isolated by her former friends, leading to mental turmoil and a path of self-destruction. Anna is played by Keira Knightley, who has previously worked with Wright in Pride and Prejudice (2005) and Atonement (2007). Knightley, who has proved that period pieces are her niche, is a natural, albeit safe, choice for the protagonist. She looks stunning and captures Anna’s appeal as well as the insecurities and forced cheer that emerge from her demise, but she never really succeeds in portraying Anna convincingly as the near-detestable woman she becomes in the end. Part of her problem is that in a world where servants move like wind-up dolls, live trains turn into toy trains, and sets change in the blink of an eye, it’s difficult to take the characters seriously. Knightley may attempt to accurately convey Anna’s passion and mental strife, but she’s working against other elements of the film that overtake any deep insight into the psyche of a woman who feels that she is running out of options.

A far more interesting casting choice is Jude Law as Karenin, Anna’s charmless diplomat husband. Indeed it’s difficult to imagine Jude Law playing anything charmless, but he lends the role enough sympathy for Karenin to be understood not as malicious and controlling, but as a man genuinely betrayed in what he believed was an appropriate and content marriage. Aaron Taylor-Johnson plays Vronsky, the young man who lures Anna from her “moral” life. Unfortunately, he lacks Vronsky’s powerful sensuality.

The philosophical musings of Oblonksy’s friend Constantin Levin (Domhall Cleeson), the character whose voice is most like Tolstoy’s, barely factor into the film at all. The film offers a sense of Levin’s awkwardness and brooding, though his exhaustive reflections on how to live a righteous and purposeful life are reduced to a single cryptic phrase: “Today I realized something.” Nevertheless, his pursuit of the beautiful debutante Kitty (Alicia Vikander) is as charming as ever.

The film also largely misses Tolstoy’s approach toward adulterous passion. Part of the genius of Tolstoy’s novel was that it conveyed the carnal desire without ever including a description of the actual sex act. But by now we know that Hollywood is too voyeuristic to operate with that level of subtlety. Rest assured there are stylishly shot love scenes, though they contribute nothing to the movie at all.

There’s one scene of the novel that I’ve always felt was crucial, which occurs at the peak of Anna’s desperation, where Anna consciously enchants Levin, whom she realizes is aligned with Kitty, just because she knows she can. It’s Anna at her most desperate and most cruel, but she revels in her beauty and her charm as the only remnants of power that cannot be taken away from her. Unfortunately, this scene does not appear in the film. Obviously not everything in the novel can make the final cut, but this particular omission seems emblematic of the fact that Joe Wright’s film, beautiful as it is, is really about Anna Karenina, the production, and not Anna Karenina, the character.