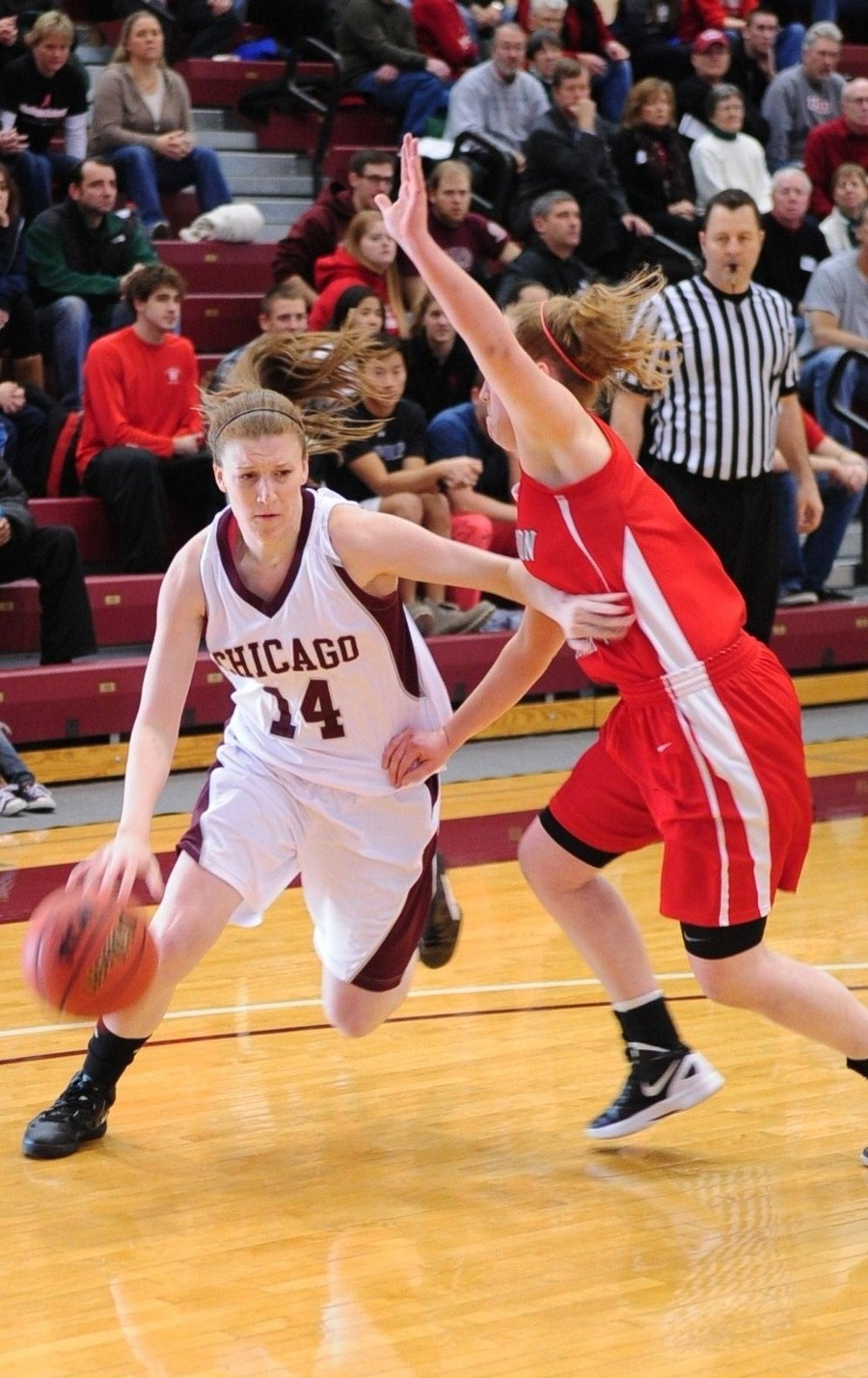 Even after losing five standout fourth-years and their head coach, the Maroons have set the bar high for the 2012–2013 season. Chicago started off its year at the Ripon College Tip-off in Ripon, WI, this weekend, where they faced Benedictine and UW–Superior.

Although it took some time for the Maroons to warm up in their debut, they quickly picked up speed in the second half, using a 15–3 run to blow the game open. Chicago saw strong offensive performances through the entire night with six players finishing with six or more points, lead by a game-high 11 points from second-year Hannah Ballard, who was later named to the All-Tournament Team. The Maroons shot 44 percent from the field versus 29 percent for the Eagles.

On the other end, Chicago relied on lock down defense to help secure the win.

“We did a exceptional job defensively,” head coach Carissa Knoche said. “Our offensive rebounds were a little lacking, but to hold a team to 17 points in the second half is very impressive.”

The Maroons struggled in the championship game, falling to UW–Superior, 64–49. Ballard had another impressive performance with 17 points and 10 rebounds, but Chicago’s offense, which was so effective against Benedictine, became its biggest weakness.

After a closely contested first half, the Maroons were held to just 25 percent shooting in the second half, compared to the Yellowjackets’ 36-percent mark. Chicago was also outmatched in both three-point percentage and free throw percentage, and turned the ball over 19 times.

“The second game was a tough match-up,” Knoche said. “Based on the circumstances, it was a good learning experience for us, but ultimately we didn’t do enough correctly to win.”

Coming off a near perfect 27–1 record last year, the expectations are still high for this year’s Maroons. Don’t expect one loss to shake up the team too much.

“I think this weekend we realized how much improving we have to do in order to be a competitive, successful team,” team captain and fourth-year guard Jenna Lillemoe said. “We are all filling in new roles from what we had last year, and although there has definitely been a transition period, we are learning quickly and trying to improve every day so that we can get to where we want to be.”

Lillemoe is not the only one with an optimistic outlook.

“This year is exciting because we have resilient kids, and no one knows what to expect from us,” Knoche said. “I feel confident that we can do better than the poll, and the [players] are using it as motivation. There are a lot of unknowns with us and that’s part of the fun. We are looking to prove some people wrong.”

The Maroons’ next game is this Sunday at Carthage, where they will aim to return to a winning record. The Lady Reds, like the Maroons, sit at 1–1. Tip-off at Tarble Arena is set for 2 p.m.