Liquor license to loosen up Logan for late Nov. 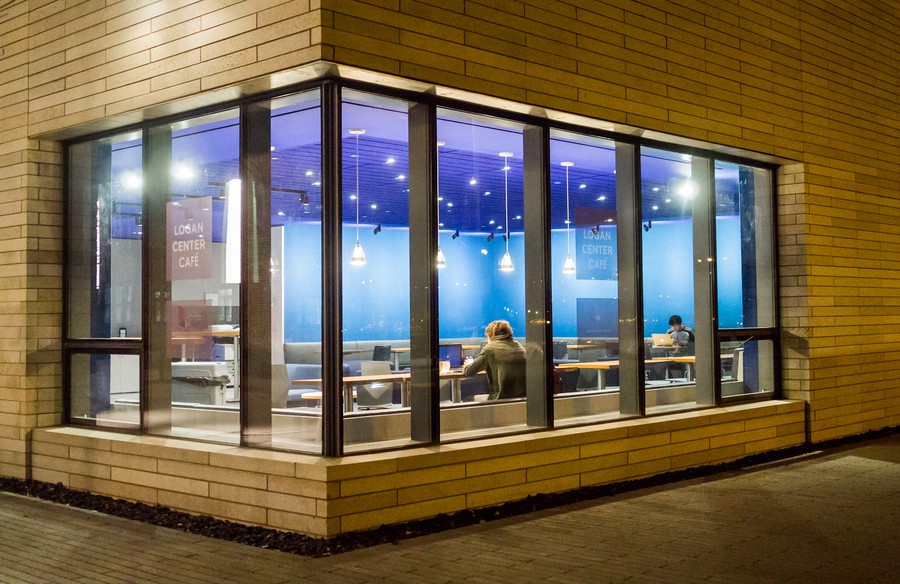 The new café at the Reva and David Logan Center for the Arts will become the first academic café to sell alcohol when it officially celebrates its opening next Tuesday.

The café will hold an open taste testing to select a unique menu of beers and wines. Among the current possibilities are a variety of local craft beers, like Three Floyds, although no final decisions have been made.

Maroon Dollars from the undergraduate meal plan will be accepted at the Café for the purchase of food and nonalcoholic beverages. However, students will not be able to use Maroon Dollars to buy alcohol, regardless of whether the student is of drinking age.

UChicago Dining was not opposed to the inclusion of alcohol in the menu, however, because the option of beer or wine is integral to the vision of the unique café and a more diverse campus, according to Bill Michel, director of the Café.

“We all understood the excitement about having a location on campus where someone could enjoy a glass of wine or a craft beer as a distinctive element for the Logan Café but also as a contribution to the campus as a whole,” Michel said.

The new café hopes to establish itself as a tradition in student life through a weekly Thursday special of four-dollar sangrias and one-dollar sangria iced teas—an idea inspired by the C-Shop’s one-dollar shake days, according to Michel.

Richard Mason, executive director of UChicago Dining, also said that Logan Café aims to serve a diverse audience beyond the confines of campus and therefore needs to provide a diverse menu.

“[The Logan Center] is an arts center not just for the University of Chicago but for the whole South Side of the city.  You want to have it be what you’d expect for an arts performance [space] downtown. You’d expect there to be a glass of wine or beer with a performance,” Mason said.

The café will also offer a small plates menu with a variety of cuisines. The menu will rotate quarterly and incorporate seasonal ingredients.