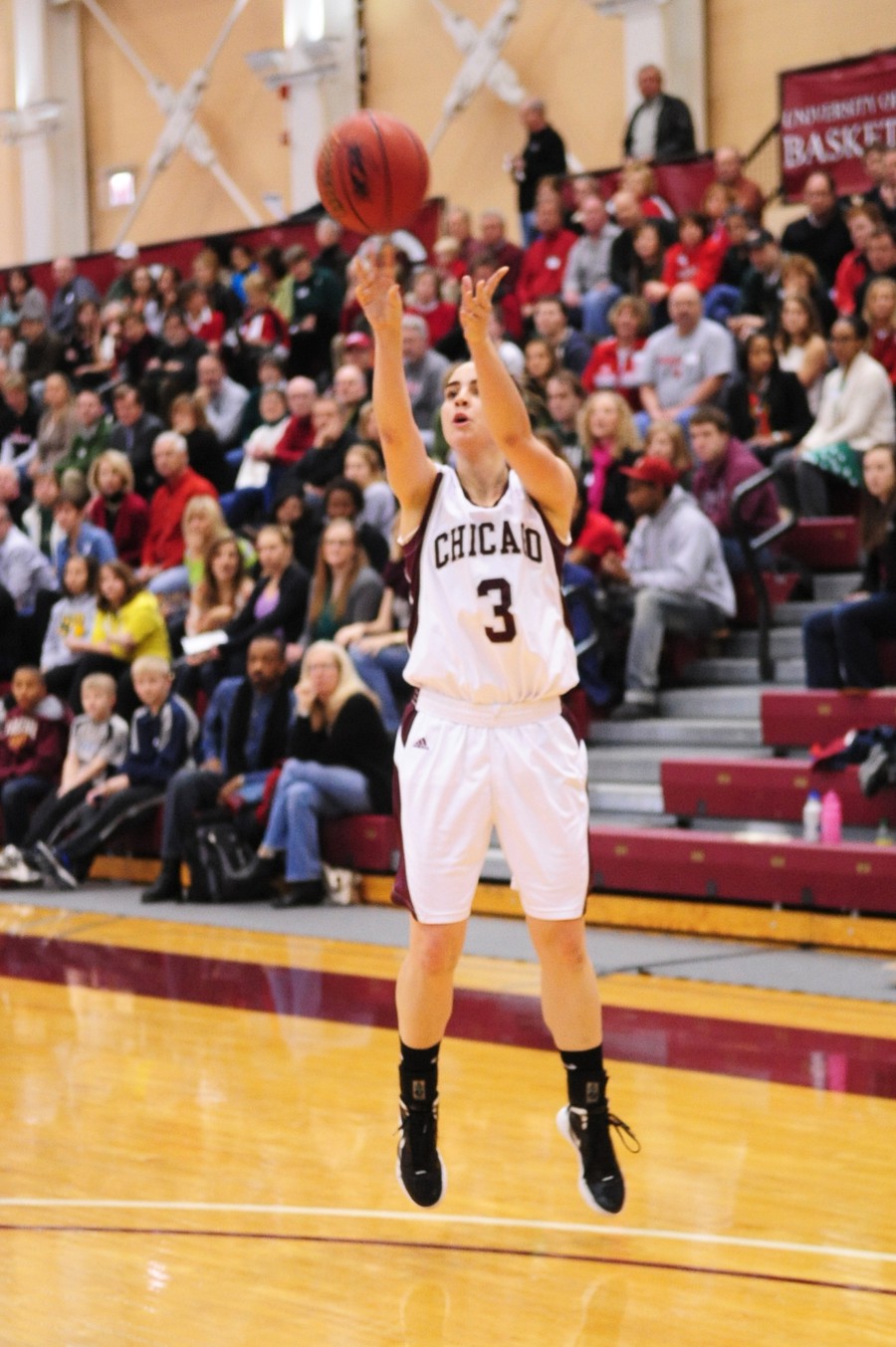 Turnovers and a lack of offensive production continued to afflict the Maroons (1–2), as they fell to Carthage (3–1) on the road Sunday by a score of 68–46.

In this matchup of defensive-minded teams, Chicago took an early 10–4 lead. But then they let it slip.

“It was a tough matchup on the road against a very good team,” head coach Carissa Sain Knoche said. “Both teams are good defensively at ‘muddying up’ opponents’ offenses and I thought we did a good job of that in 30 of the 40 minutes. We had two five-minute lapses in each half where we didn’t score and we didn’t get stops, and that’s a bad combination.”

“They had a big presence inside the paint, something we were expecting, but were obviously unable to stop,” fourth-year guard Jenna Lillemoe said.

In the second half, Chicago was unable to overcome the first-half deficit, ultimately losing by 22 points.

On Sunday, the Maroons coughed up the rock 19 times. In addition to turnovers, Chicago only had two players in double figures: third-year guard Julie Muguira and second-year guard Morgan Donovan, scoring 11 points each. The team shot just 27.8 percent from the field.

“We struggled offensively and were not crisp and efficient enough, as seen by our field goal percentage and amount of turnovers,” Lillemoe said.

However, offensive production was expected to be tough to find for a team that had lost 70 percent of its scoring from last season—graduating Taylor Simpson (12.7 points/game) and Morgan Herrick (11.3 points/game), among others. Second-year Hannah Ballard was named to the All-Tournament Team at Ripon, but was held to only two points on 1–3 shooting on Sunday.

Muguira and Donovan tried to pick up the slack.

“I thought Julie [Muguira] and Morgan [Donovan] played tough for us and did a nice job on both ends of the floor,” Knoche said.

But it wasn’t quite enough for the Maroons. Nevertheless, Knoche is looking on the bright side of the Maroons’ performances thus far.

“I am [happy],” she said. “We are all learning every day and I see us moving in a positive direction.”

Hoping to nab its second win of the season, Chicago takes on Wheaton on Wednesday.

The Thunder (3–0) outscored their opponents 238–114 in their first three games this season.

“Our goal is to continue to see improvement from what we have shown thus far,” Knoche said. “We have a tough stretch of games coming up against four very good CCIW teams so we need a ton of focus and effort over the next 10 days.”

Tip-off at home this Wednesday against Wheaton is set for 6 p.m.