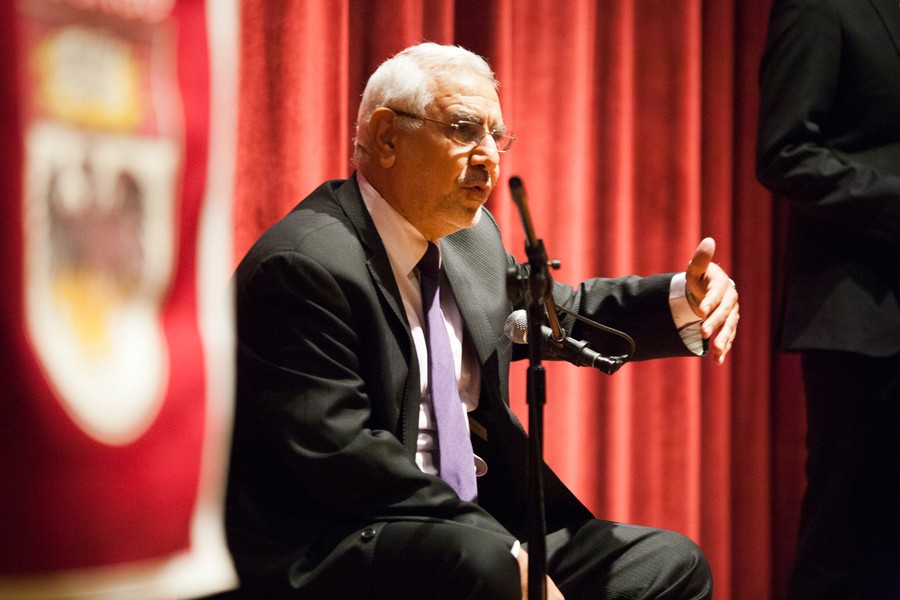 Former Egyptian presidential candidate Dr. Abdelmoneim Abol Fotouh, who unsuccessfully ran in the election held earlier this year, spoke to a packed audience in International House on Monday about the future of Egypt under its new democracy.

According to Fotouh, whose Arabic was translated by the event’s moderator, Dr. Abdullah Al-Arian, Egypt’s newfound democracy is here to stay.

“Regardless of where [parties] sit on the political spectrum all have agreed that there’s no going back to the dictatorship and subjugation and that democratic institutions are what have to arise from this process,” he said.

Last year, Fotouh resigned from a leadership position in the currently ruling political party, the Muslim Brotherhood, and is now the head of the new “Strong Egypt Party.”

“The January 25th uprising is a sign that things will never go back to the way they were,” he said. “Even after two or three months, the idea that the president could immunize himself against any accountability sent many Egyptians into the street.”

“On the one hand they can be an advocacy organization for religious purposes but at the same time be a political party. I think those two things should be separated,” he said. “They must recognize that a democracy is not simply a means to achieve power but an end in and of itself.”

When it comes to the U.S.’s role in the new Egyptian democracy, he asked for a hands-off approach.

“The Egyptian people don’t wait for the U.S. to decide whether or not Egypt wants democracy or doesn’t want a democracy, for Egypt, or for any country, for that matter,” he said. The possibility of parties to use democracy as a way to acquire power, for Fotouh “is a challenge for [Egypt] to internally face—not one for other countries to intervene in.”

The talk was put on by The Student Forum on Political Thought, a coalition of U of C student organizations that addresses current events they think are overlooked by academics, politicians, and the media.